The reason for this year’s invitation was the fact that Belgium, one of the Eurocorps framework nations, by the composition of the parade wanted to show the international dimension of its engagements both in international organizations and in operations. That’s why – after the inspection of the troops by the King of Belgium – two multinational marching detachments from Eurocorps representing the Eurocorps nations joined the 2 km parade in the crowded streets of Brussels. The first detachment consisting of 30 soldiers has been invited due to the fact that headquarters Eurocorps celebrates its 25th anniversary this year. The second detachment composed of 12 soldiers from Eurocorps being deployed to the European Union Training Mission (EUTM) in the Central African Republic during the 2nd semester of 2016. They marched abreast with their Belgian comrades from EUTM Mali. For the participating soldiers from Eurocorps it was an unforgettable event and with a lot of new impressions they returned to Strasbourg 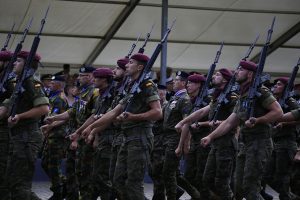 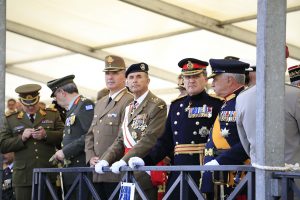 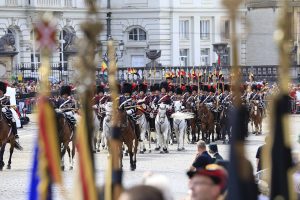 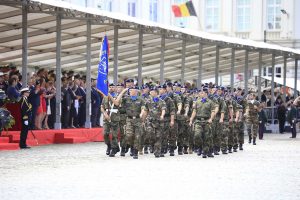