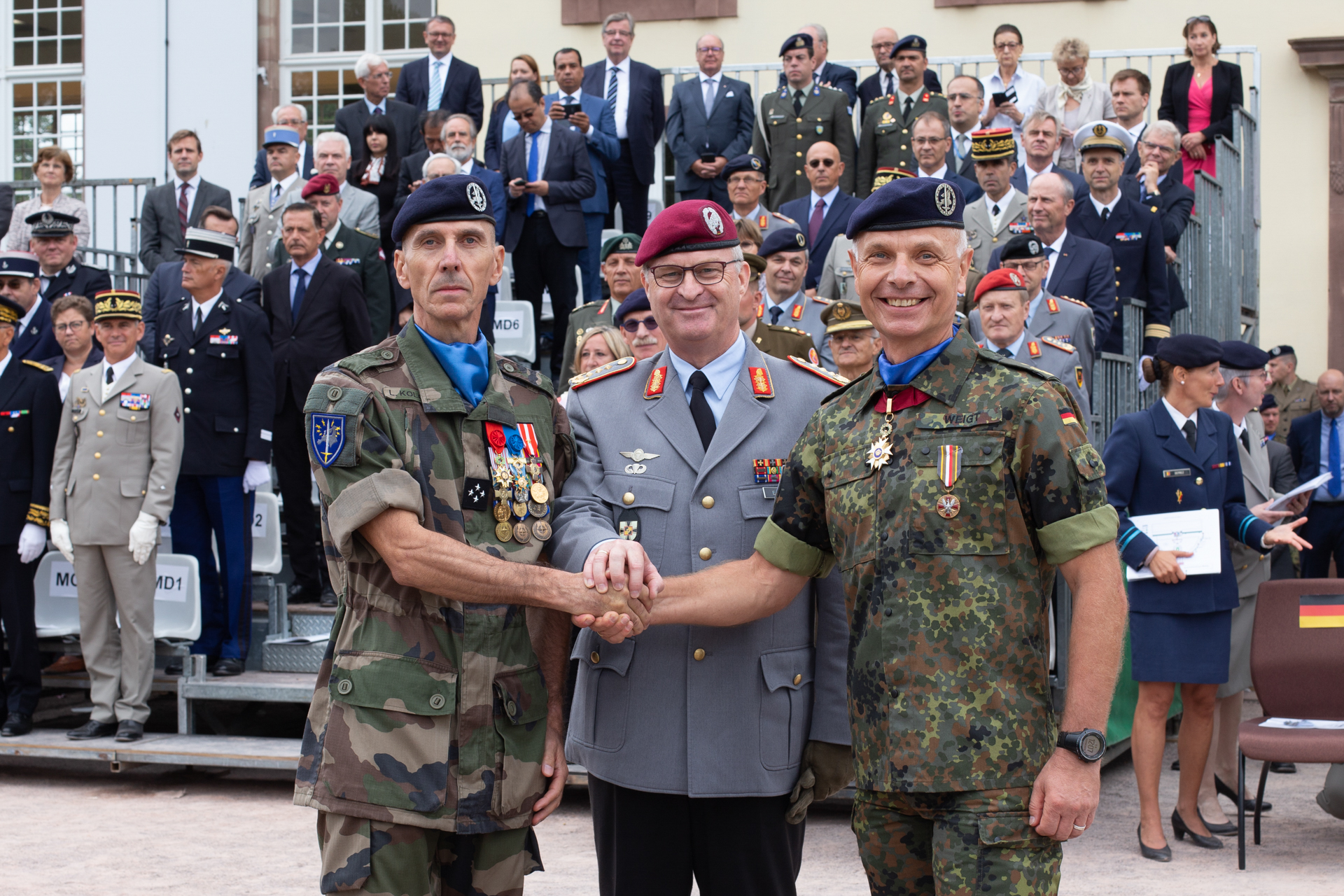 Strasbourg, 11:00. The normally quiet and peaceful “Parc de l’Orangerie” is startled by military music. Commands echo along the picturesque Pavillion Josephine. Change of command at the Eurocorps just begins.

General Eberhard Zorn, CHOD of the Bundeswehr, chaired the military parade with the attendance of the other framework nations Chiefs of Defence (CHOD), Belgium, France, Luxembourg and Spain. They constitute the military part of the Common Committee, responsible for all missions, actions and the budget of Eurocorps. They inspected the parade formation at the beginning of the ceremony together with the Commanding General. About 400 soldiers took part in the ceremony within the parade formation. They represent the various units of the Eurocorps: the Staff, the Multinational Support Brigade, the Support Battalion and the Signal Company from Lebach in Germany. After the inspection Lieutenant General Jűrgen Weigt, exchanged the Command group of Eurocorps. The Command Group of Eurocorps consists of the flag officers of the five framework nations and Poland. The exchange was necessary, because all posts on the Command Group level, which means personnel with golden stars rotate also every two years and through the nations.

The leaving Commanding General used the opportunity to emphasize essential achievements under his leadership, such as the successful completion of the European Training Missions and the preparation of the forthcoming NATO engagement. He thanked the multinational staff for its work and commitments over the past two years and underlined the quality of work:
“All these achievements were made possible by a robust team spirit. In the past months, I have observed the highest human and professional qualities enduringly exhibited amongst the staff, including eagerness to succeed, willingness to improve, pride in one’s commitment to ambitious endeavors and lasting mutual trust.” Lieutenant General Weigt also highlighted the close relationship and cooperation of the French authorities such as the great support given by the French military governor and the city of Strasbourg with its mayor Roland Ries. Finally, he took the opportunity to underline the uniqueness of the Eurocorps in comparison with other military units: “At a moment when Europe is in need of visible symbols of unity, I hope that EUROCORPS could, in the near future, become one of the continent’s flagship bodies, with particular relevance in the construction of a more tangible European Defence.”

After his speech General Eberhard Zorn, CHOD of the Bundeswehr, ordered Lieutenant General Weigt to hand over the pennant of Eurocorps as the visible sign of his command and to Lieutenant General Laurent KOLODZIEJ to take over it marking by that the change of command of Eurocorps. Lieutenant General Laurent KOLODZIEJ, Eurocorps new leader  was commander of the French Rapid Reaction Corps in Lille until the end of August.
Addressing the troops, Lieutenant General KOLODZIEJ underlined the privilege but also the challenges that are in front of him. Privilege as Eurocorps is a multinational headquarters unique of its kind in Europe and above all a military structure rich of a huge operational experience. A challenge also because this 1000 men strong HQ from 10 different nations is to be certified for NATO end of year and will take-over the role of a Land Component Command for the NATO Response Forces in 2020. Finally, he also gave a special attention to all his prestigious predecessors and to the Alsace region that this year will commemorate the 75th anniversary of its Liberation. 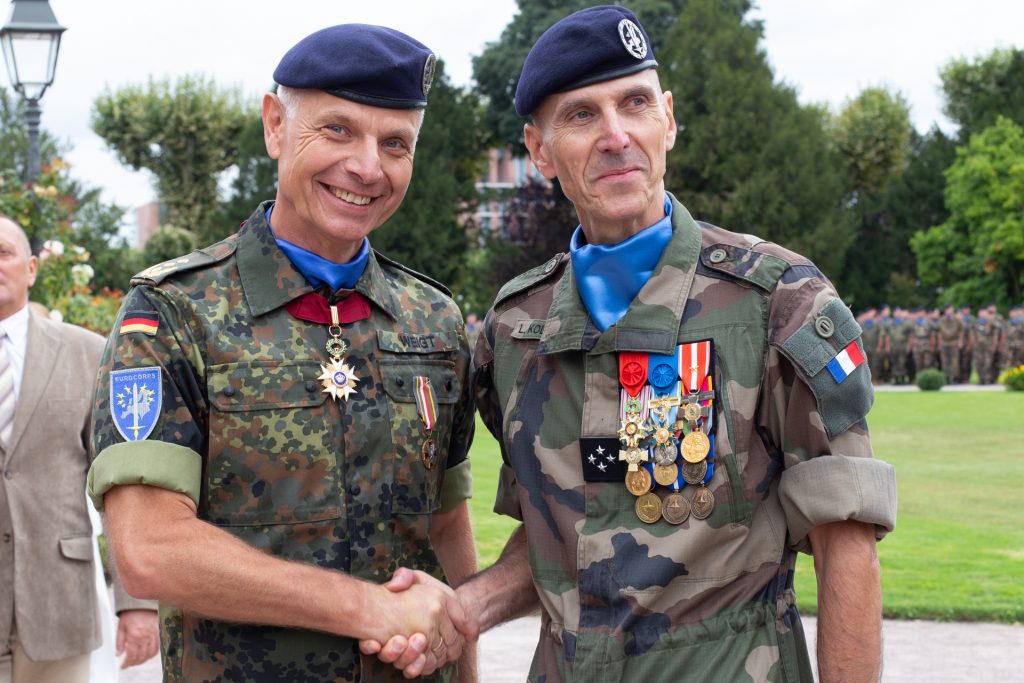 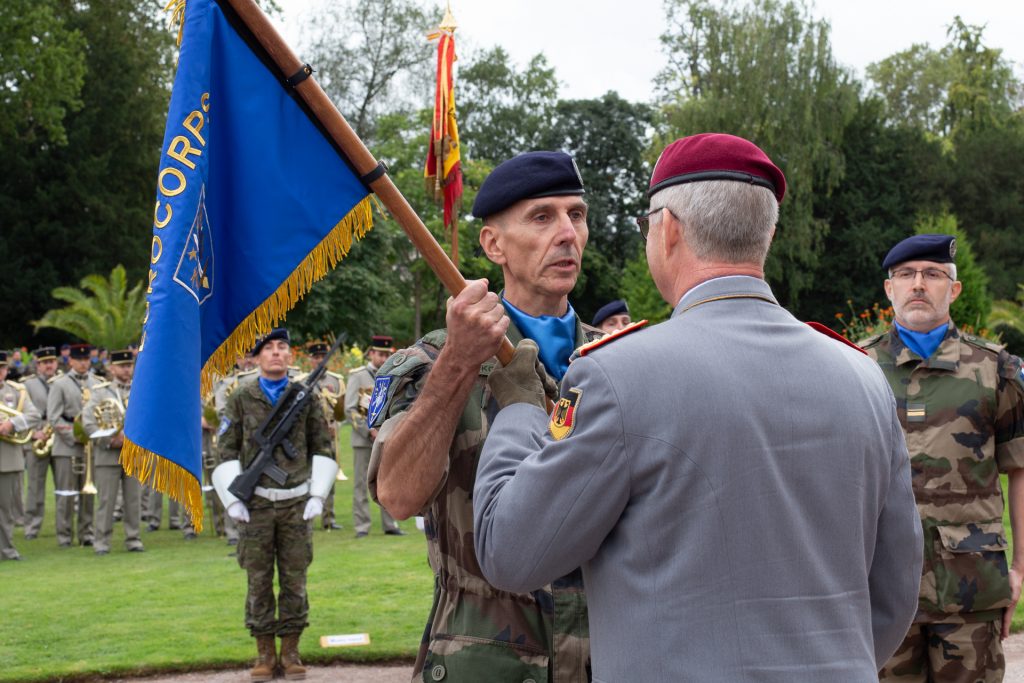 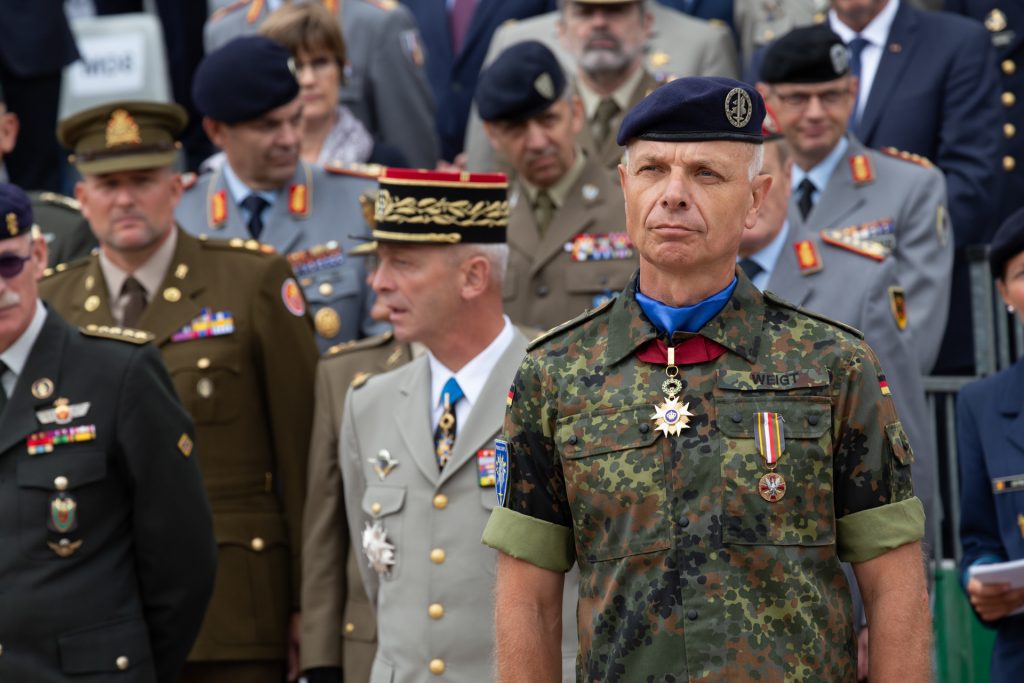 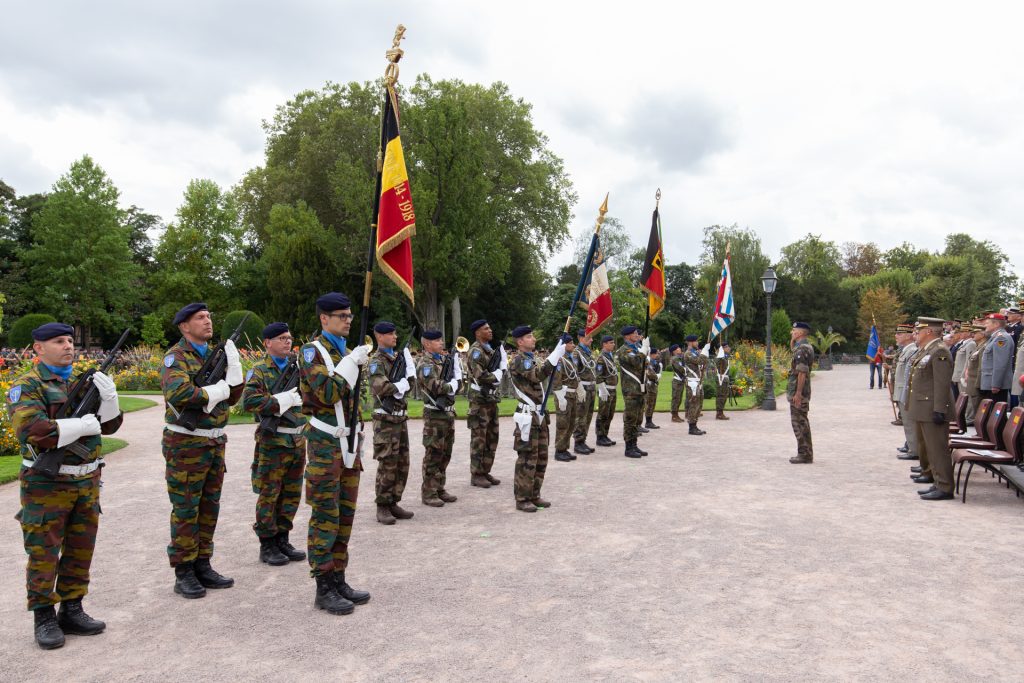 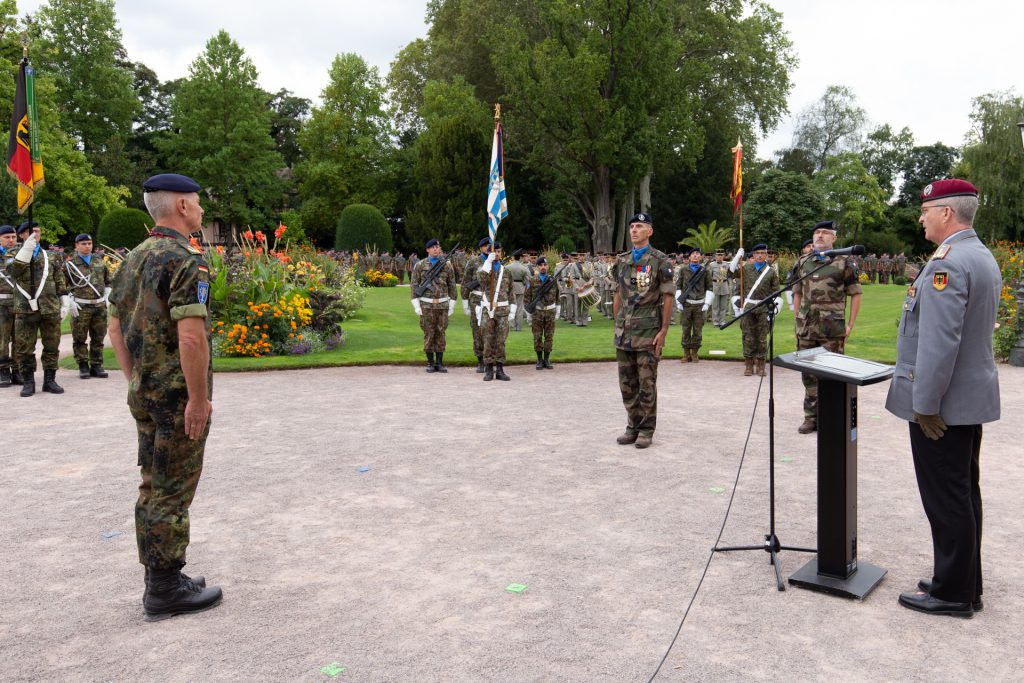 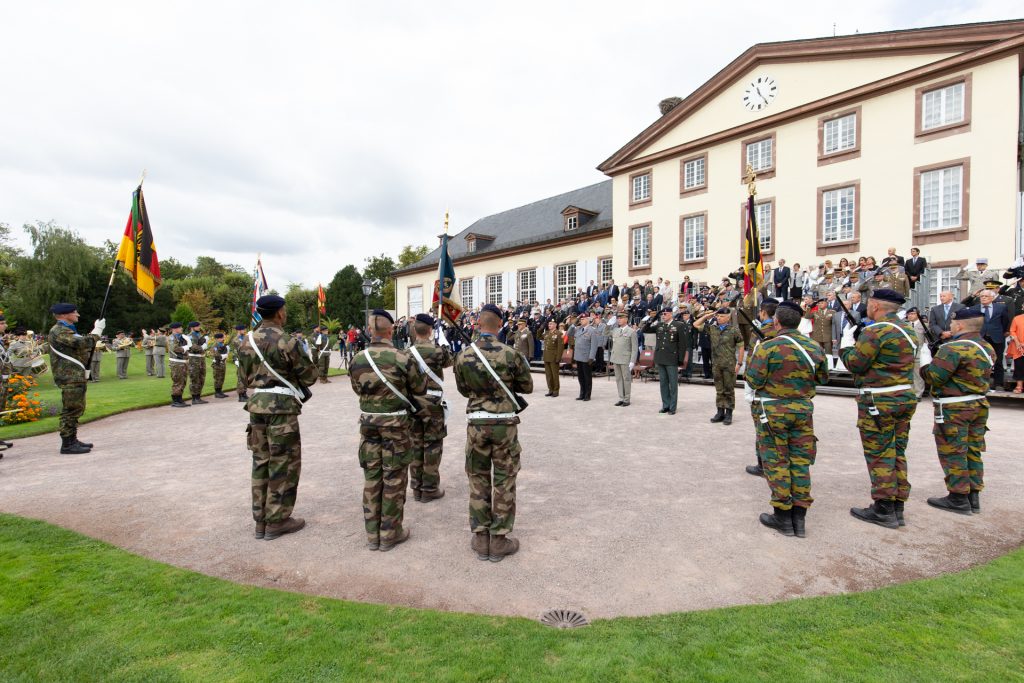 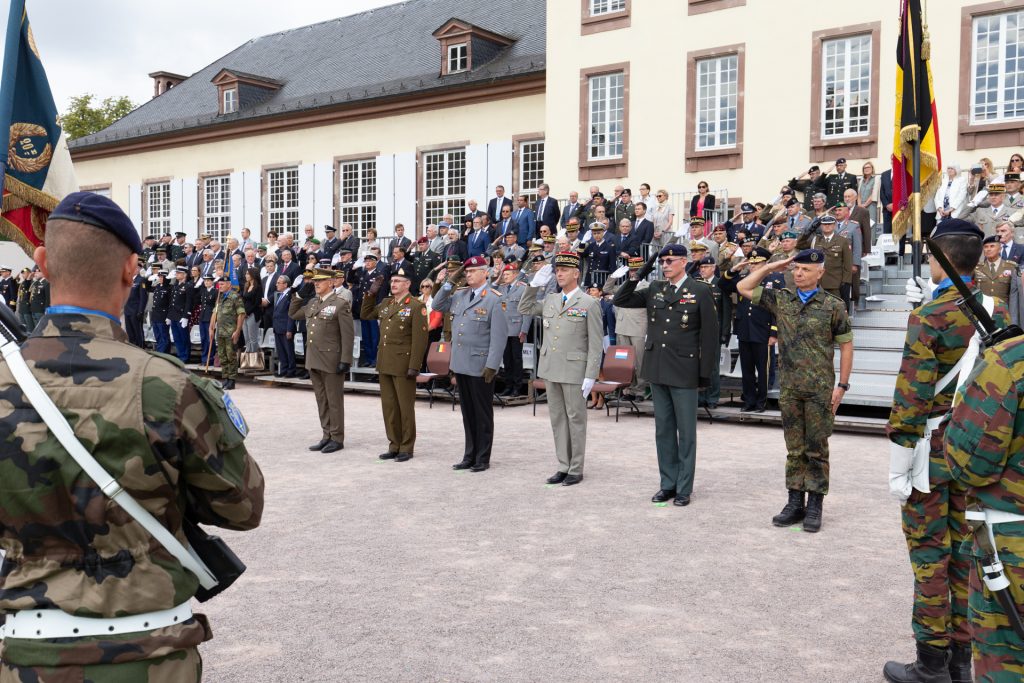 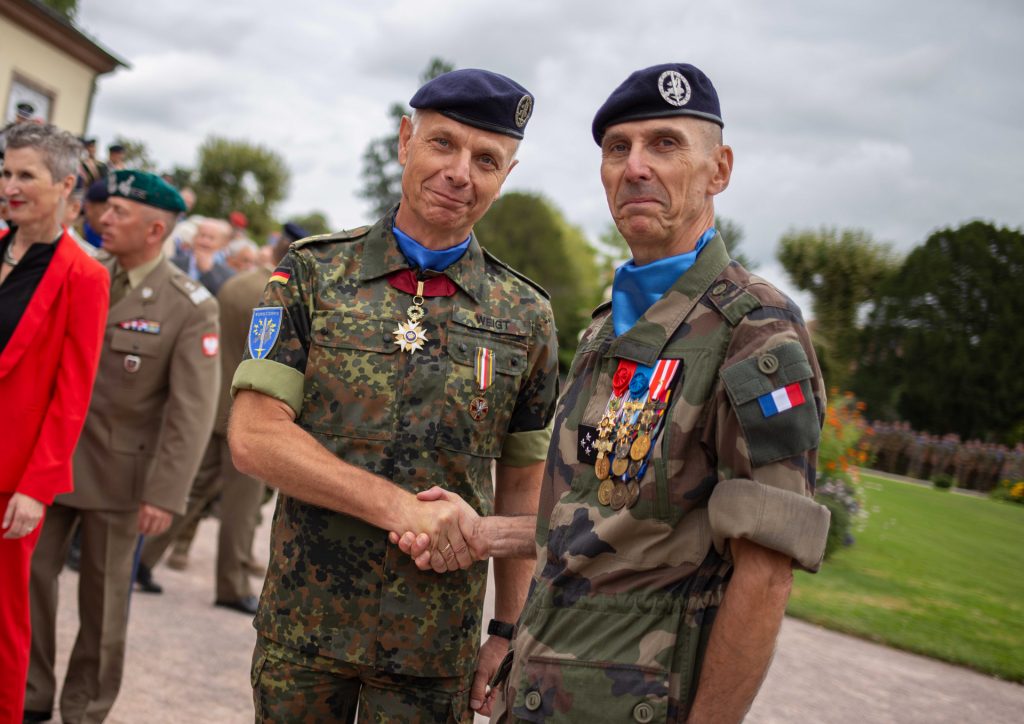 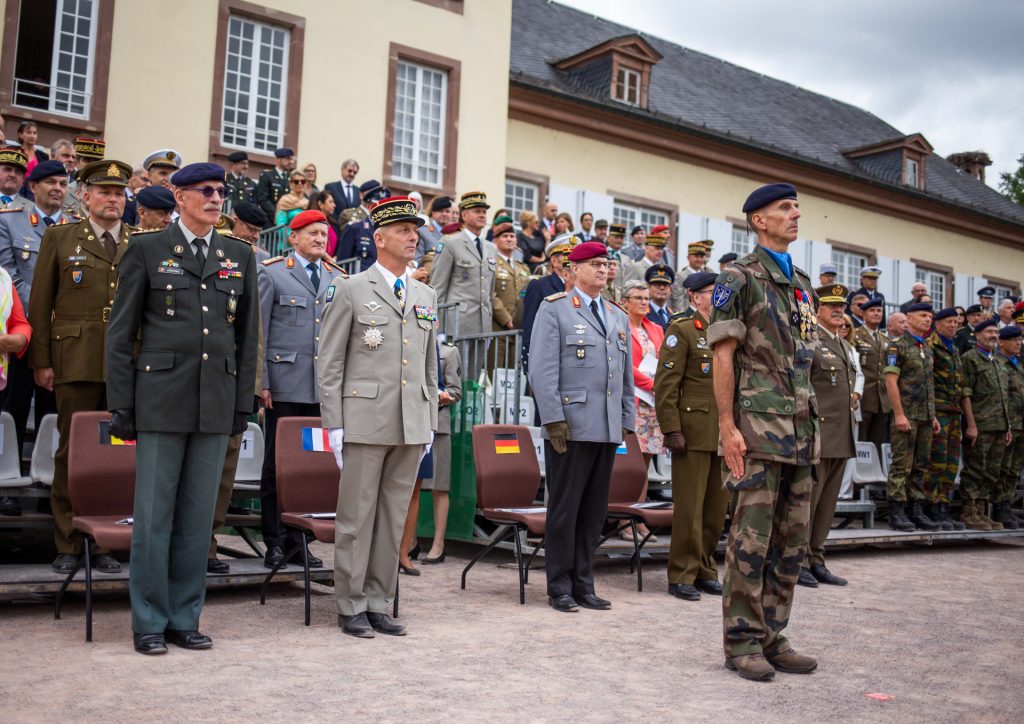 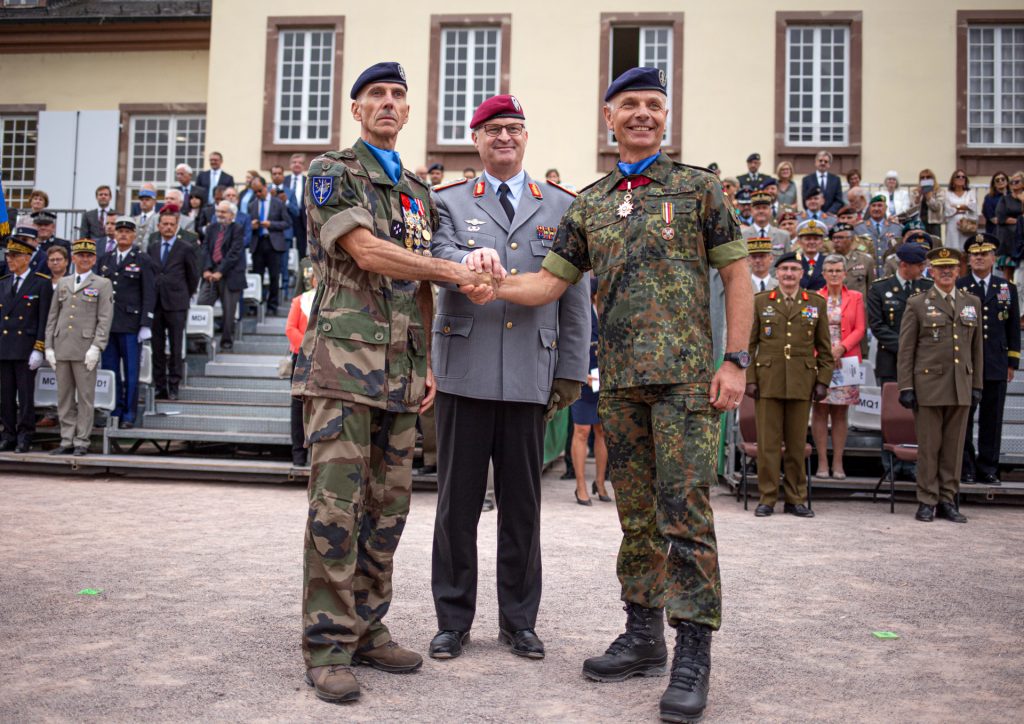 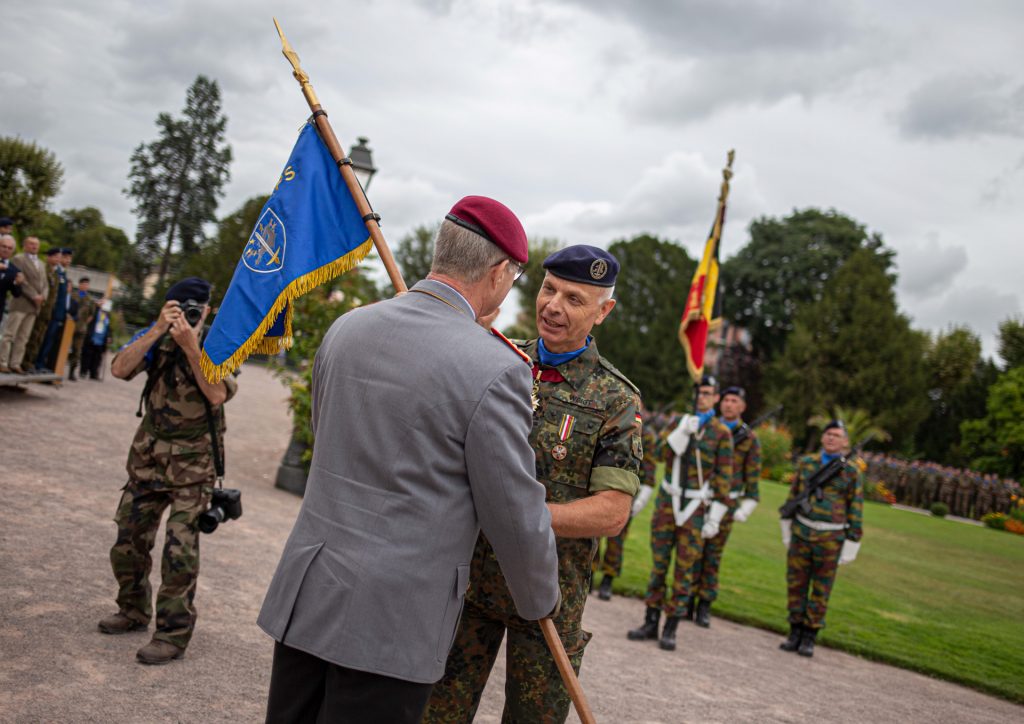 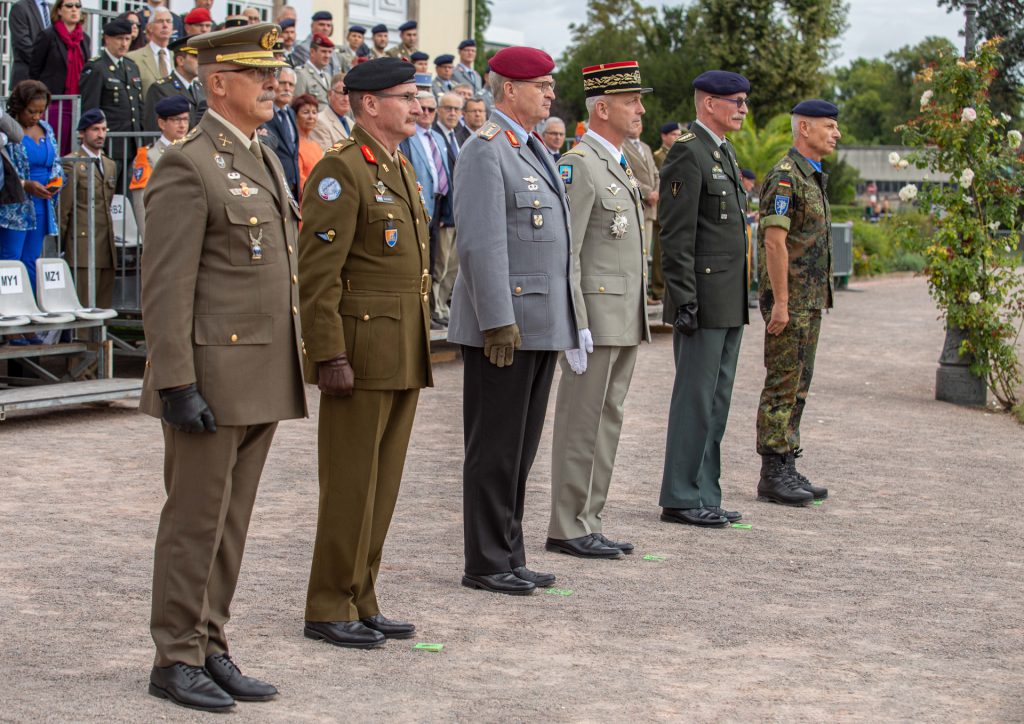 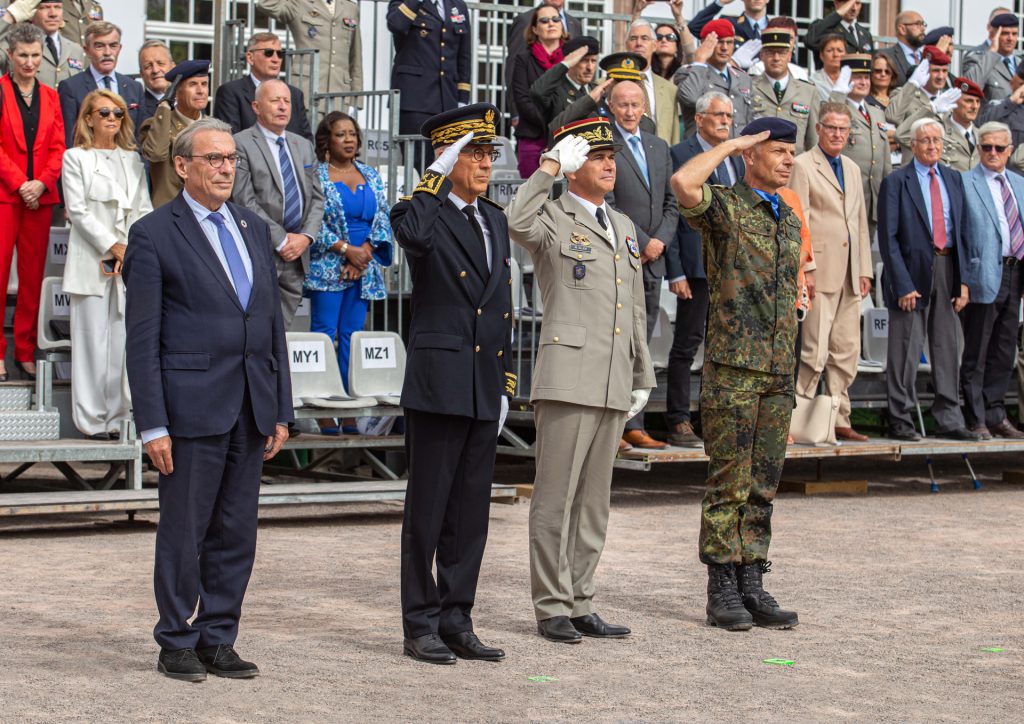