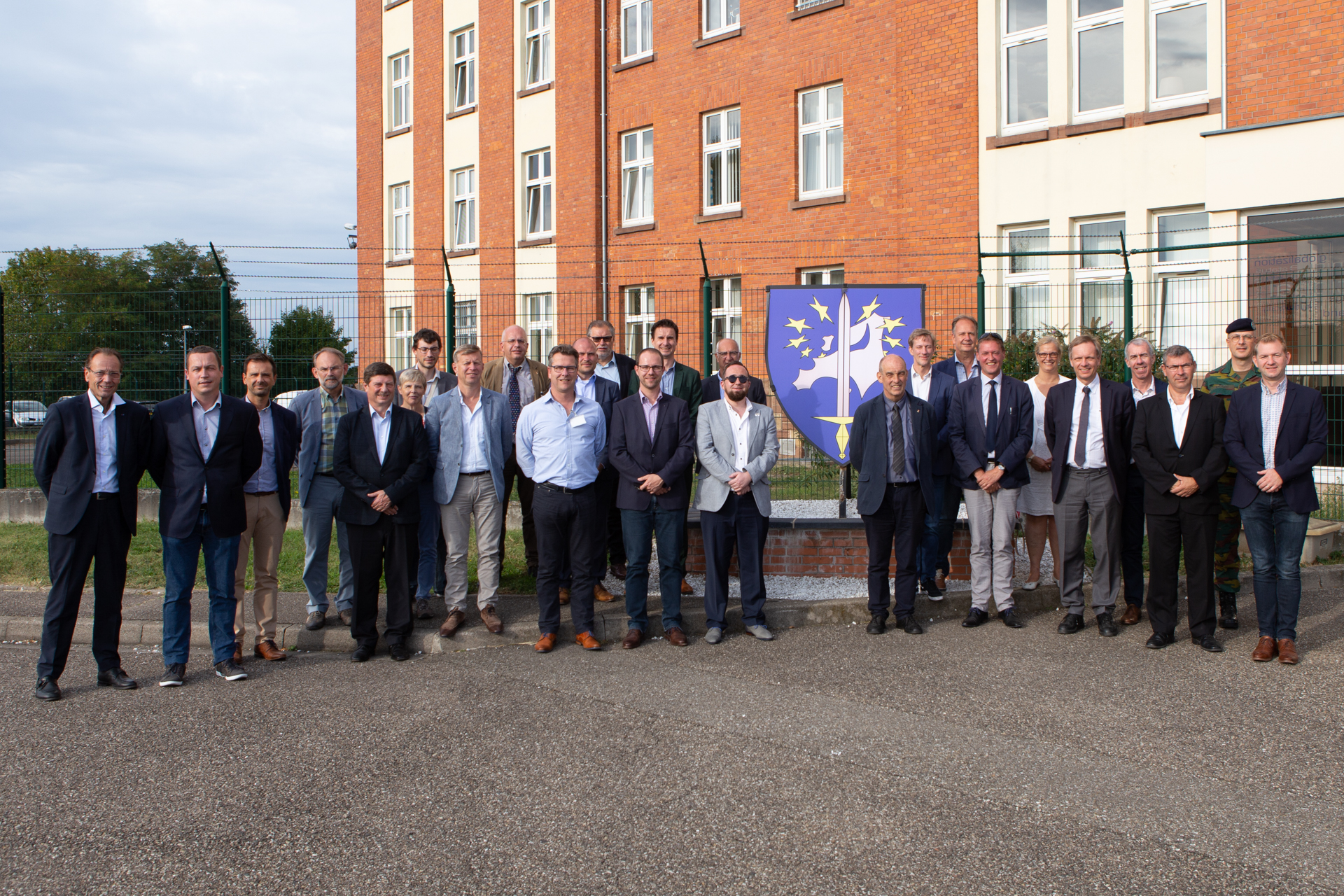 On 16 September 19, a delegation of 25 graduates of the Belgian War College, augmented by flag officers of the Federal Police, visited EUROCORPS. The delegation, led by MG Ret. Albert Husniaux (BEL Air Force), was welcomed and briefed by COL Didier Calmant (BEL Army), a graduate of the War College 2017-2018 himself.

The Belgian War College aims at fostering cooperation and understanding between military officers (Colonels and above) and high representatives from other Ministries (especially Internal Affairs and the Ministry of Justice), Police Forces, political movements, Defense Industry and from Security and Defense think tanks.

COL Didier Calmant briefed about the specific nature of EUROCORPS and highlighted the truly multinational character of EUROCORPS, a Force available to both EU and NATO.

The visitors showed high interest in EUROCORPS’ upcoming role as Land Component Command for the NATO Response Forces (NRF) 2020. They wished EUROCORPS a successful Evaluation Exercise TRIDENT-JUPITER 19-1, to be held at Joint Warfare Center in Norway at the end of the year and the last milestone in EUROCORPS’ preparation for NRF.