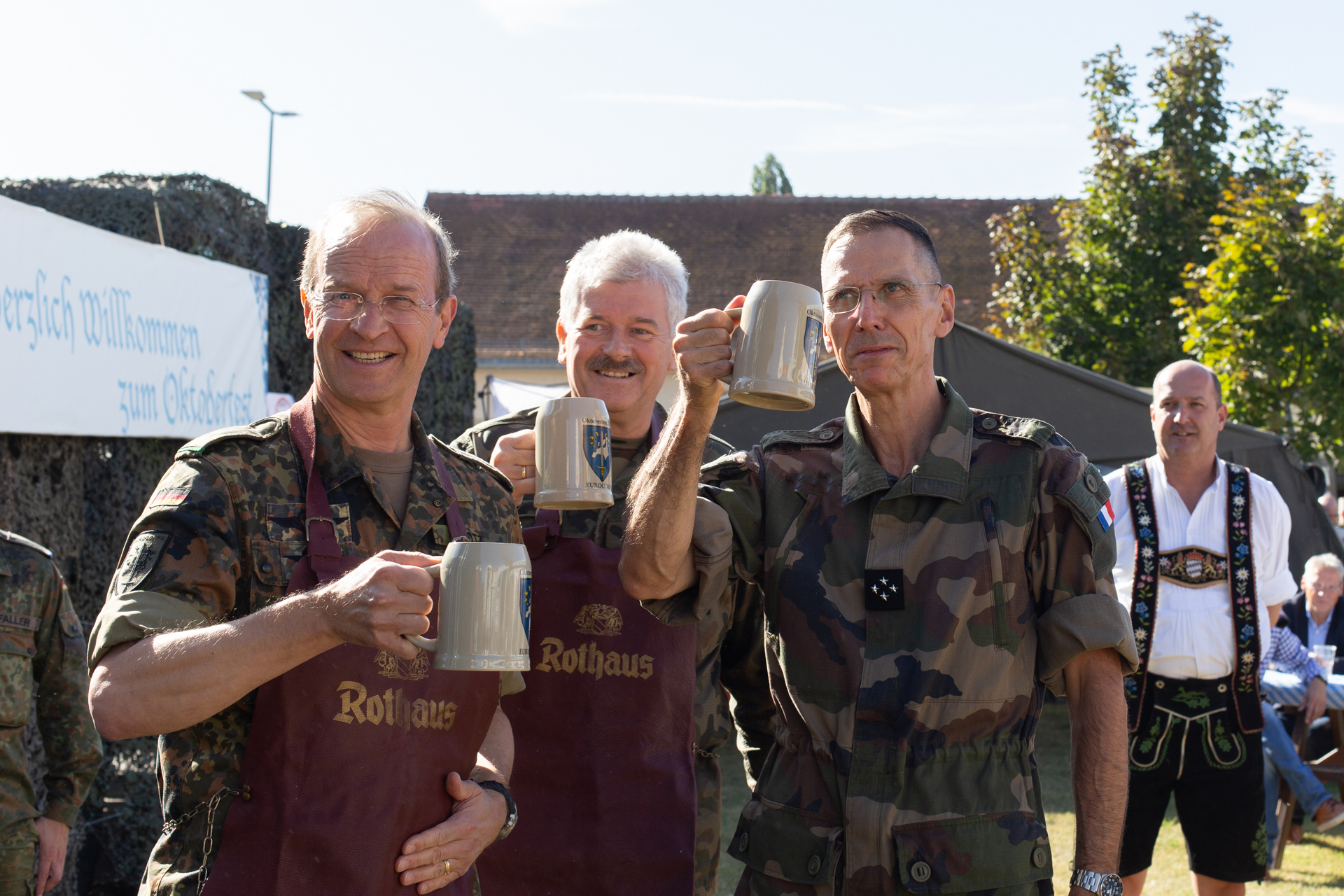 Strasbourg. 15:30. With warm, sunny weather the Oktoberfest started at Eurocorps in Strasbourg. It was already the 22nd time during the 26th anniversary of the Eurocops that it was held on the military grounds in Lizee barracks and thus also a piece-wide tradition. For the German and the Polish soldiers it´s above all a piece of home abroad and an opportunity to show their tradition to the comrades of the other nations. It was also a possibility to get into conversation with them outside the normal official framework. Spouses and children included!

On this Wednesday afternoon, numerous stalls were set up where coffee, cake, children’s attractions, wine and beer were served. For the new deputy commander general Josef-Dieter Blotz also an opportunity to turn to the guests and the soldiers of the Eurocorps as host for the first time, scarcely short time after taking over his official business: “…since the first Oktoberfest in Munich in 1810 this event has

first over the whole of Bavaria, then over Germany and finally over the whole world. This of course also includes traditional clothing such as Lederhosen and Dirndl. This tradition has also reached us at Eurocorps and marks the annual celebration of the German and Polish contingents.”

With these words began the traditional tapping of the beer and the distribution of the beer mugs. A tradition almost every foreign soldier knows, no matter if he drinks beer or not. For the wine drinkers there were then at least the possibility to empty a glass with and on the “Legion”. The event lasted four hours. A short time to hold back, take a breather, exchange and family. A last chance to sit together! Soon large parts of the Eurocorps support units are moving to Starvanger in Norway. There they prepare the four-week certification exercise. The rest of the staff will follow shortly afterwards. This means that a large part of the staff will be committed until the end of the year to successfully complete the NRF preparations of the Eurocorps, the readiness as a Land Component Command.

The event ended in the early evening. Hundreds of portions of veal sausage, knuckle of pork, sauerkraut and hundreds of beer were eaten. The message of all:

A great event combined with the wish that this will also take place also next year, despite NRF commitment. 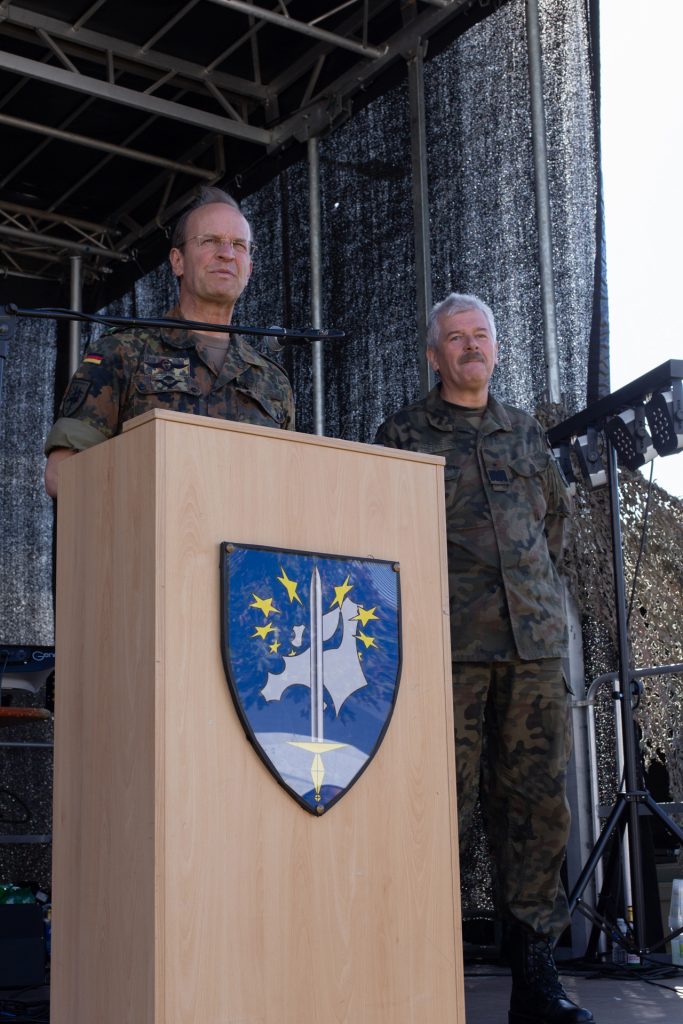 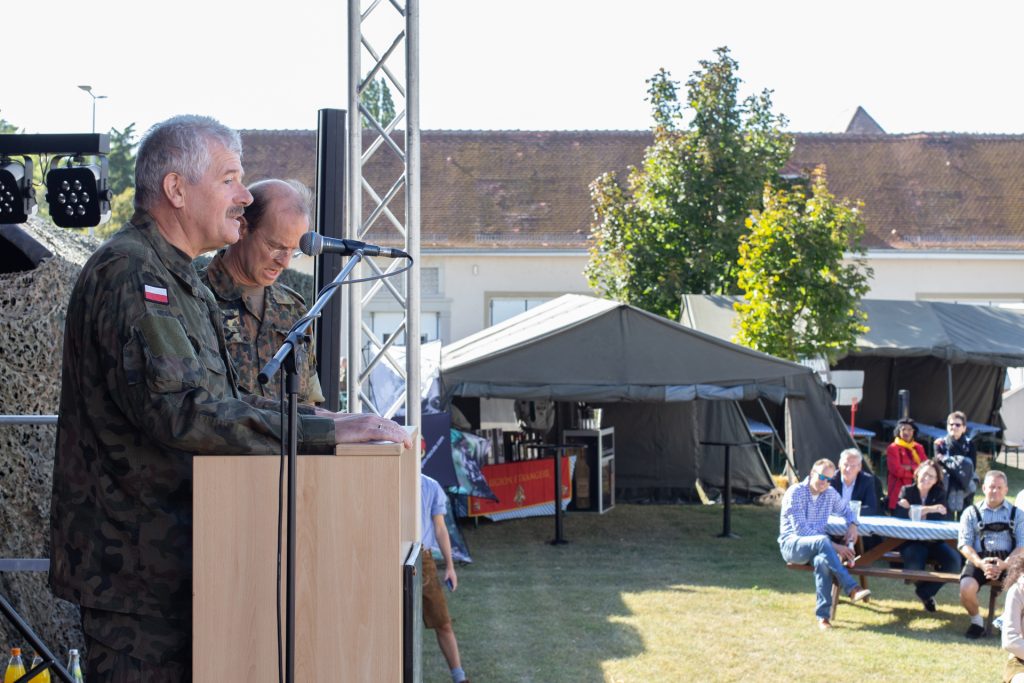 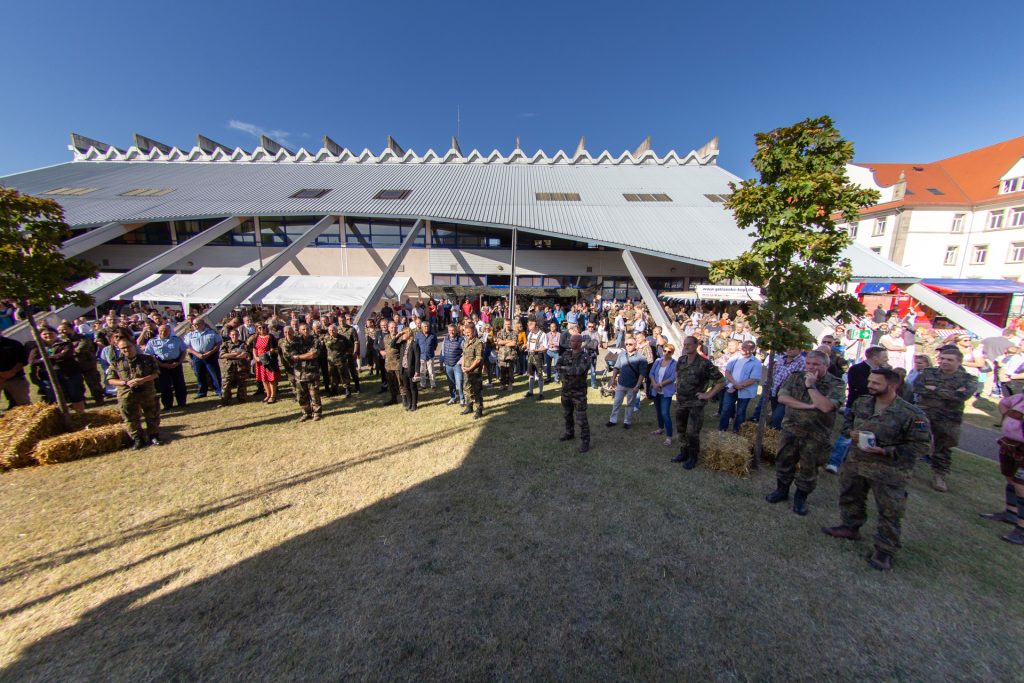 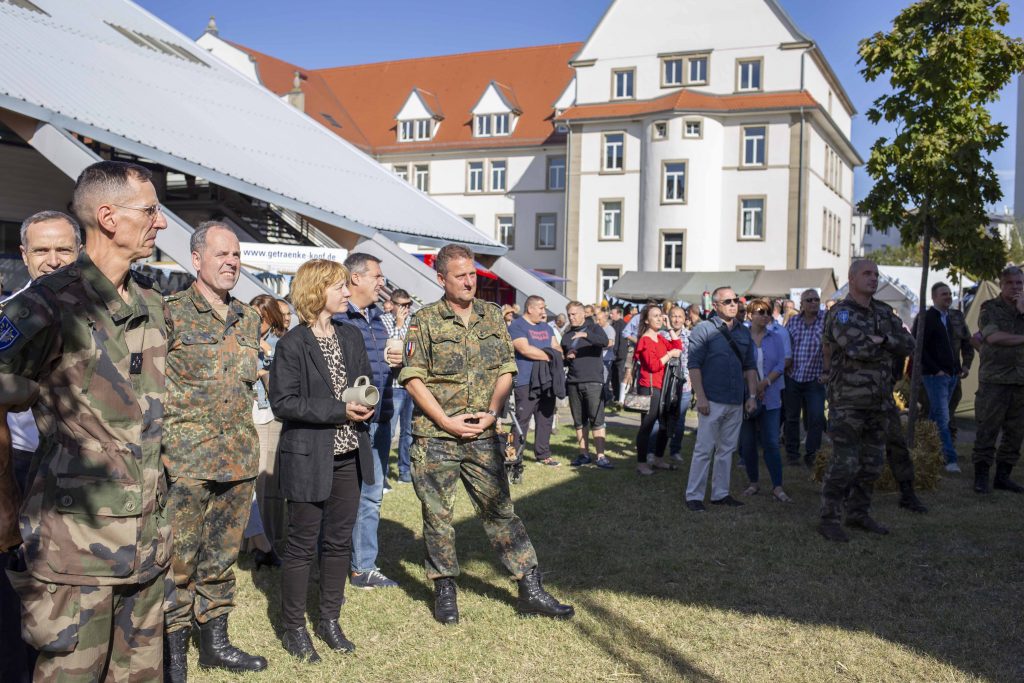 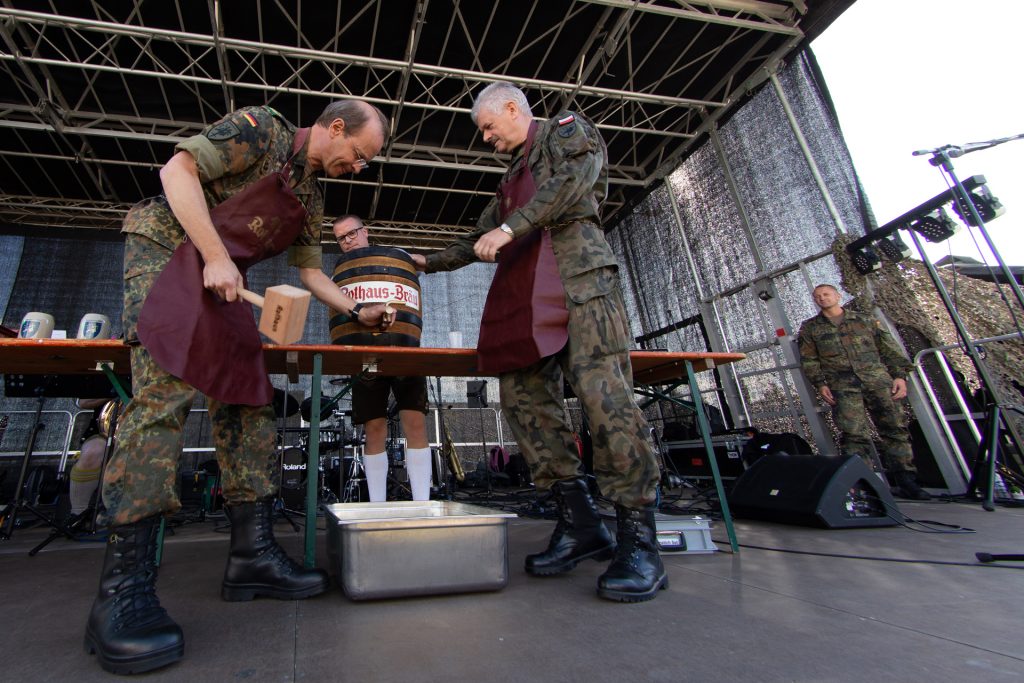 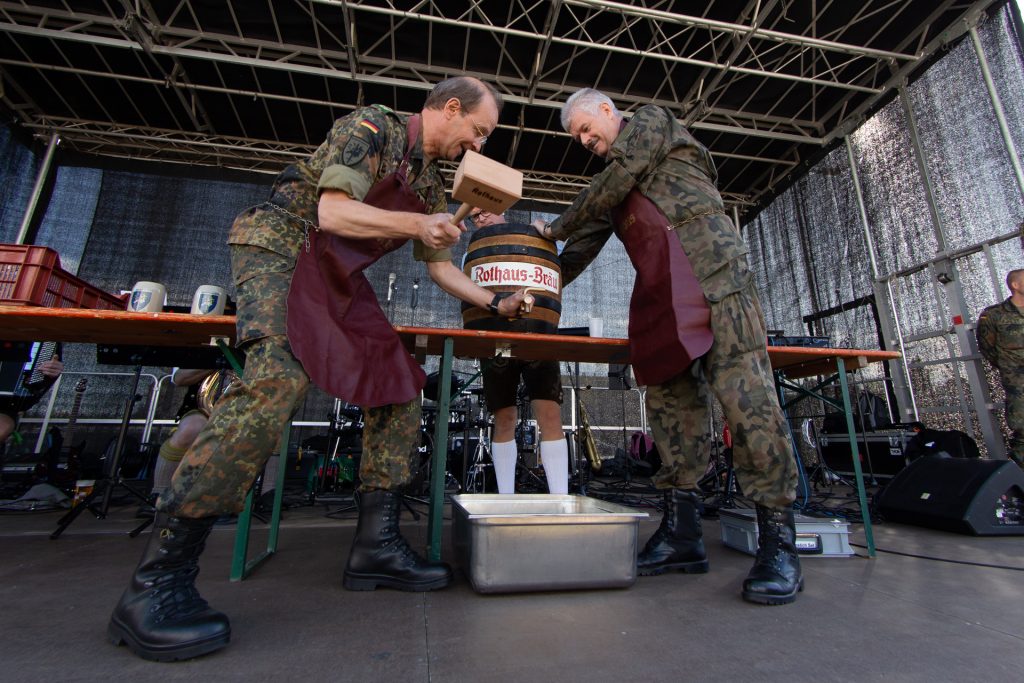 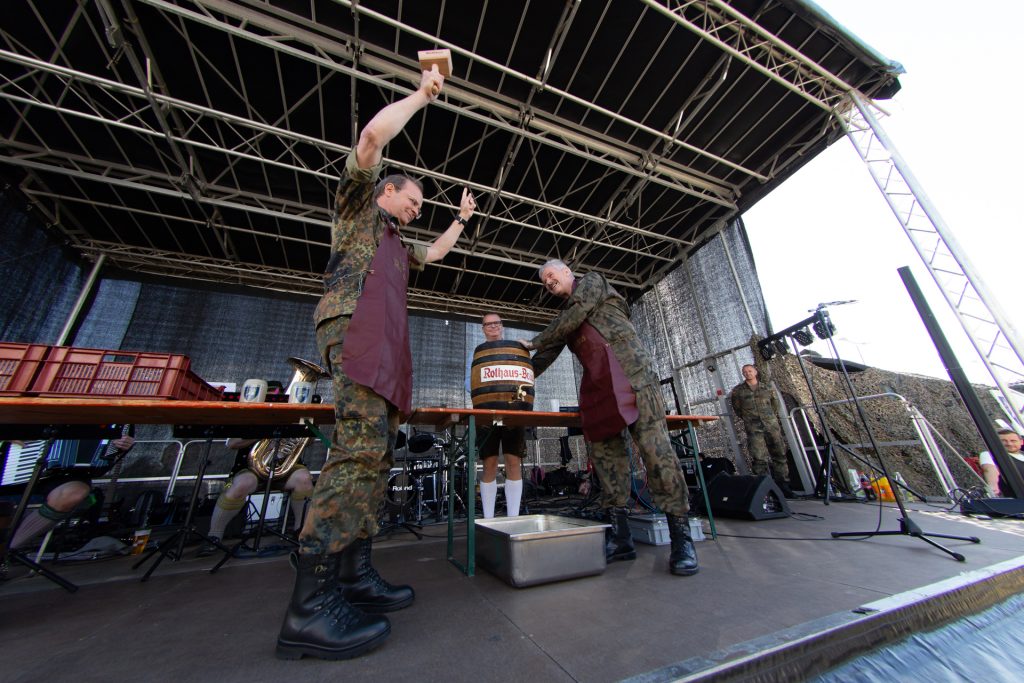 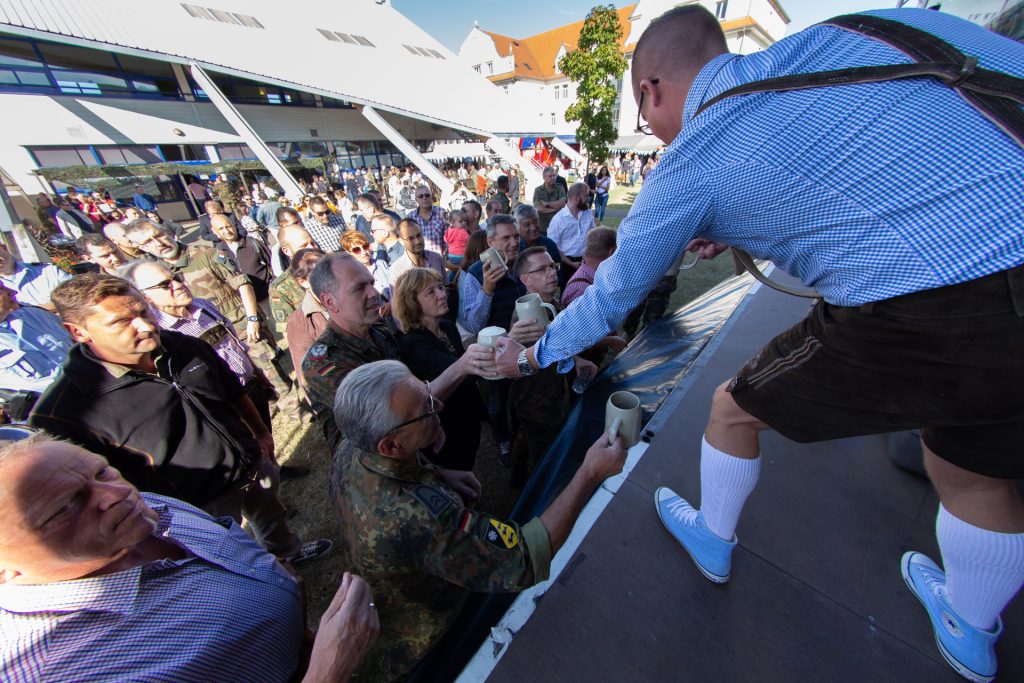 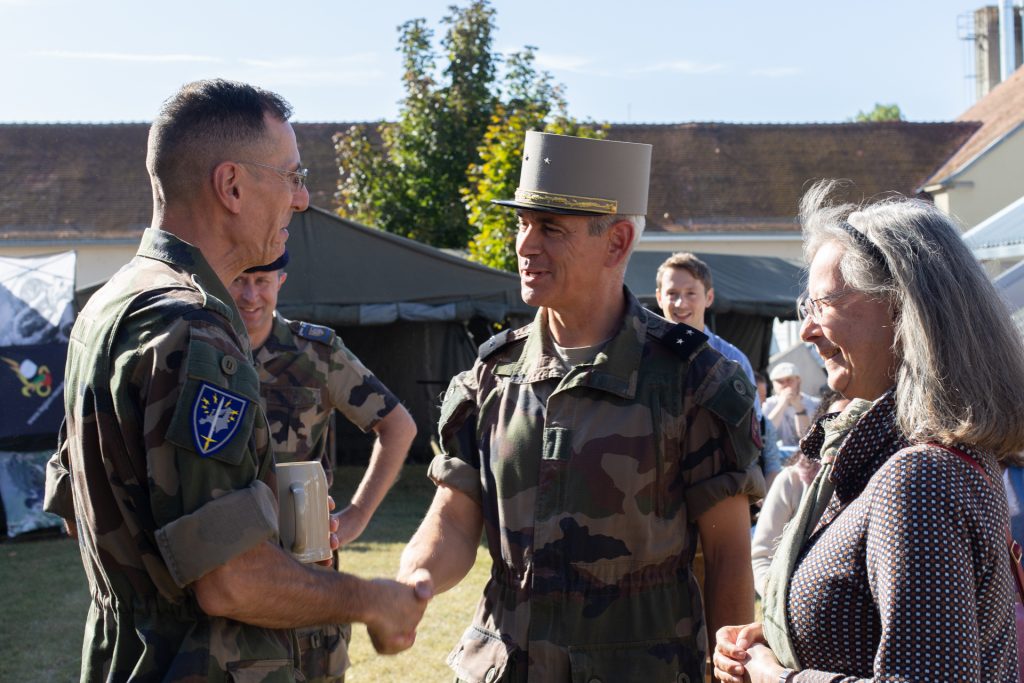 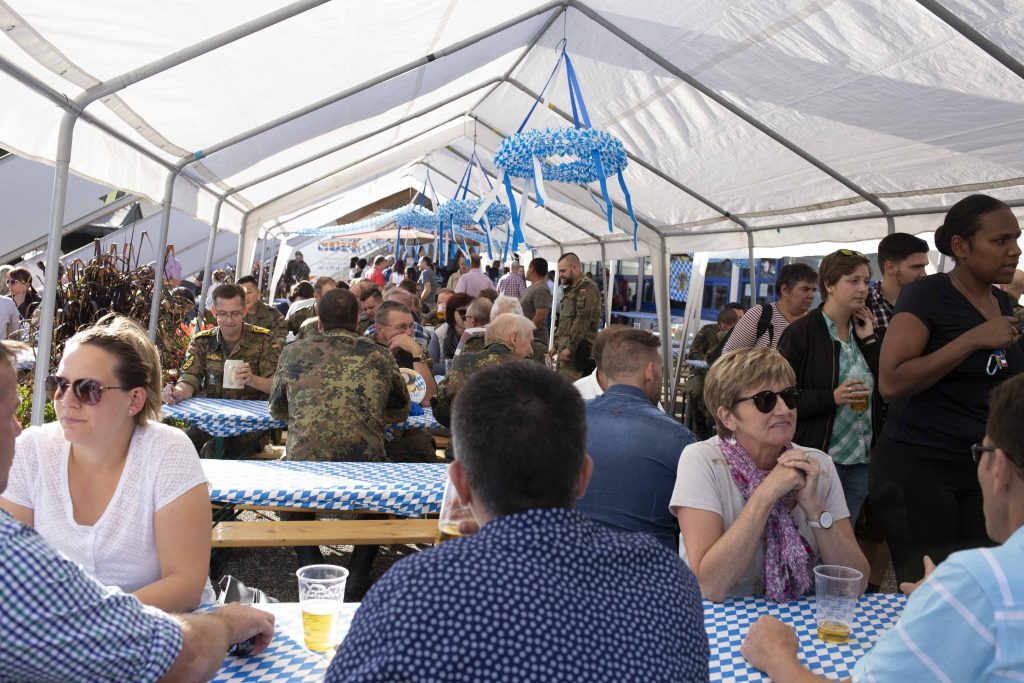