Certification as the Land Component Command of the NATO Response Force

HomeNewsExerciseCertification as the Land Component Command of the NATO Response Force 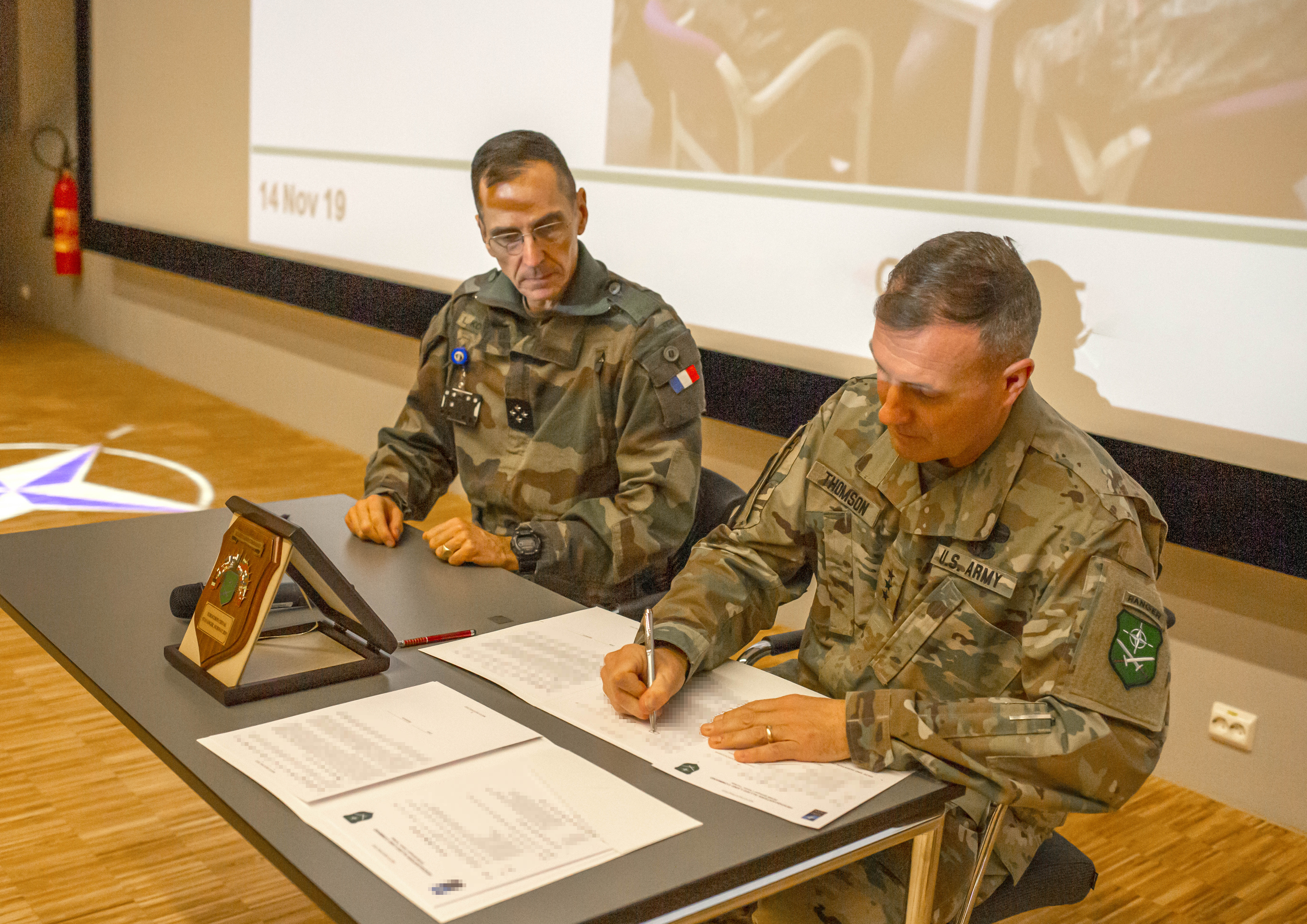 STAVANGER, 7:00 a.m. Hundreds of soldiers stream into an elegant building close to the fjord. The building is the NATO Joint Warfare Center (JWC) in STAVANGER. The bulk of the soldiers arrived in Norway on a pair of two-and-a-half hour charter flights from Strasbourg. They have one clear mission:

Certification as the Land Component Command of the NATO Response Force!

Before things can get underway, soldiers must be in-processed, as NATO calls it. This means checking security papers, paying for food and accommodation and last but not least, a walking tour of the bunker. Because the stately building is not the training area: that lies beneath many meters of solid rock.

Since this underground shelter will serve as EUROCORPS servicemen’s workspace for three weeks to come, tours are required due to fire safety reasons. Tour groups are shown a video by “Bunker Björn” outlining basic fire prevention protocol. Members of the bunker fire brigade show the soldiers around, pointing out emergency exits. The bunker fire brigade is on site 24/7, manned by specially trained soldiers, a sort of military fire brigade. Only after a thorough visit of the premises may EUROCORPS servicemen attend to their routine duties.

The exercise itself is split up into several parts. First comes the one-week battle staff training, in which the different staff departments such as Personnel, Logistics, Planning, Air Force, Press, Weather, Civil-Military Cooperation and many more all work together. The EUROCORPS staff must be able to lead up to 60,000 soldiers on a NATO mission. To assess this capability, battle staff training is directly followed by a major NATO exercise in which, in addition to EUROCORPS, sister commands including Navy, Air Force, Special Forces and, as a higher level, the Joint Force Command in BRUNSSUM and NATO headquarters SHAPE are involved. Within this framework, another NATO command based in IZMIR, Turkey is called in for review. But that’s not the half of it, as subordinate combat and combat support units, the air force, naval units as well as the opponents, the political framework, the press and others must be portrayed and role-played. Accurate portrayal requires many hundreds of soldiers and civilian employees to generate an appropriate, highly complex scenario allowing the staffs to practice and plan. When all is said and done, official certification is granted.

But there’s still a long way to go. Prior to training, soldiers must set up and configure EUROCORPS’ main weapon: the computer! In today’s modern battlefield, nothing is possible without computers, networking and command and control systems. To establish and secure connections, the first soldiers of the EUROCORPS support brigade had already relocated to STAVANGER in early October, laying cables, hooking up computers and setting up the necessary satellite connection for over three weeks. Thanks to extensive support, 385 soldiers oversee large battle groups, acting as their “brain”. Said troops will also stay on the longest, because after the end of the exercise they will have to tear down all the equipment again. The last men and women will return to Strasbourg at the end of November, having spent about two months in STAVANGER.

The scenario played out is a challenging one: high-intensity warfare. A potential NATO adversary, technically on par and in some cases far superior in number, has attacked a NATO member state. The NATO Response Force, in this case EUROCORPS, is activated and tasked with leading the operation. All facets such as the political environment, essential actors, different ethnic groups, and of course the opponent are simulated.

A scenario that demands that EUROCORPS staff give their utmost. Work days during the exercise are predictably strenuous. Troops can only catch glimpses of the picturesque surrounding landscape in the early morning and late evening, since they work 12-hour shifts. Daylight becomes a memory. Motivation is nevertheless sky high, because the exercise TRIDENT JUPITER 2019 caps off an exercise series which has been running since the beginning of 2018. Across all areas, situation updates are carried out, plans forged and decisions drawn up, the most crucial of which are made personally by the commander. This is especially the case in critical situations, which demand greater lead times. Sixty thousand soldiers cannot be moved in a few hours. It’s like steering a supertanker: Once you’re on the move, maneuvering takes a very long time.

This high-intensity phase lasts two weeks. All EUROCORPS soldiers live in situ. Battle planning serves as a strategic cornerstone. Troops must not only weigh up their own forces in relation to enemy forces, but also cooperation with the air force and navy, the host nation’s defense forces and even deal with political and media fallout, since in the age of the internet and social media, information spreads much faster and has a wider reach than just a few years ago.

In order to give the scenario an extra degree of difficulty, evaluators “join the fray” during the final week, looking at whether EUROCORPS troops have fulfilled their task on the basis of information relations, written orders and overall output.

All the work put in over the last two years has paid off. In addition, valuable experience gained has been incorporated into EUROCORPS’ Command Post Concept. After all, there is always room for improvement.

Finally, Thomson, as an experienced commander, has a special praise for the Eurocorps: “I would go with you into an operation”.

The soldiers of EUROCORPS head home to Strasbourg. The next step is the formal assumption of NRF responsibility in early January 2020. EUROCORPS is well prepared for a contingency that, hopefully for the sake of all NATO citizens, will never come to pass. 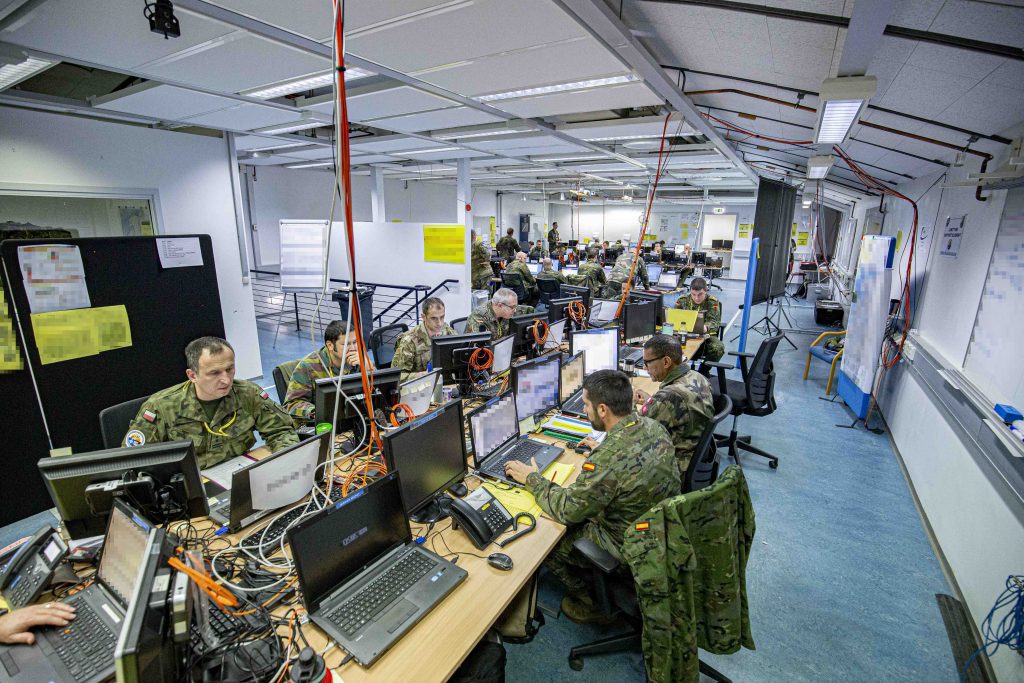 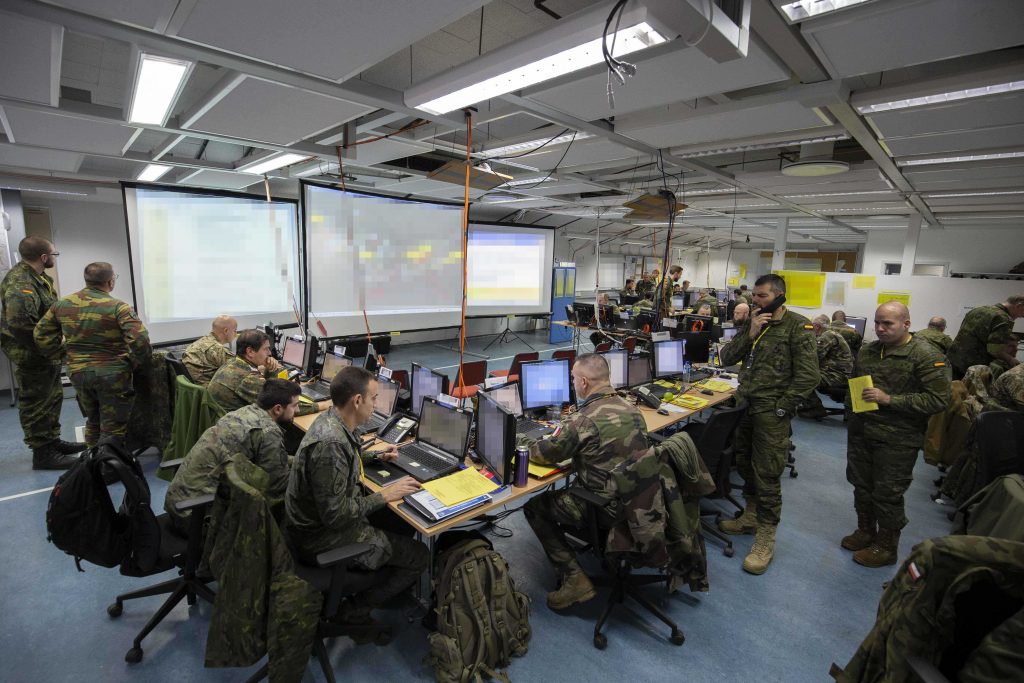 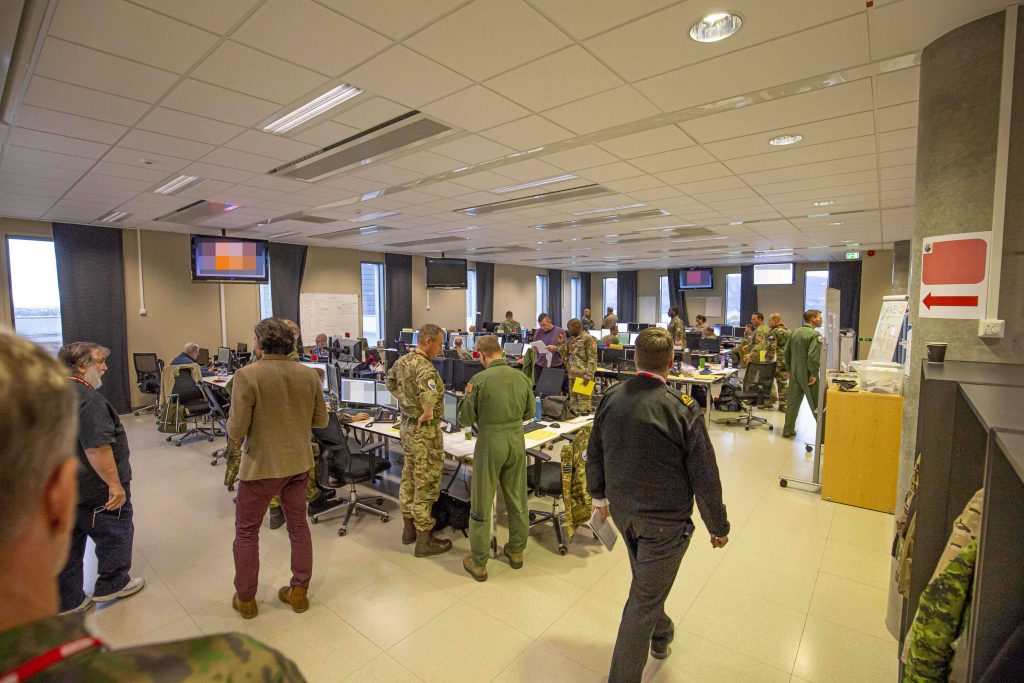 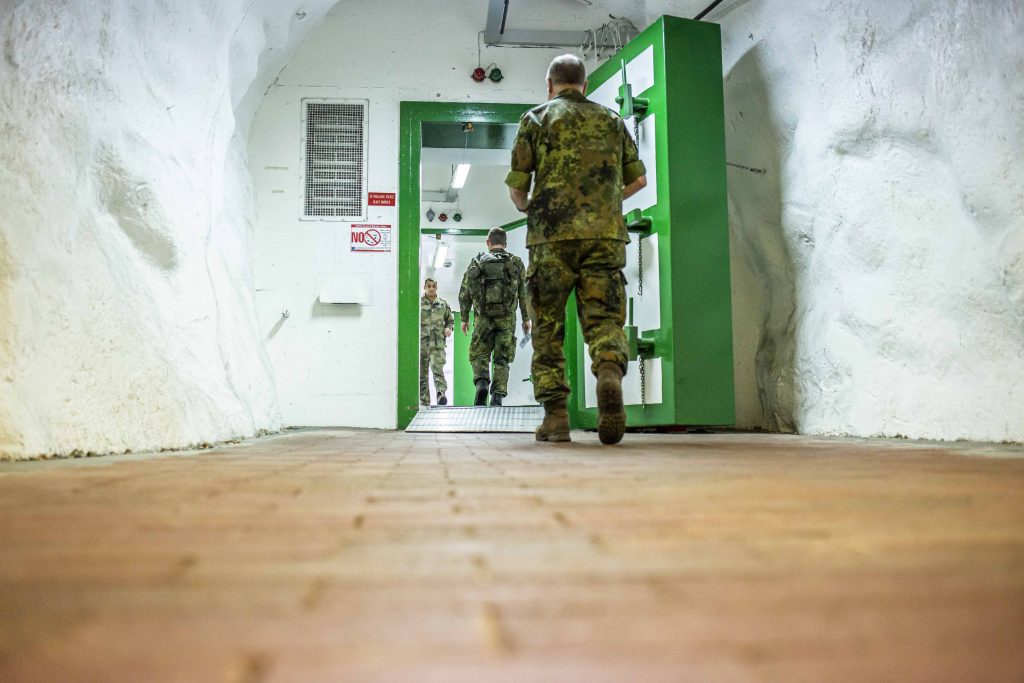 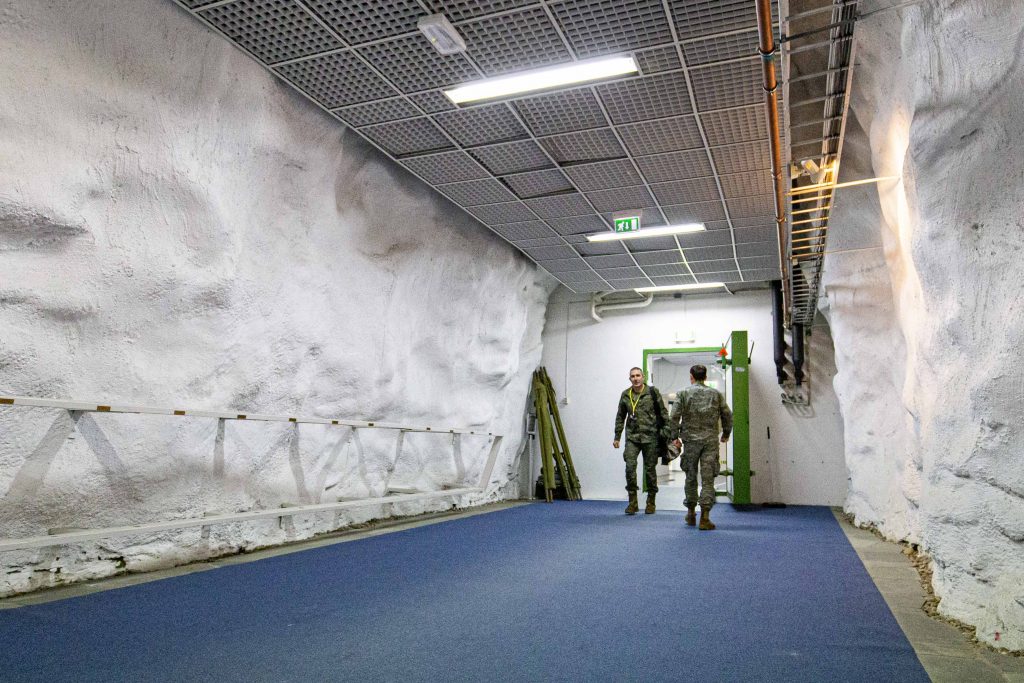 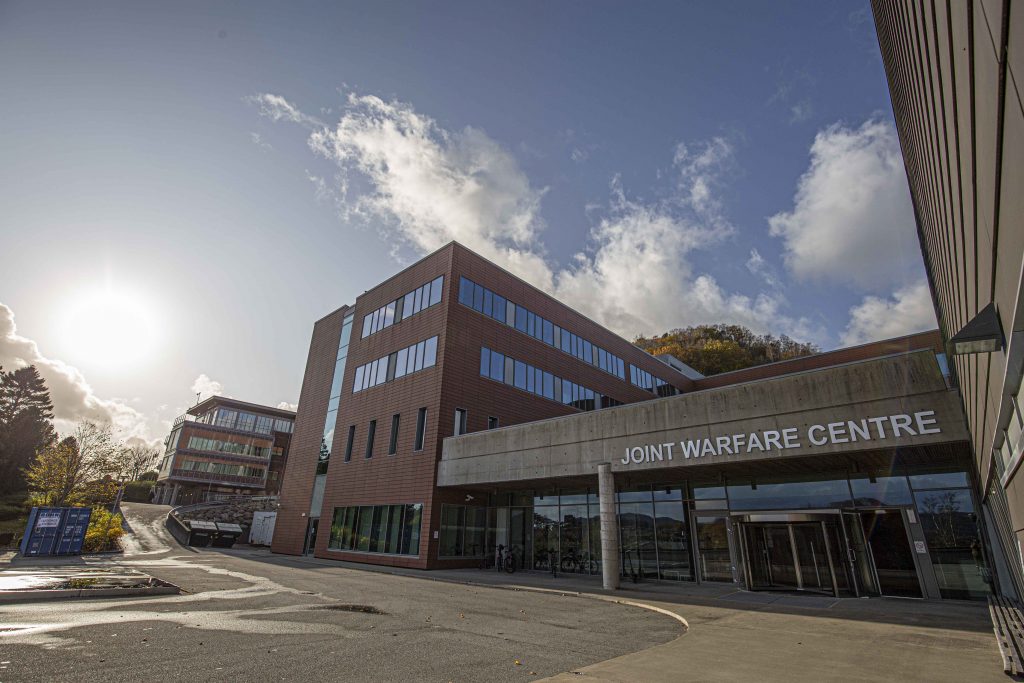 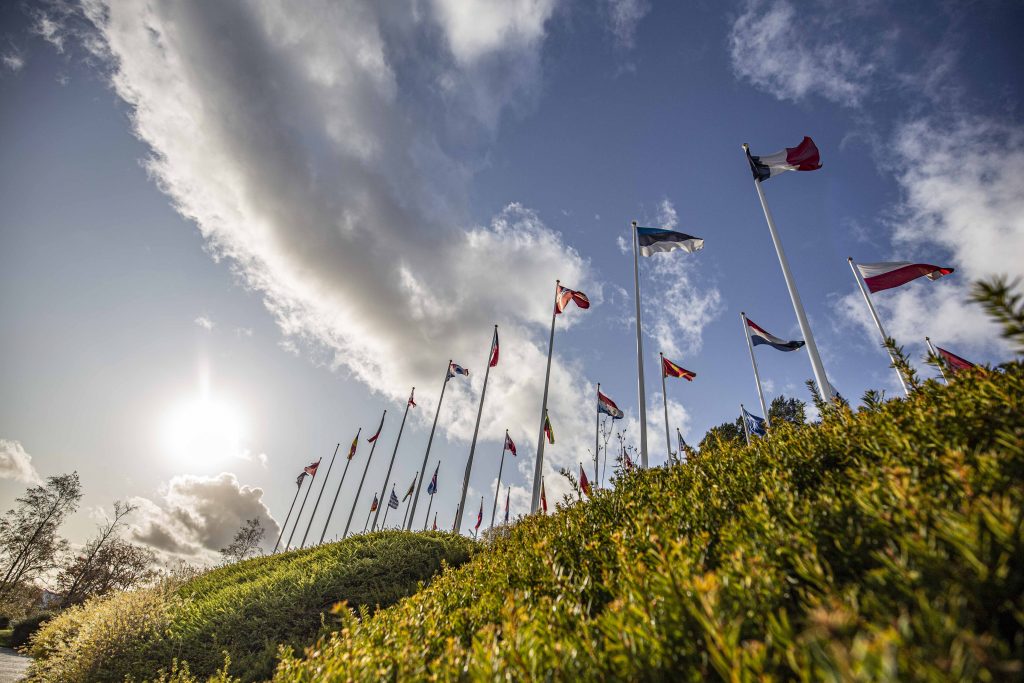 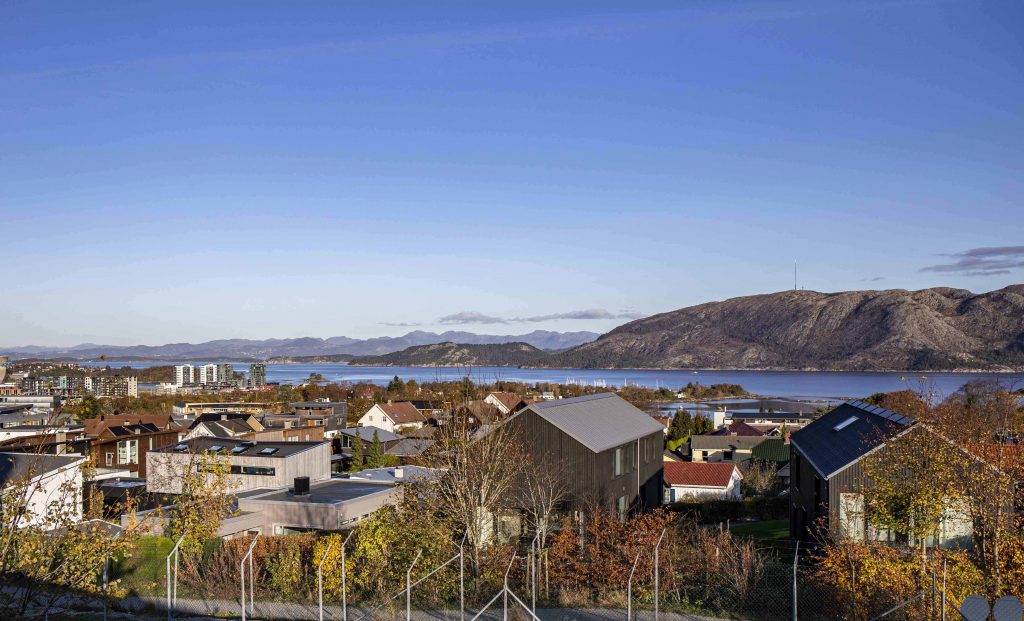