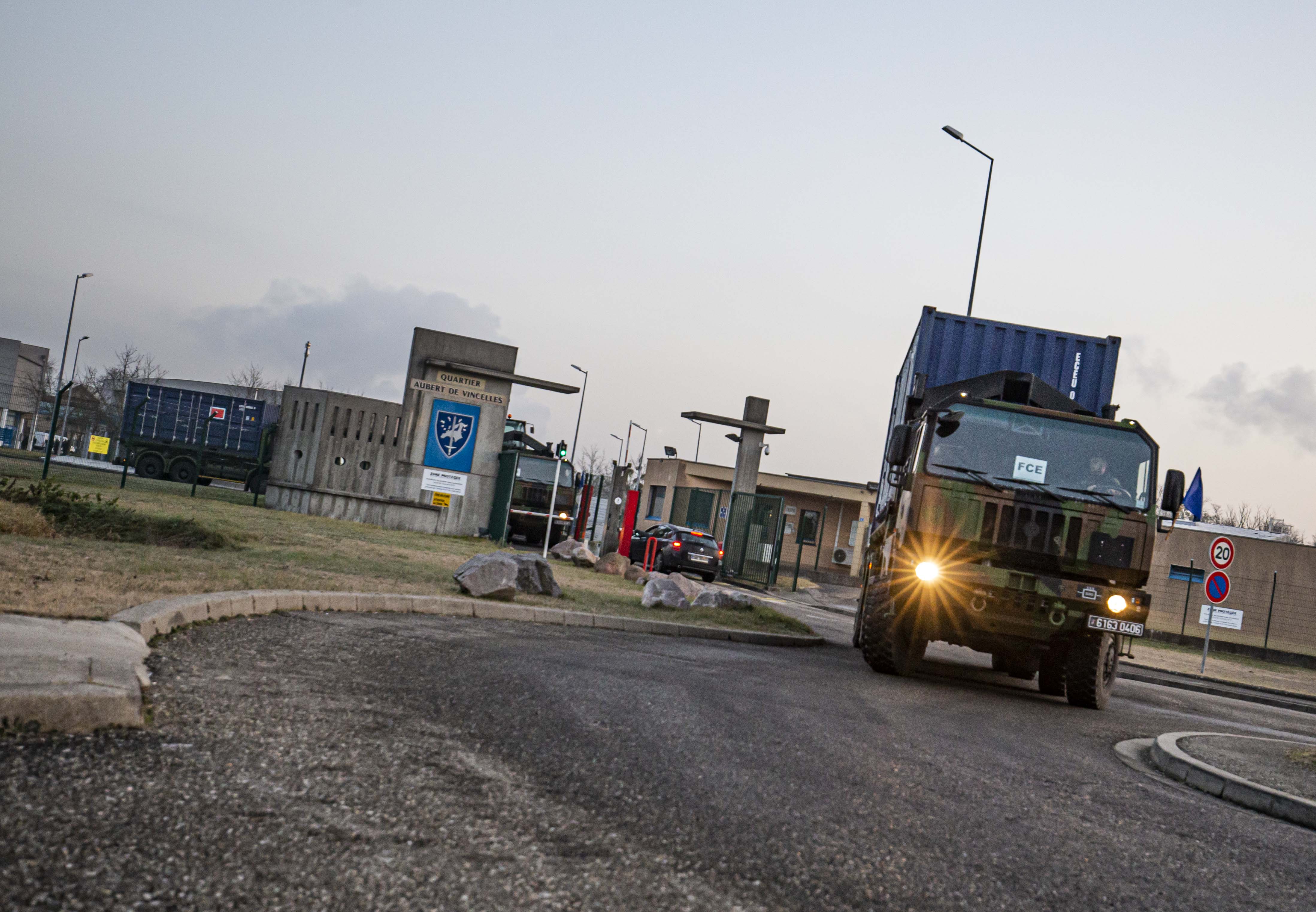 Since January 1st, 2020 the Eurocorps in Strasbourg in lead for the NATO Response Force (NRF) land forces. In order to meet the requirements of the NATO member states, a lot of preparatory work had to be done already before being assigned that task.

Strasbourg, Monday morning 10:00 am. A NATO alert order reaches the Eurocorps. Phones are grabbed, calls made. The chain of alert for personnel is in full swing. At the same time, the internal orders – already prepared – take effect. A “Situation Cell” and a “Mounting Base” are set up. The so called “Situation Cell” is supposed to act as a nerve center to track all current important information and to keep situational awareness. The “Mounting Base” is to receive both its own and external soldiers who are scheduled for deployment and coordinate them through the procedure consisting of administration and reception of the necessary equipment such as weapons, protective vests or CBRN protection. From now on, both cells will work 24/7 to meet the requirements for the soldiers’ deployment times. And the requirements are demanding: after only five days, the first almost one hundred soldiers, including material, are to be transferred to the potential deployment area. After ten days the second wave follows and after 30 days at the latest the entire Eurocorps has to be deployed ready for action and able to lead up to 60,000 NATO soldiers, as a so-called Land Component Command, in a possible NATO mission.

For the leader of the Mounting Base, Colonel A.-W. (DEU), this means a lot of responsibility and work, but not a real challenge: “As we are scheduled to be the NRF this year, we are of course well prepared for such a case”. Apart from that, he sees himself being well supported, as not only his teams work well together, but also his highest superior, Commander Eurocorps, Lieutenant General Laurent Kolodziej, had supported the role assigned to him with clear words. The Commander made it clear, that all the soldiers who are deployed in the mission will take on the role of “passenger”, which includes himself. The sole responsibility for the timely and orderly transfer is therefore with the leader of the Mounting Base.

At the same time, the preparations of the Eurocorps Multinational Support Brigade are up and running. After all, all the material, including the vehicles necessary for the set-up and operation of a Corps Command Post, has to be packed and moved by land, air or sea. A great many of the material is already waiting in containers ready packed for transport; other parts, such as the soldiers’ personal equipment, weapons or ammunition must now be packed immediately.

Like cogwheels, one thing now meshes with another. Until Friday, day 5 of the alert: At 08:00 sharp, the buses are waiting at the Aubert des Vincelles barracks to pick up the soldiers of the “Forward Coordination Element” (FCE) and take them to the nearby Strasbourg airport. At the same time, the first convoy rolls through the gate of the barracks to load the material, packed in containers, onto the railway. A total of three convoys with 48 vehicles start their journey and are picked up at a small loading station.

Then, at about 10:00 am, the end. The alarm was a test. A test to put all preparations through their paces and where necessary to make adjustments. But it is also a test with a serious background, when an emergency occurs and the Corps is being activated, the soldiers of the Eurocorps, wherever our nations and our citizens are in danger, will be ready to defend them, will be ready to take on its task as NATO Response Force. 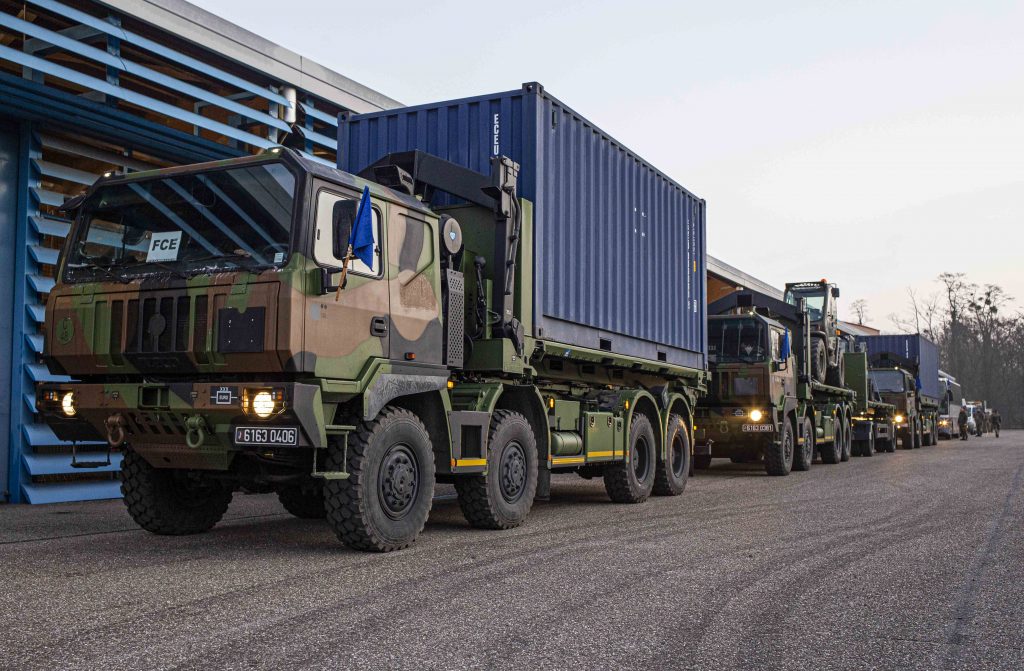 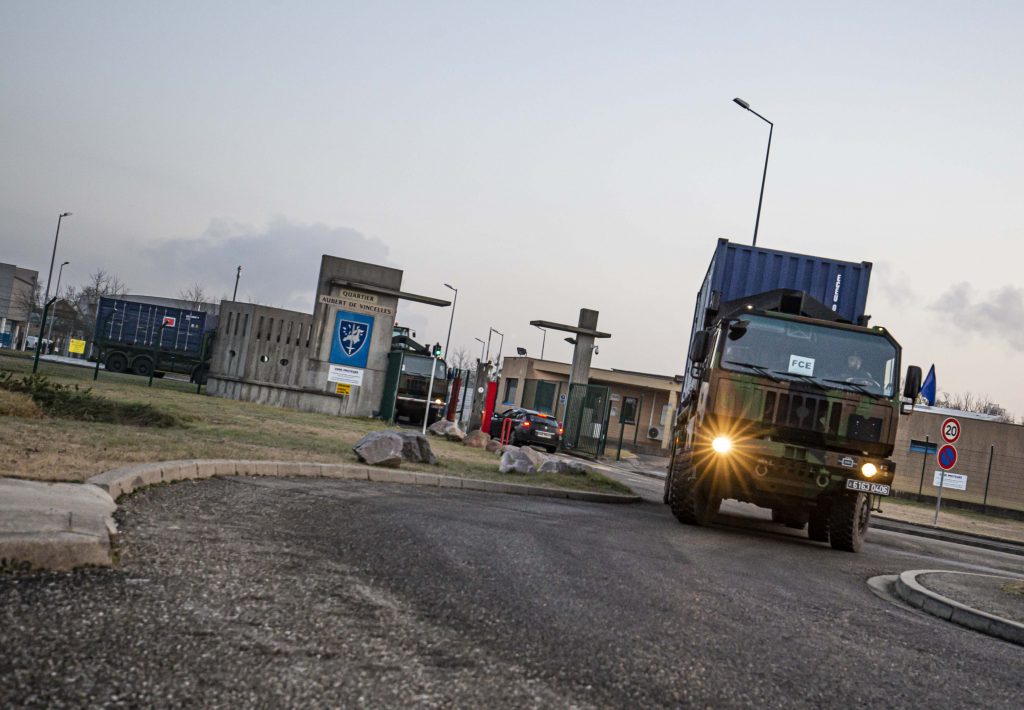 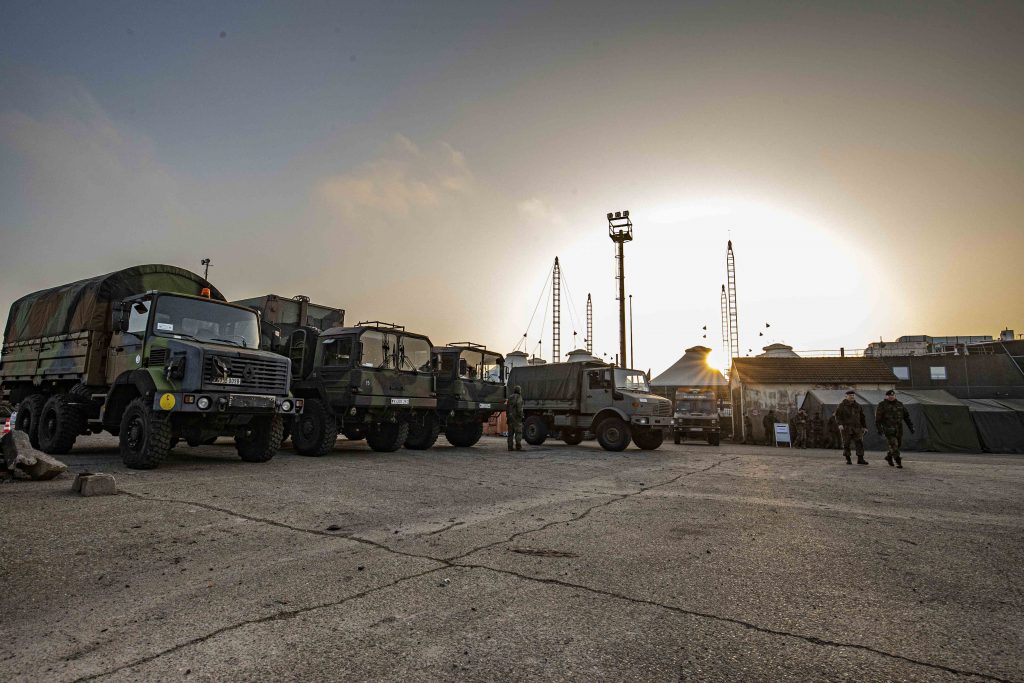 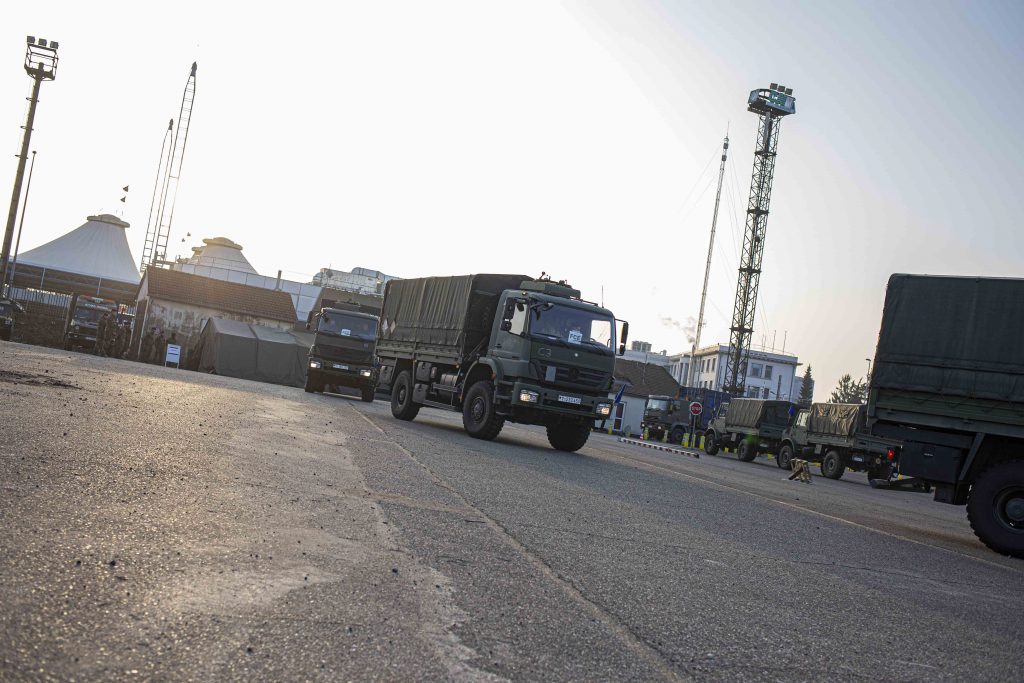 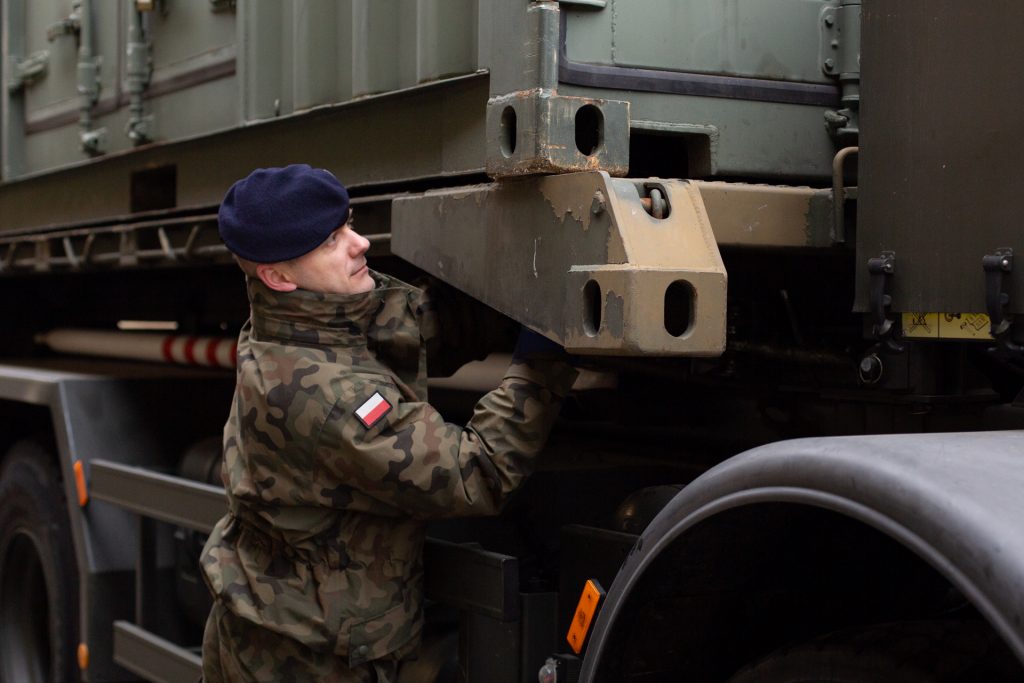 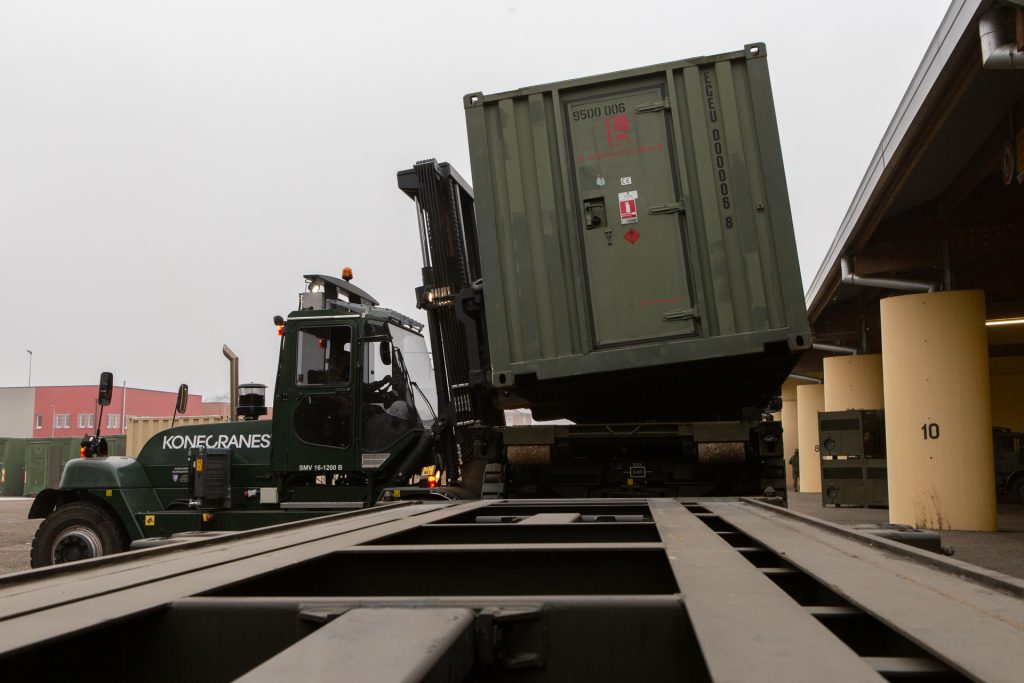 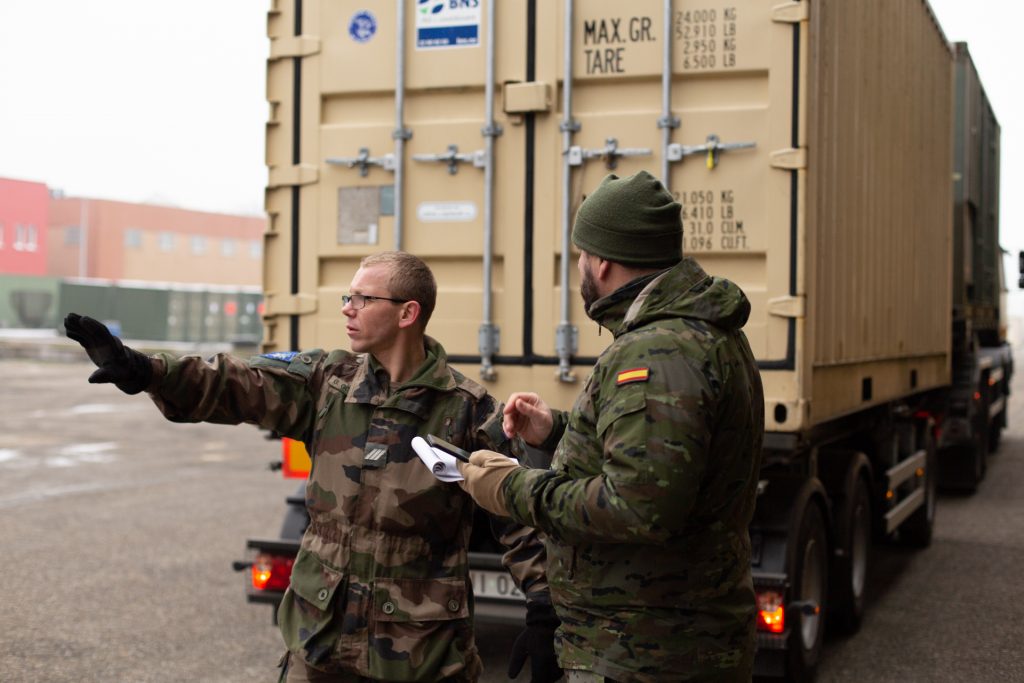 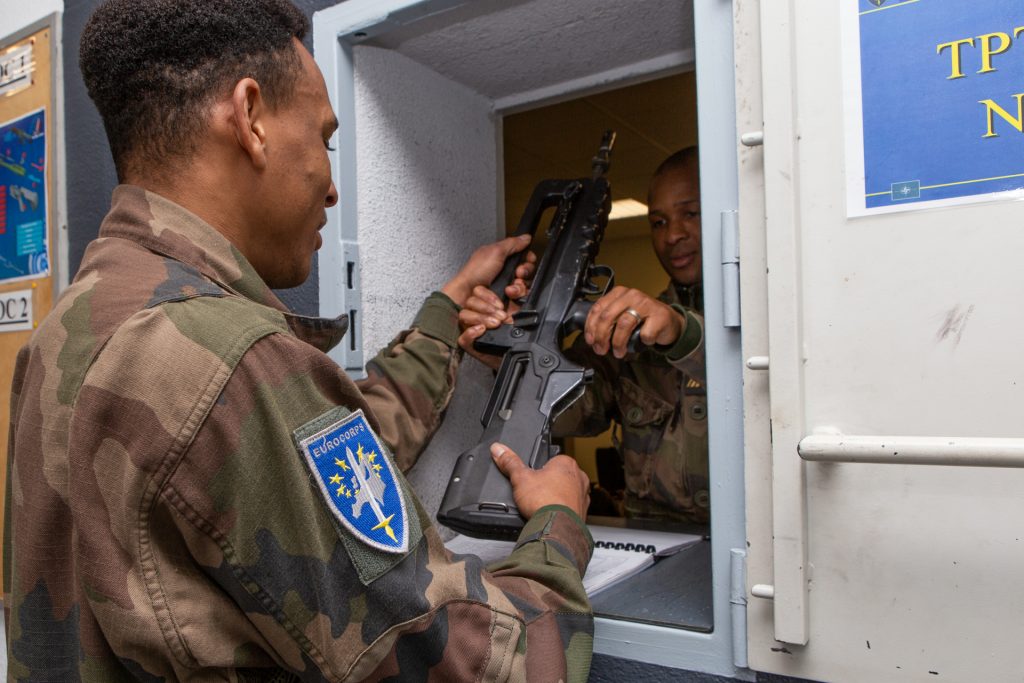 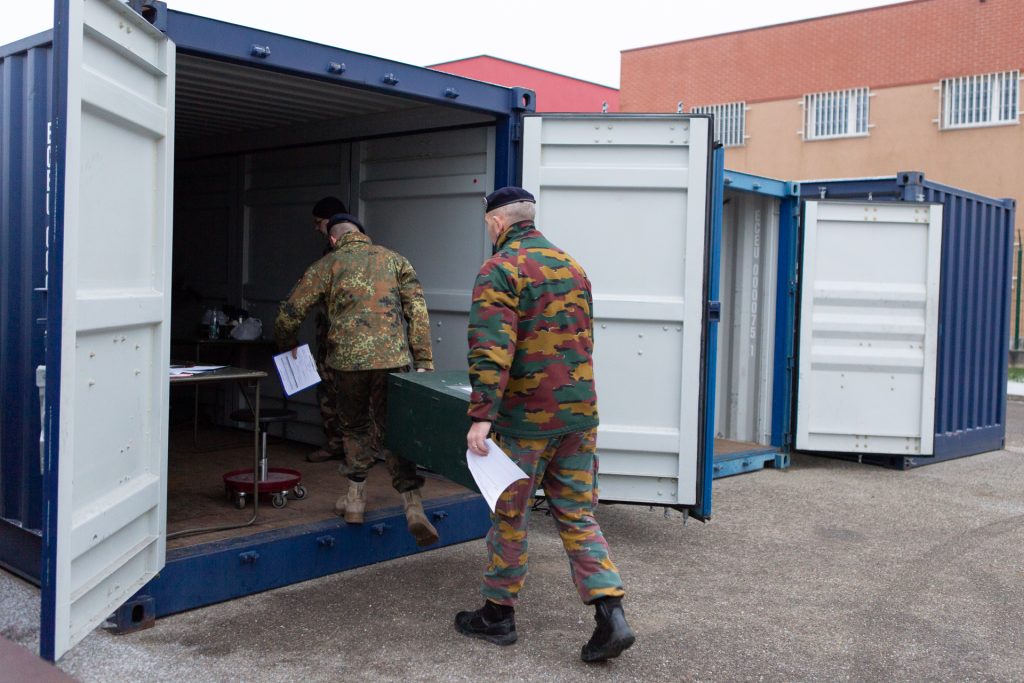 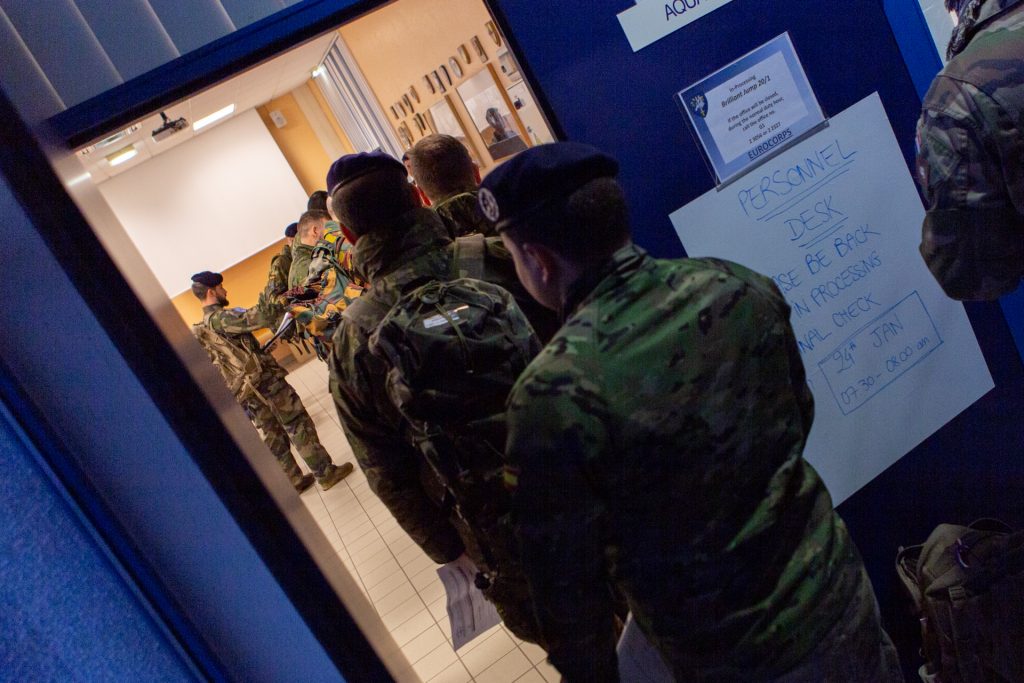 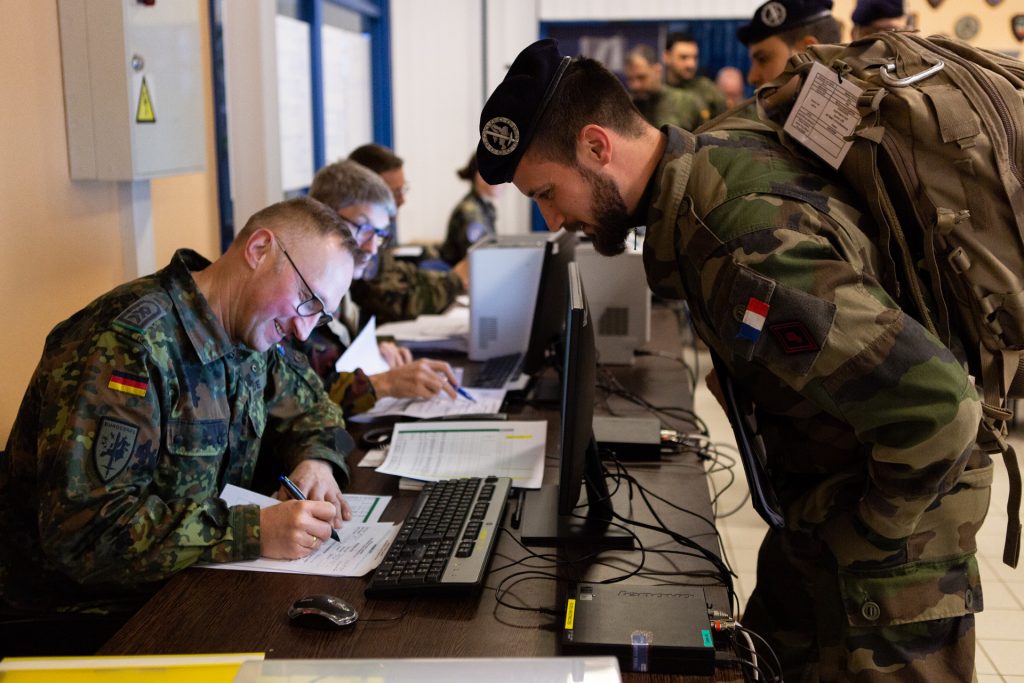