An extraordinary ceremony at Eurocorps in Strasbourg 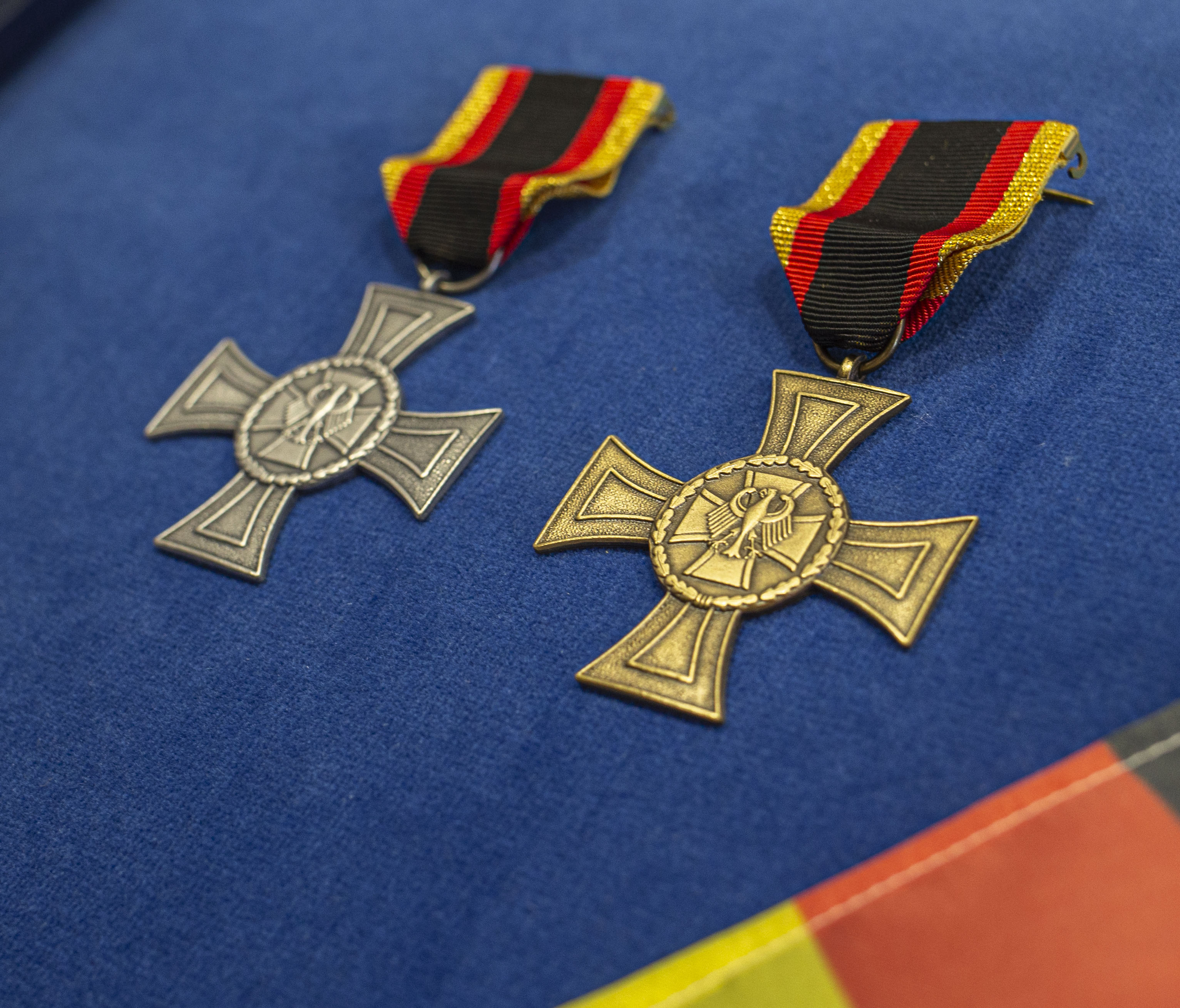 Two French soldiers were honoured for their exemplary performance of duty and for their services to the Franco-German cooperation by Eurocorps Deputy Commander Major General Josef Blotz.

Lieutenant Colonel Didier was awarded the Bundeswehr Cross of Honour in silver. Sergeant Major Annick received Cross of Honour of the German Armed Forces in bronze. The ceremony took place in the presence of families, friends and comrades in the Eurocorps.

In his laudatory speech Major General Blotz not only honoured the special service achievements but also emphasized the exemplary character: “A special day, a special event and an example for other soldiers to follow…!”
The two soldiers had been deployed in the Brigade franco-allemande in the past, but had meanwhile been reassigned to other French units. Major General Blotz therefore honoured them on behalf of the Federal Republic of Germany, as the highest-ranking military representative in the region. 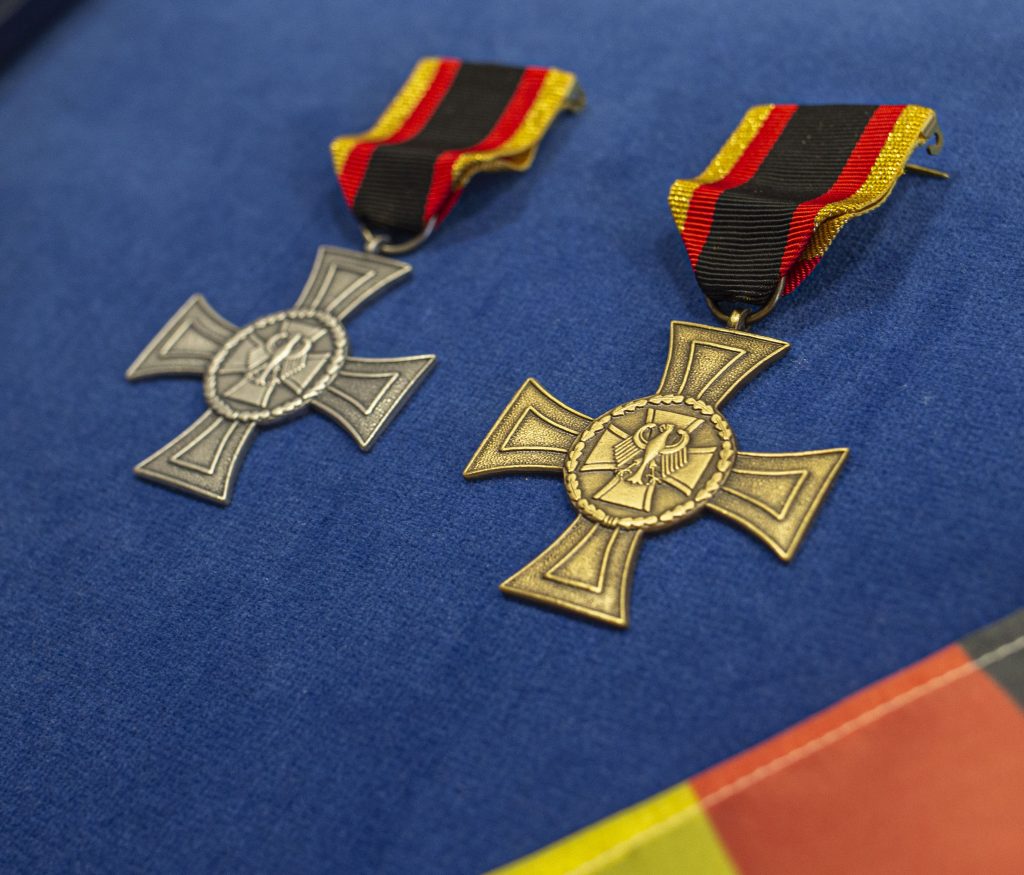 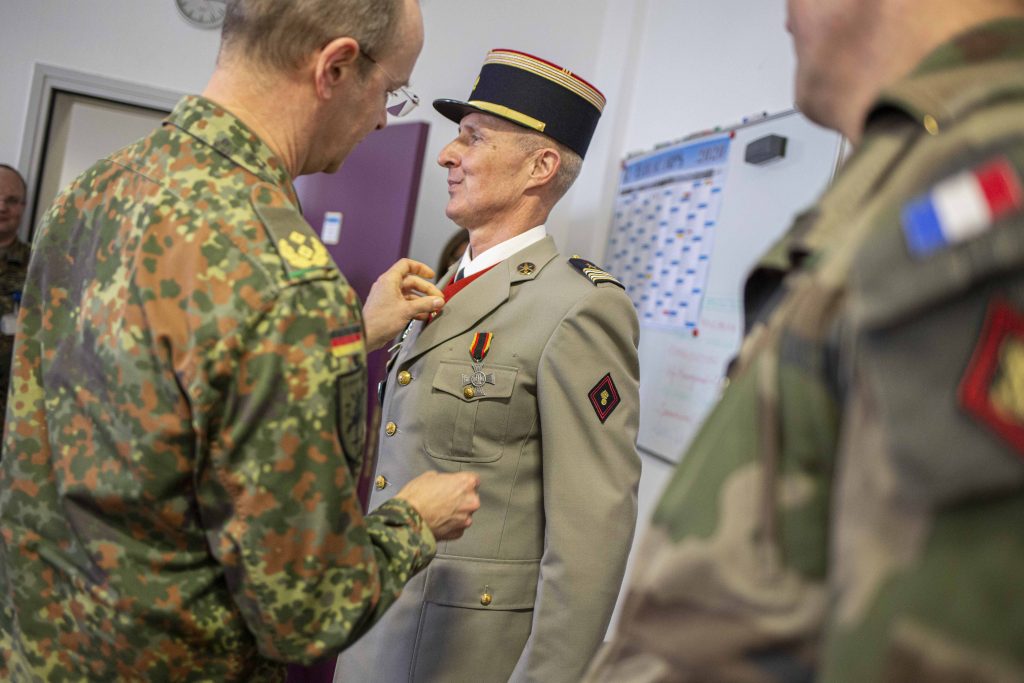 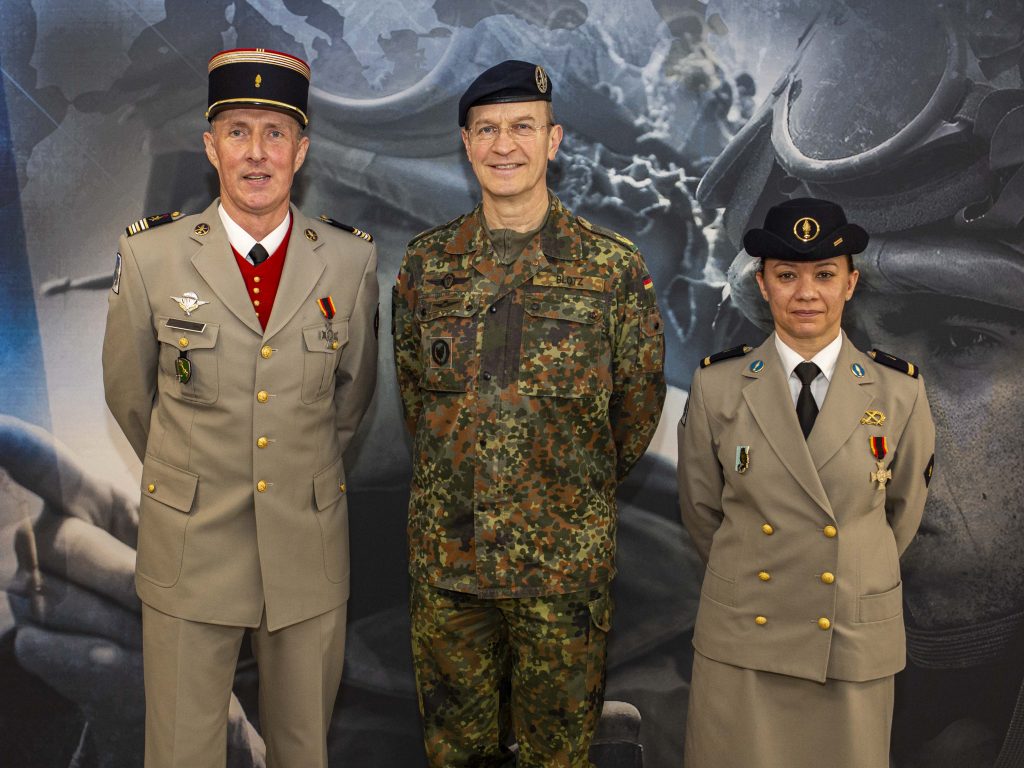 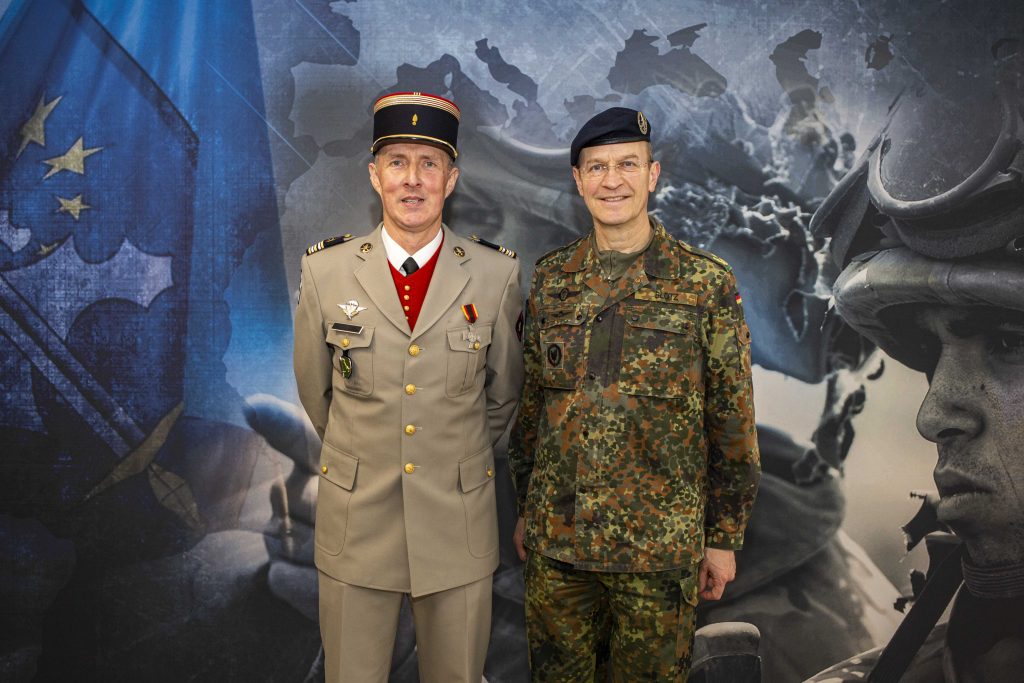