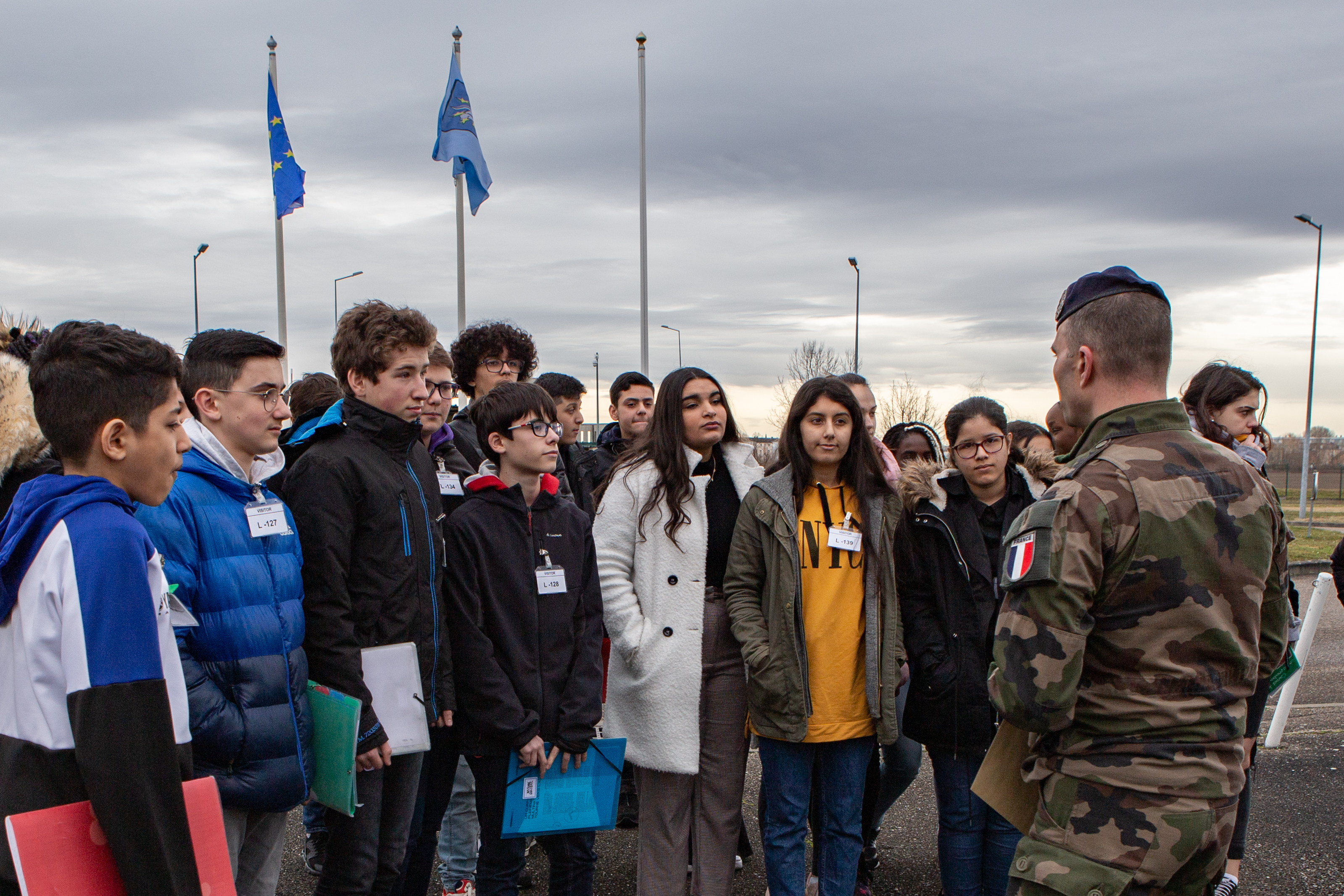 With a view to fostering the bond between the French nation and its armed forces, 27 ninth graders from Galilée Middle School in Lingolsheim (south of Strasbourg) paid a morning visit to Eurocorps Headquarters. Their tour kicked off a partnership between the two establishments.

The clock strikes ten as a Eurocorps coach bus pulls up in front of Galilée Middle School in Lingolsheim, ready to embark on an immersive experience. Not your average field trip, theirs is born out of a partnership to raise awareness about European defense and security issues among school-age youth while promoting a sense of personal commitment and civic values.

First stop: Aubert de Vincelles barracks, the main site in a multinational headquarters which has called Strasbourg home for 25 years and running. An on-site delegation gives them a quick run-down of our 10-nation strong army corps, and then the students make their way around the premises before being shown through Eurocorps’ Tradition Room.

FAMAS rifles, automatic pistols and vehicles galore… strolling through Lizé barracks, which houses logistical support staff, students get a first-hand look at military equipment. The morning closes with lunch at the mess hall. « It sure beats cafeteria food! » exclaims one grinning schoolboy.

After a wrap-up providing background information about the day, part of French schools’ civic education program dubbed parcours citoyen, or “citizens’ pathway”, the students get back on the bus aflutter with fresh memories, toting letters addressed to their parents outlining the new partnership. The day before, the school’s principal, Ms. Snezana Marcic, together with General Metz, Deputy Chief of Staff, put their respective signatures on the « Global Defense and Security Class » agreement.

The project is slated to run throughout the year. Working sessions with a German serviceman are underway to create a presentation for the middle school’s next open house event. 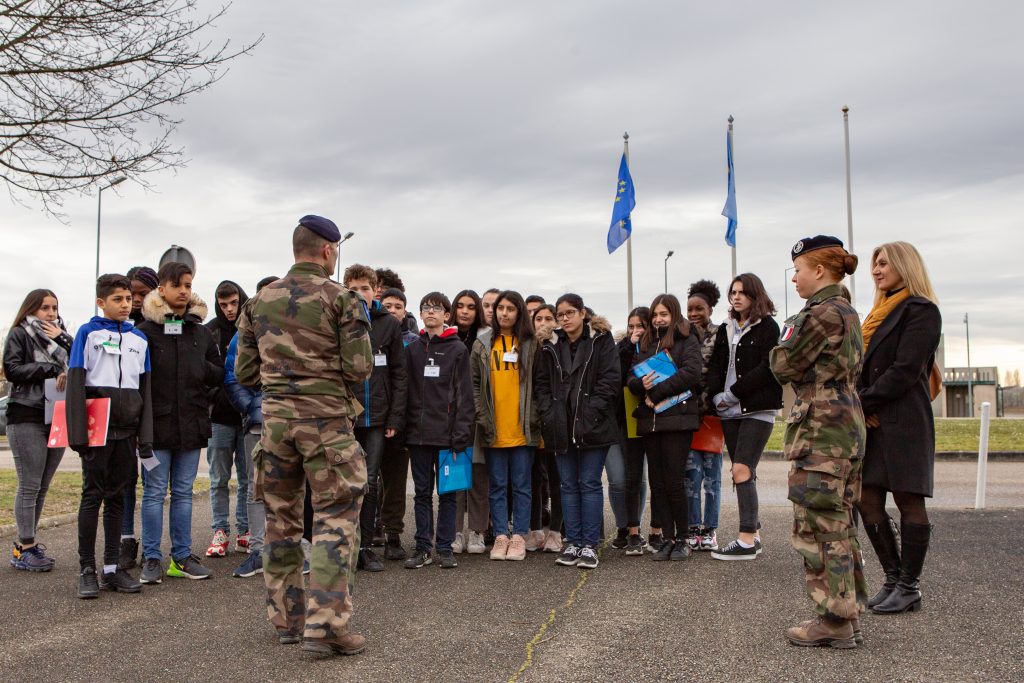 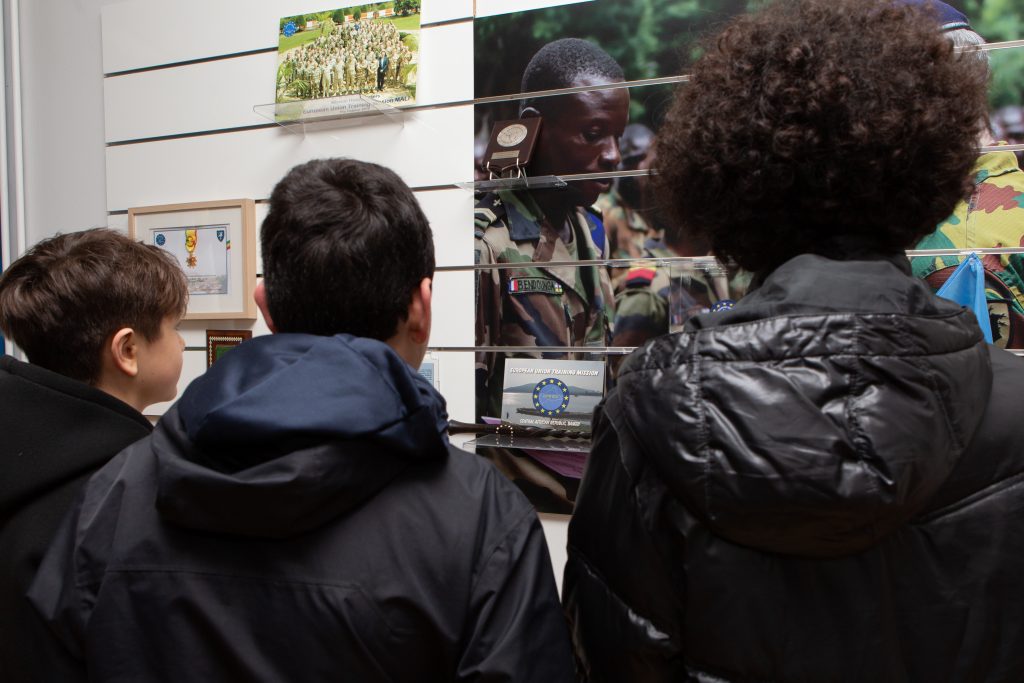 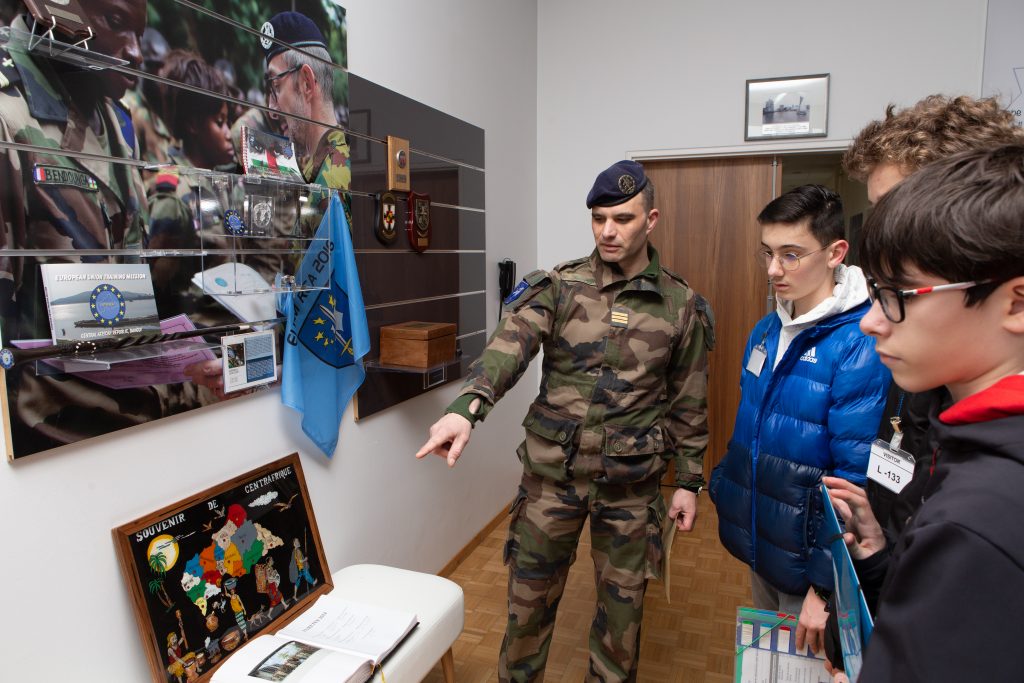 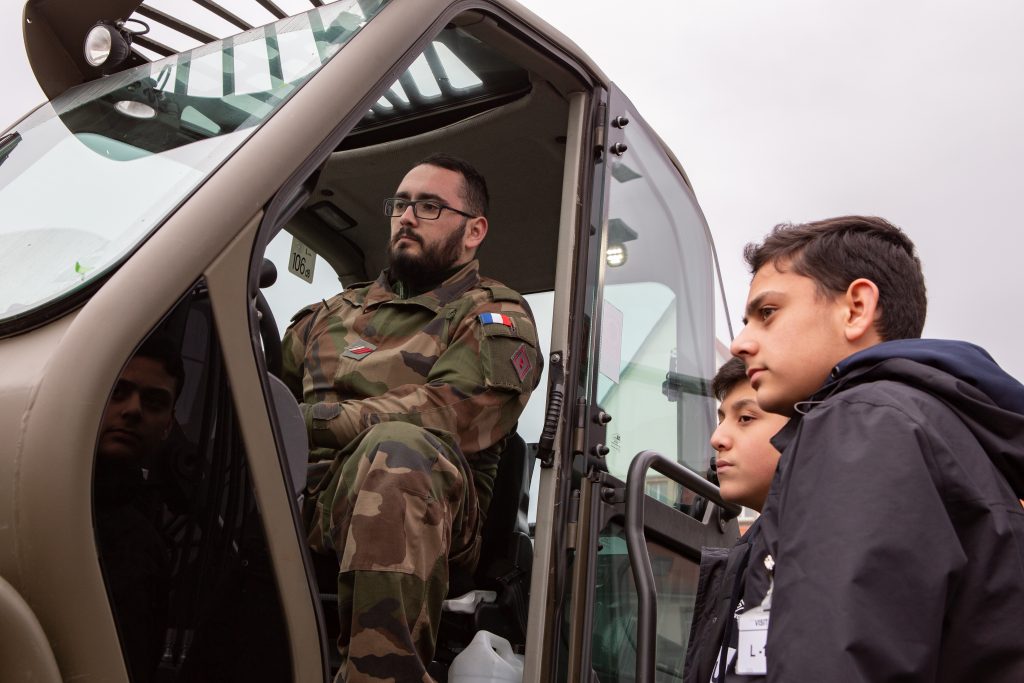 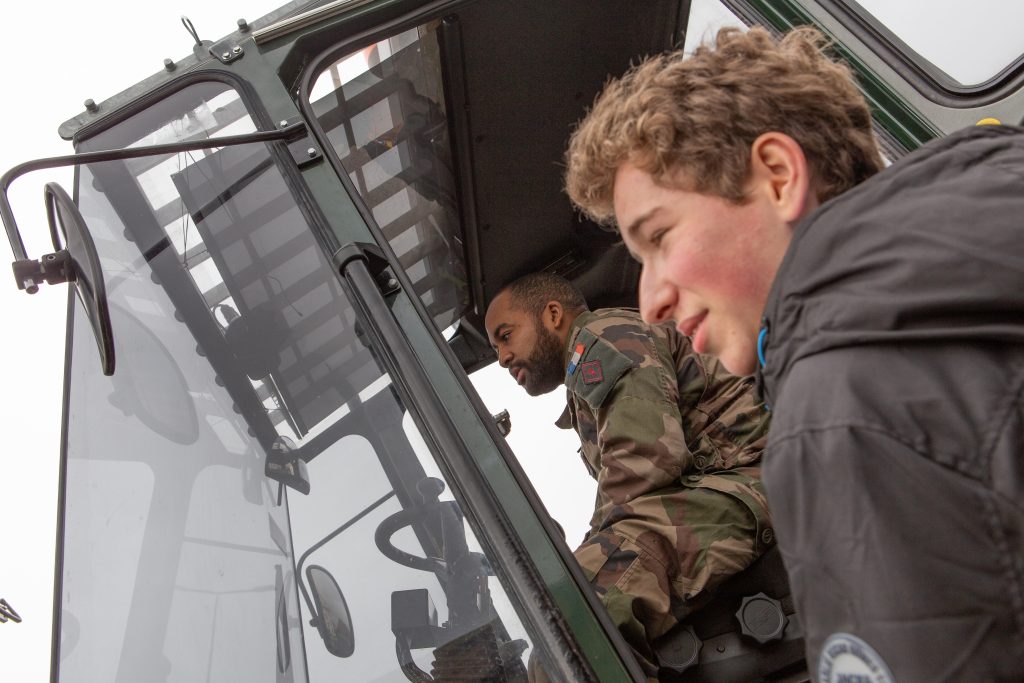 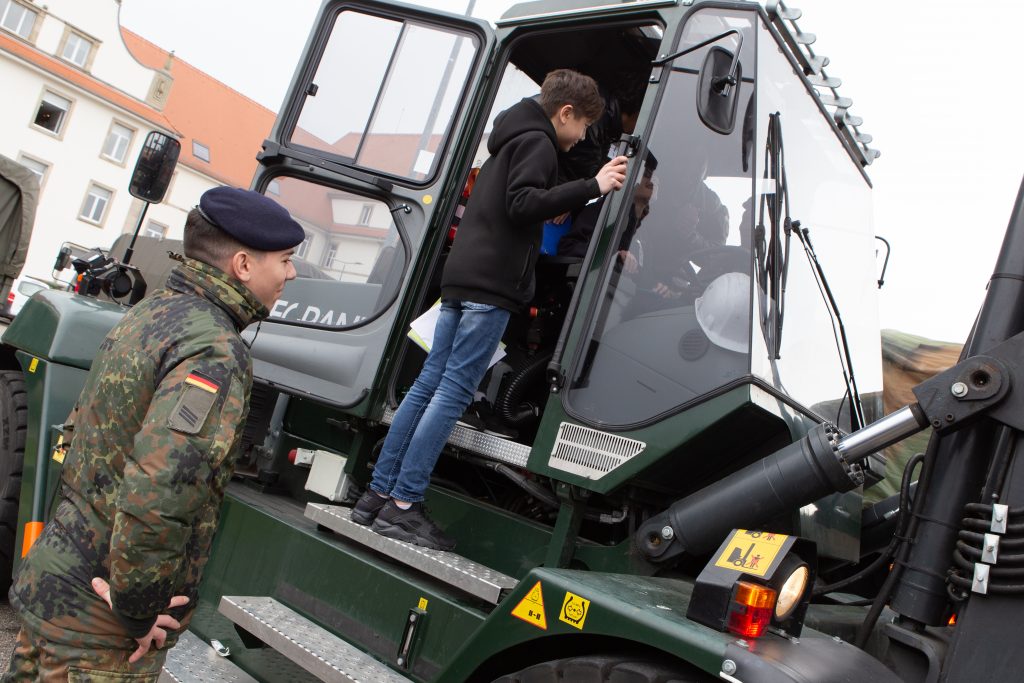 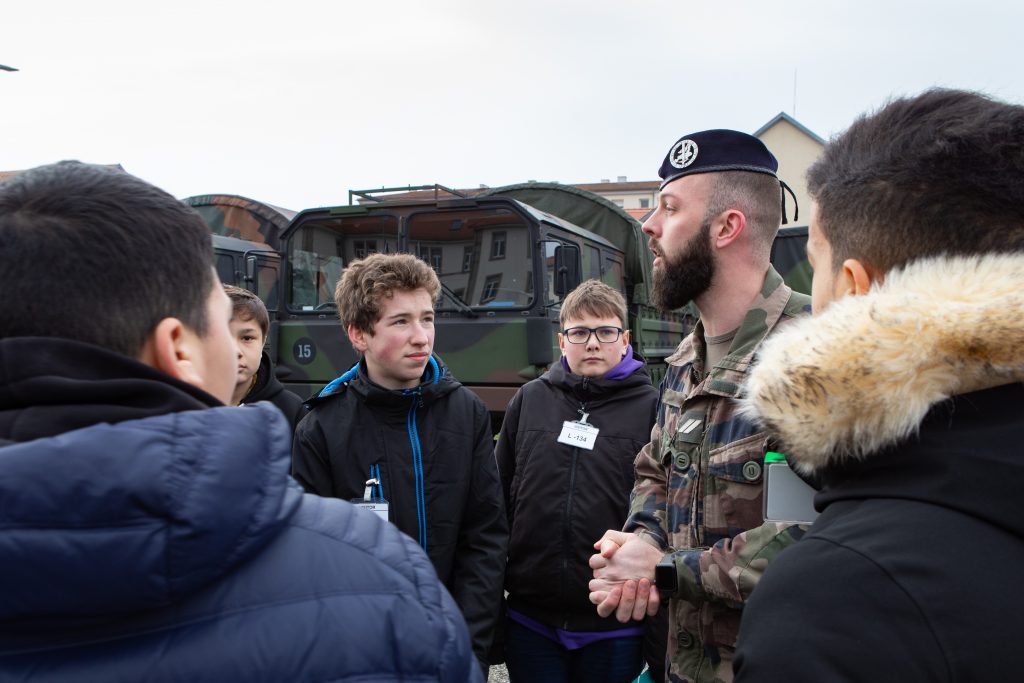 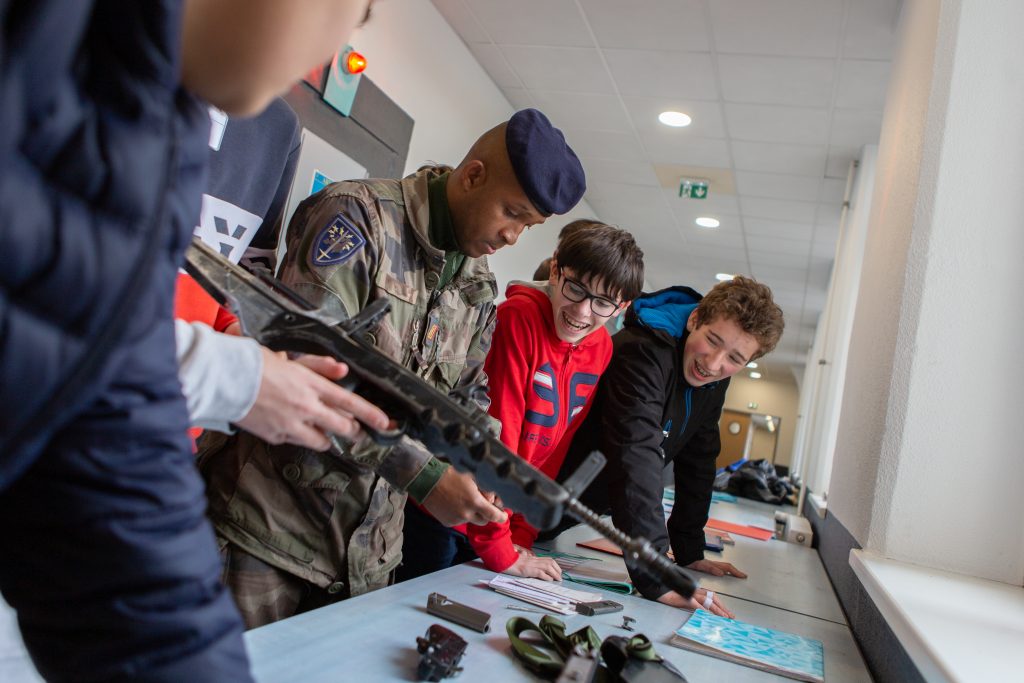