Promoting a Spirit of Defense among European Youngsters

HomeNews2020Promoting a Spirit of Defense among European Youngsters 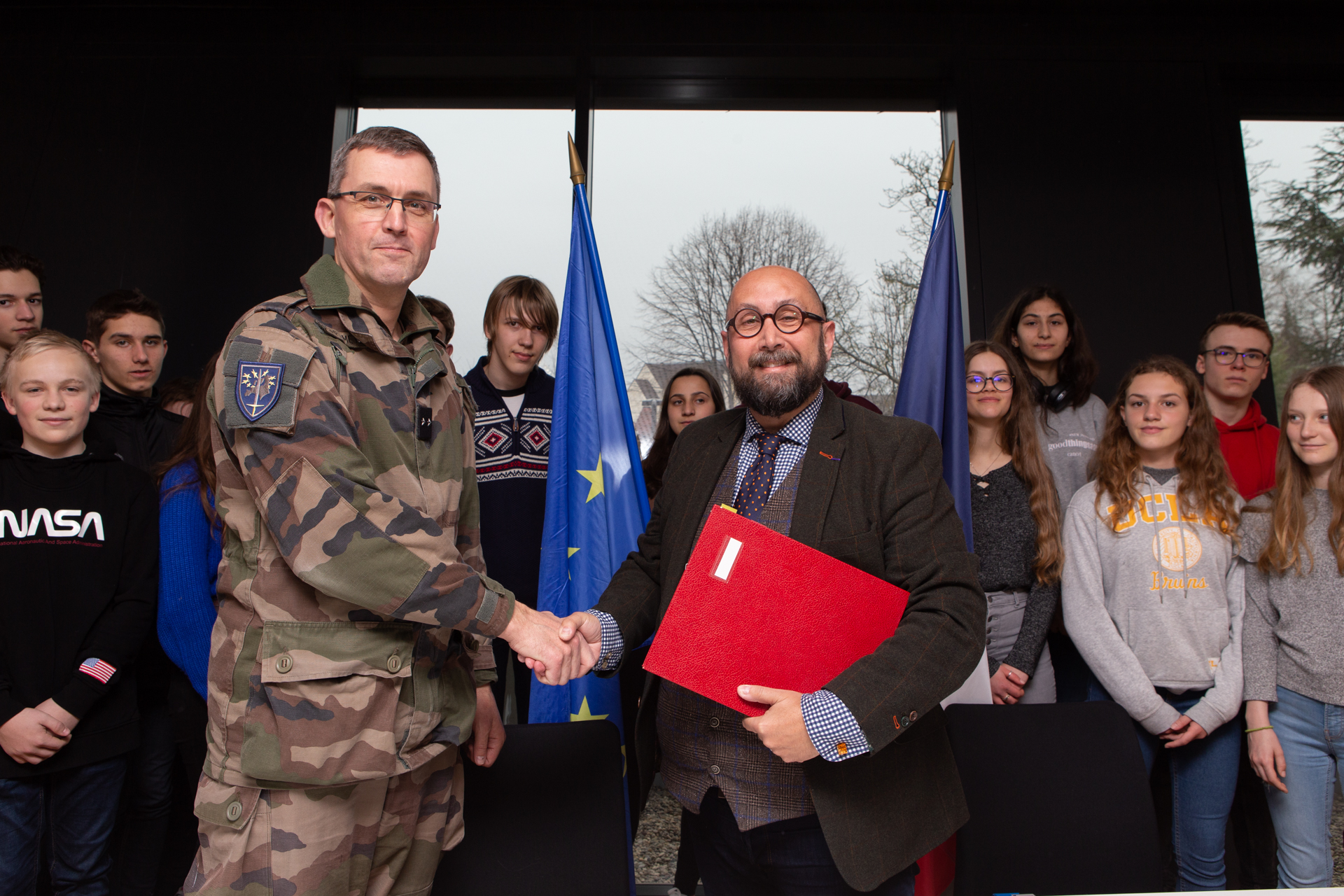 On the afternoon of Friday, 6 March 2020, the Global Security and Defense Class Agreement (Classes défense et sécurité globale, abbreviated “CDSG”) was officially signed between the Director of the European School of Strasbourg, Mr. Olivier Tedde, and Brigadier General Jean-Pierre Metz, Eurocorps’ Deputy Chief of Staff. The agreement sets out the framework for the 2020 edition of the long-running partnership between these Strasbourg-based establishments. This solemn gathering took place at the European School, one of the city’s European Institutions and organizations.

Ambitions are high this year given the implementation of the CDSG partnership agreement involving the French National Education and Armed Forces Ministries, designed to encourage young people to take an active interest in defense issues. Working sessions are planned between Eurocorps members and 18 European School 9th graders, all of them volunteers coming from more than ten European nations! Students are tasked with drafting a presentation about Eurocorps to be presented in front of their roughly 80 classmates on 14 May at the European Parliament in Strasbourg.

At this first meeting, exchanges between students and Eurocorps members were very productive, with students prompted to brainstorm and discuss questions about Eurocorps. Be it in English, German or French, the students displayed great motivation and, above all, performed high-level critical thinking.

Meetings between Eurocorps members and the 18 students from the European School of Strasbourg are also aimed at reinforcing the relationship between citizens and their armed forces. The program urges young people to reflect on European defense and security issues, while at the same time promoting a sense of individual civic duty. 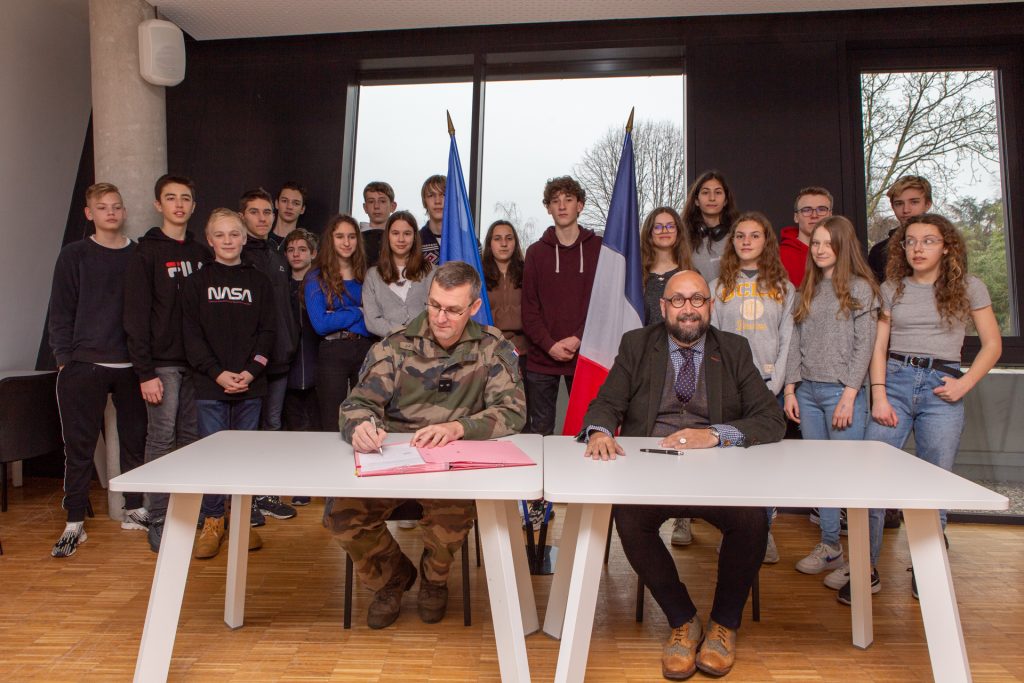 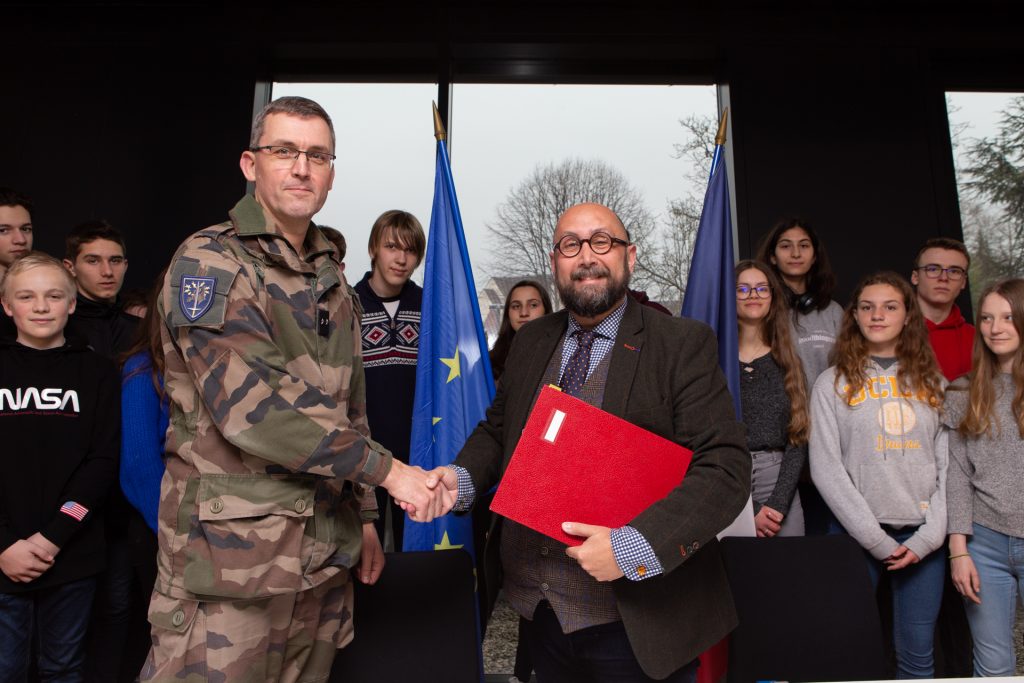 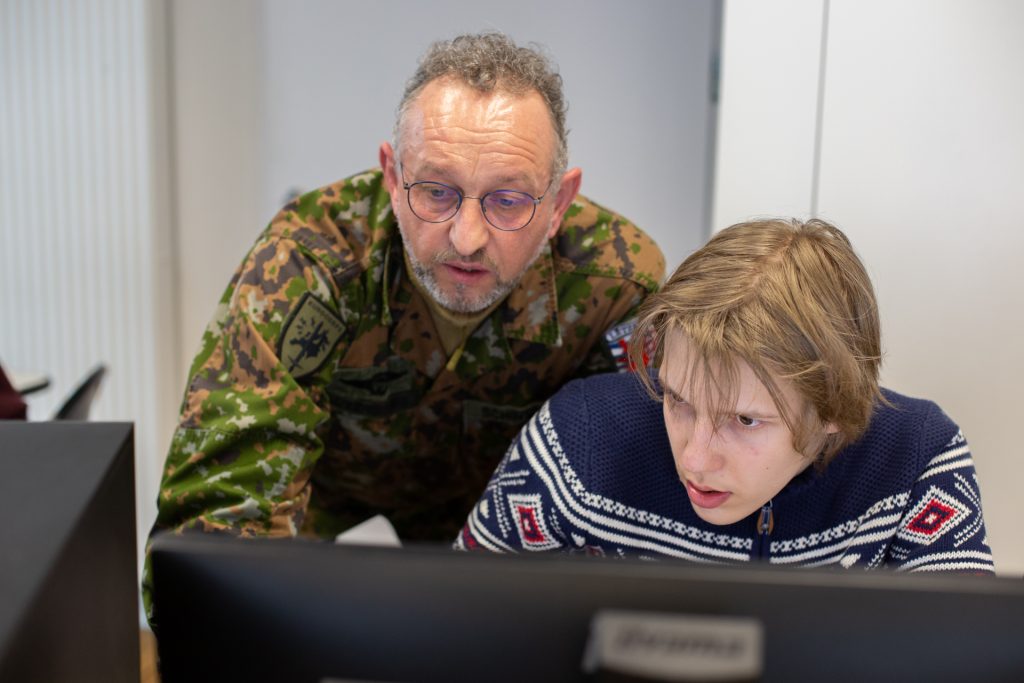 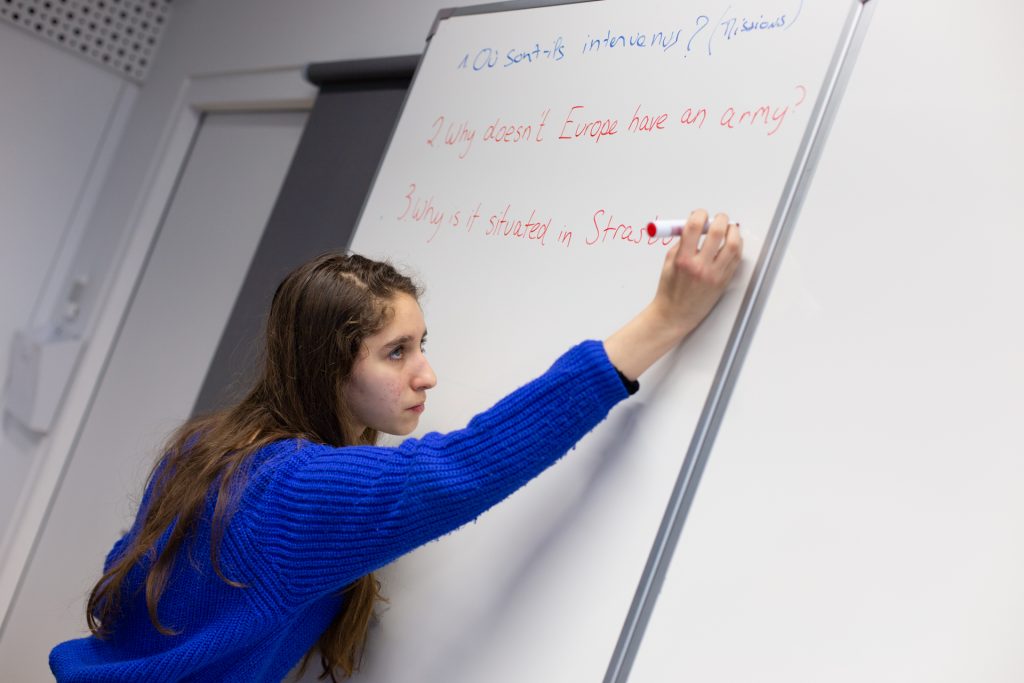 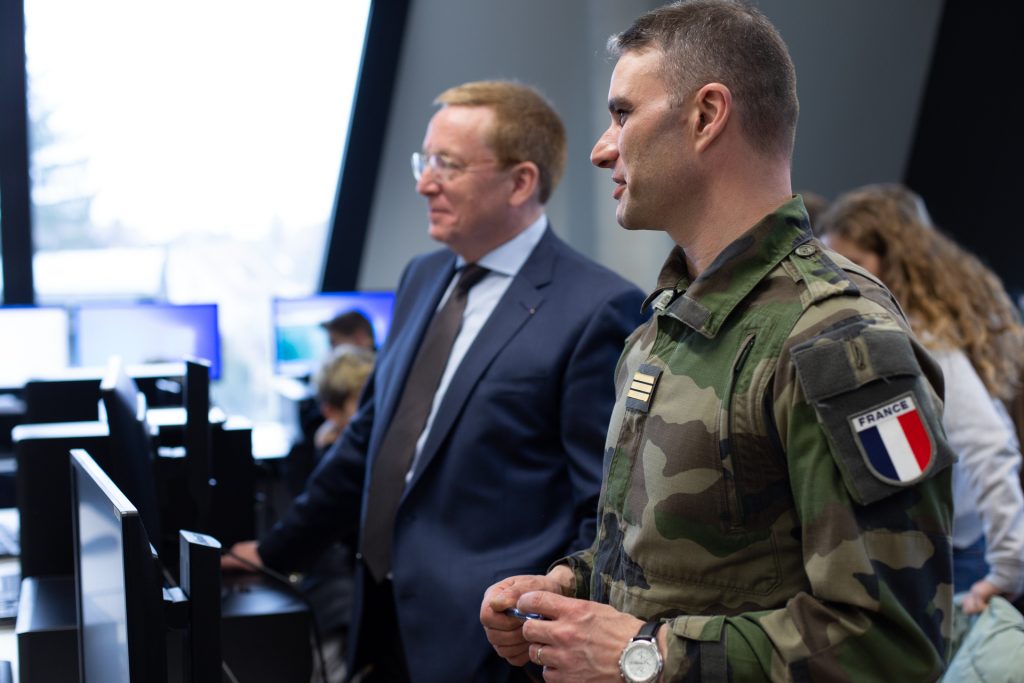