Summer time but still ready for the NRF alert !

HomeNews2020Summer time but still ready for the NRF alert ! 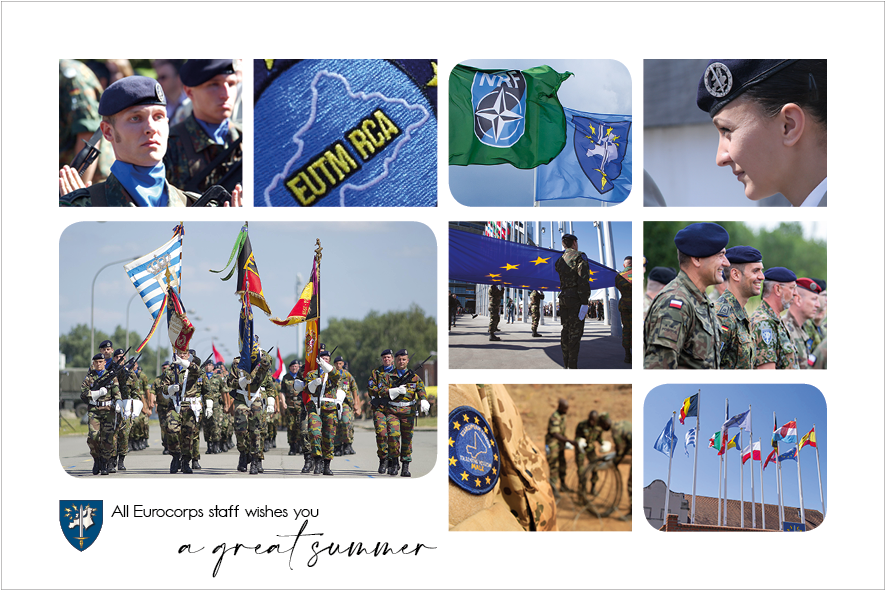 As the summer holidays coming, it is time even for the staff of Eurocorps to take some leaves. Even if the current health situation does not allow for the usual holidays, it will be still a break to share some precious moments with the family and to get some rest before getting back to a more sustained activities in September. In particular, this will be the time to speed up preparations for the next EUTM missions from 2021-2022, for some of the Eurocorps.

Moreover, Eurocorps is still on NATO Response Force (NRF) alert until the end of the year. This is mean that the staff dedicated is able to come back within hours to the HQ if called for deployment.

Since January 1st, 2020 the Eurocorps is in lead for the NRF land forces. This is a demanding but well-prepared task. The first almost one hundred soldiers, including material, has to be transferred to the potential deployment area within five days. Some days later, the second wave follows and after thirty days, the entire Eurocorps must be deployed ready for action. Then we are able to command up to 60,000 soldiers, as a “Land Component Command”, in a possible NATO mission.

The team of Eurocorps Public Affairs Office wishes you a great summer !