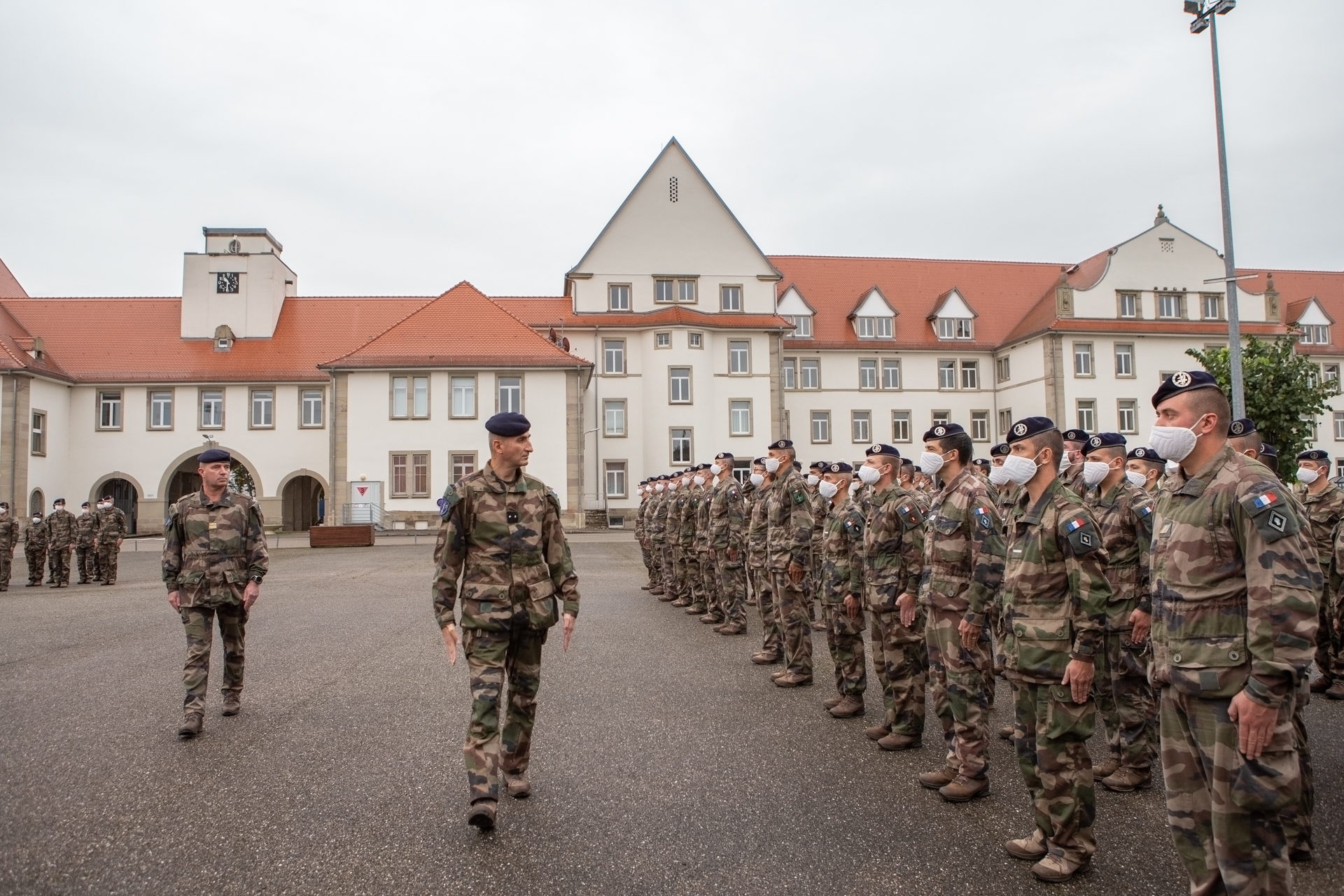 Brigadier General Stéphane PAU joined HQ Eurocorps on September 1, 2020 as DCOS I&A (Deputy Chief Of Staff Influence and Assistance) and Senior National Representative of the French contingent.  Having now completed one month in his new position, PAO met with general Pau to discuss his personal and professional background and delve into his first impressions.

PAO: General Pau, you started off your career with the 170th Infantry Regiment in Épinal in the Vosges mountain region, France. How do you feel about coming back to Eastern France after more than 30 years?

GEN PAU: I have a mix of feelings. While the regiment is the field counterpart of a brigade, a division or a corps, here at Eurocorps, I now serve at one of the highest operational-level positions attainable. So it’s both a return to my roots and a fresh start in a new job.

PAO: Is it also a “return to your roots” in terms of family relations?

Gal PAU: Indeed, if we take a look back historically, my father was born in Strasbourg in 1921 and my great-grandfather played a significant role in Alsace during the Great War.

PAO: What were your motivations for enlisting as an officer in the Army?

GEN PAU: First of all, there was my family history. Two of my brothers had attended Saint-Cyr before me. At age 17, when I began preparing for admission, I dreamed of defending France and, of course, of commanding an infantry platoon, of operations in the desert, the jungle and the mountains. It turns out that my initial reasons for joining up have expanded considerably throughout my career: in particular, the relationship between the men, that very close bond you have as a platoon leader, and, all along the way, of course, the defense of certain French values. Values I believed in then, just as I do now. They are a foundation on which we rely as we evolve throughout our lives. My initial enthusiasm remains the same; it has only deepened and grown richer throughout my career.

PAO: Did you always have the ambition to serve in the Foreign Legion?

GEN PAU: There again, it’s a family tradition. One of my grandfathers and one of my brothers served there. The Foreign Legion inspires both sky-high dreams and a smidge of fear. As soon as I had the opportunity to join this “corps à part”, I seized it because I felt that it was certainly one of the elite corps of the French Army in which to serve meant to have a full and complete experience of what it means to be a soldier.

PAO: Which events in your career have had the biggest impact on you, and why?

GEN PAU: I have two natural inclinations in my career. The first one ties in with my years of service in the Foreign Legion. The focal point of my interest and that which sets the Legion apart from all other French military branches is the Legionnaire himself… These are men who commit themselves to the service of France even though they are not French. These seven demanding years have left a deep impression on me, both on a personal level and in terms of the way I command. The second is linked to my two experiences in the United States, which were very different but quite complementary. During my first stay, I had the chance to serve in the 2nd Marine Division (USMC) and deploy to very different headquarters in overseas operations. Incidentally, in the Marines, I encountered very similar values to those held by the Legion.

PAO: When you joined Eurocorps, what were your first impressions?

GEN PAU: Eurocorps is well established in its garrison; I’ve been greeted here by highly professional staff personnel. The opportunity to read through literature concerning the NRF* and its ramp-up has provided me with a glimpse of Eurocorps’ genuine in-house expertise. This headquarters runs like clockwork. So my first impression has been overwhelmingly positive, both in terms of the quality of the staff and the cohesion it generates.

PAO: After several weeks as DCOS I&A, what are your ambitions for your division?

GEN PAU: Strictly speaking, my background means that I am familiar with subjects dealt with in the division. I used to be in G7, I had the chance to command the CIAE* in France, which encompasses CIMIC*, PSYOPS* and other fields related to exerting influence. My ambition for my division is to give it even more prospects, especially during the ramp-up to JHQ2024*. We’re now making the move from a narrower-framed NRF* role to JHQ level, which is a little more “multi-functional”, and where no staff instrument should be overlooked. In a way, a staff is like a one-of-a-kind toolbox from which we draw tools, either coercive or non-coercive depending on our needs, in order to achieve an effect in the field. I think that PSYOPS, operational assessment, G9 operations and so forth must be integrated very early on in the reflection and planning process.

Eurocorps is currently in an active preparation phase prior to the deployment of its soldiers in the framework of the European training missions in Mali and the Central African Republic in 2020 and 2021. For Brigadier General Pau, the OMP (Operational Military Partnership), which is simply the “Assistance” component of the I&A division, is one of the major pillars of these training missions. They are therefore typical of the skills found within Eurocorps. In 2013, General PAU was Deputy Commander of the Sangaris Force in the Central African Republic. He now brings his field experience to Eurocorps. 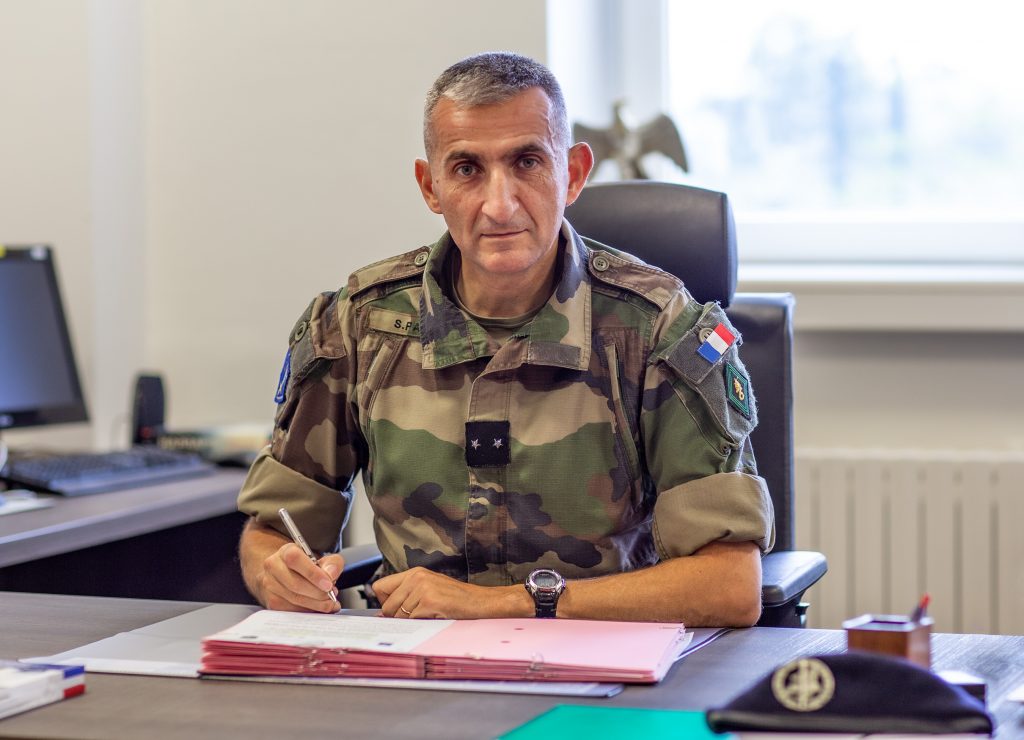 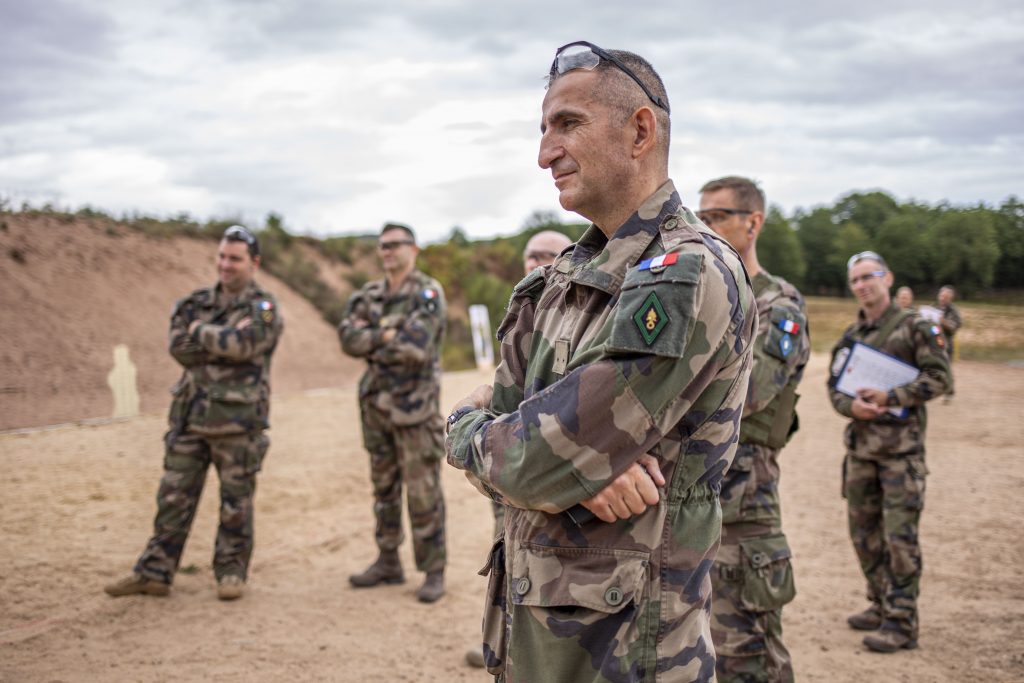 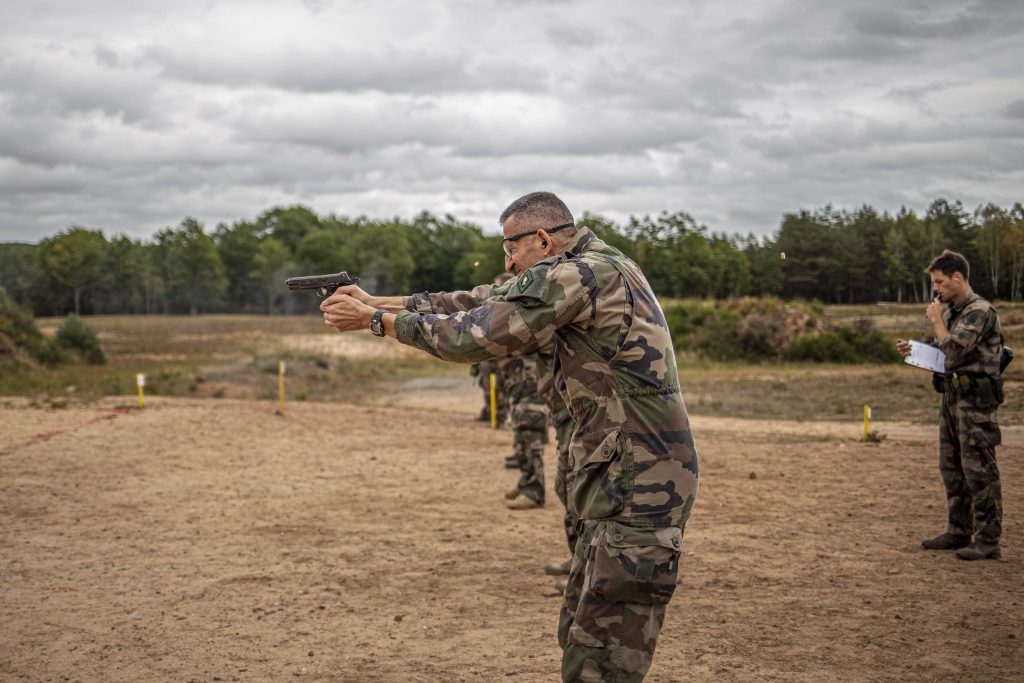