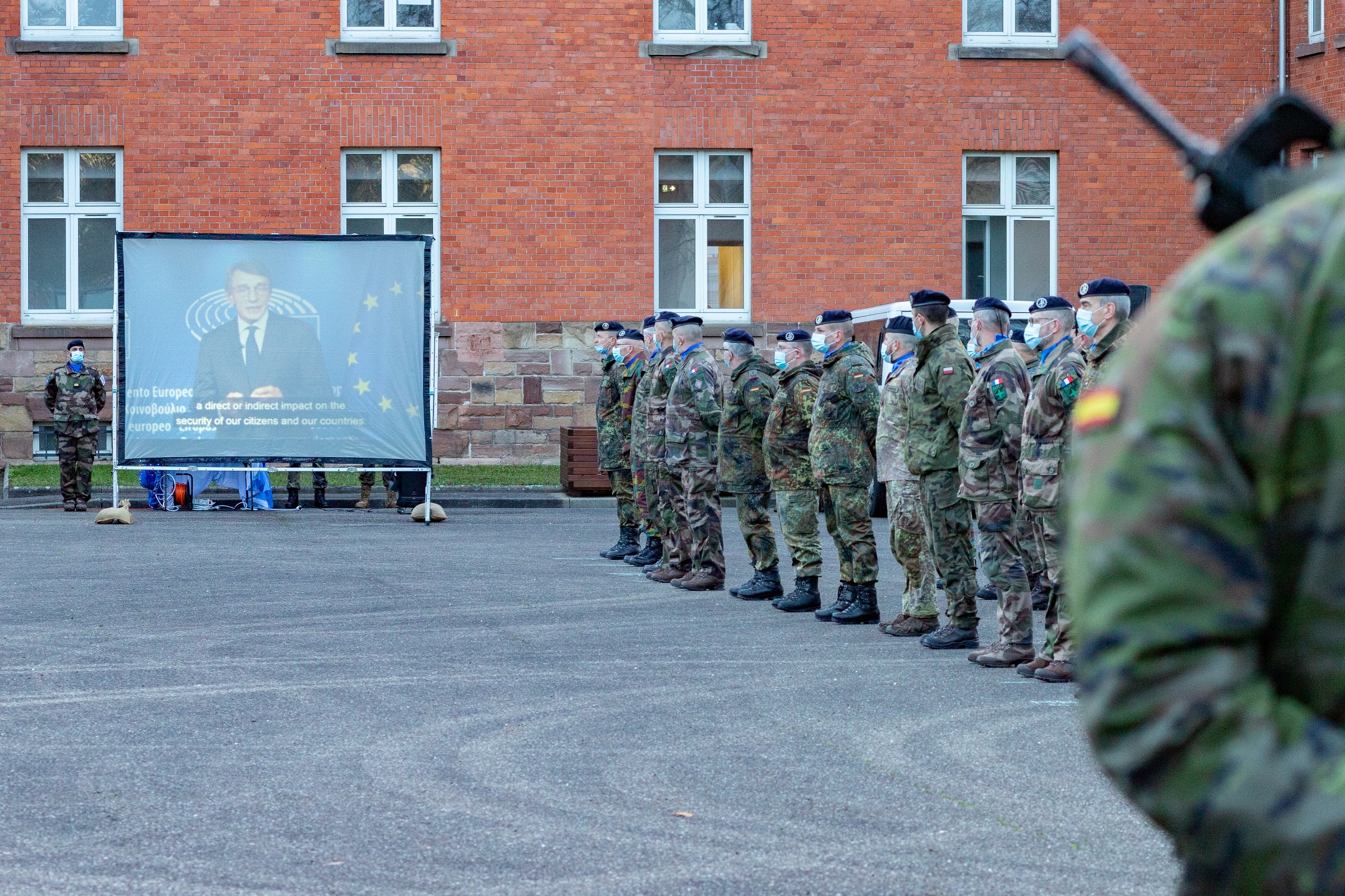 Lieutenant General KOLODZIEJ, Commander EUROCORPS (COMEC) presided a farewell ceremony on behalf of the multinational contingent set to take part in the European Union Training Mission in Mali. On mid of January, some sixty Spanish, Belgian, German, French and Luxemburgish EUROCORPS soldiers will embark on EUTM-Mali over a six-month period.

The COMEC addressed EUROCORPS servicemembers assembled for the occasion, underlining the outstanding job each and every one of them has done to maintain the operational readiness called for by the NRF 2020 standby phase and conduct preparation for EUTM-Mali. For Lieutenant General KOLODZIEJ, these European missions are “the tangible sign of EUROCORPS’ dedication to the European Union, which is recognized at the highest level.”

“Your mission in Mali next year demonstrates the strong contribution, that Europe is determined to make, to maintain and indeed, improve global security.”
David SASSOLI, President of the European Parliament.

The European Parliament President David SASSOLI was keen to deliver a message of gratitude and support to the multinational EUROCORPS contingent prior to deployment. As Covid restrictions prevented the president from attending, Mr. SASSOLI’s speech was recorded ahead of time and played during the ceremony. He praised the multinational corps for its efforts day in and day out contributing to peace and security, especially in the demanding times brought on by the Covid-19 pandemic. The EP President also emphasized the role of EUTM in safeguarding and improving international security. For Mr. SASSOLI, EUROCORPS’ ongoing actions and its commitment to EUTM in particular stand for an illustration of what the European Union is capable of achieving in the areas of defense and global security.

Spanish Brigadier General GRACIA HERRÉIZ, Deputy Chief of Staff Operations EUROCORPS, will command the first rotation in Mali. During the ceremony, the general explains his aims for the coming Mission, namely the pursuit of the primary objective, to assist the Malian Army in improving its operational expertise while continuing to expand European training provided to the G5 Sahel countries. This will likely prove a difficult task, given the challenges posed by Covid-19 combined with the prevailing political and security situation in Mali. Brigadier General GRACIA HERRÉIZ asserted his absolute confidence in each of the soldiers deploying to Mali. Having all served together in Strasbourg, EUROCORPS soldiers form a major asset for mission success from the very moment they arrive in theater.

While 2020 has been dominated by an NRF standby period set to end on 31 December, EUROCORPS will commit nearly 240 soldiers over four EUTM rotations in 2021-2022, placed under the consecutive command of a Spanish and a German EUROCORPS general in Mali and French and Belgian generals in the Central African Republic. During the same period, preparations are underway for 2024, when Eurocorps will once again be assigned responsibility as Joint Task Force Headquarters for NATO. 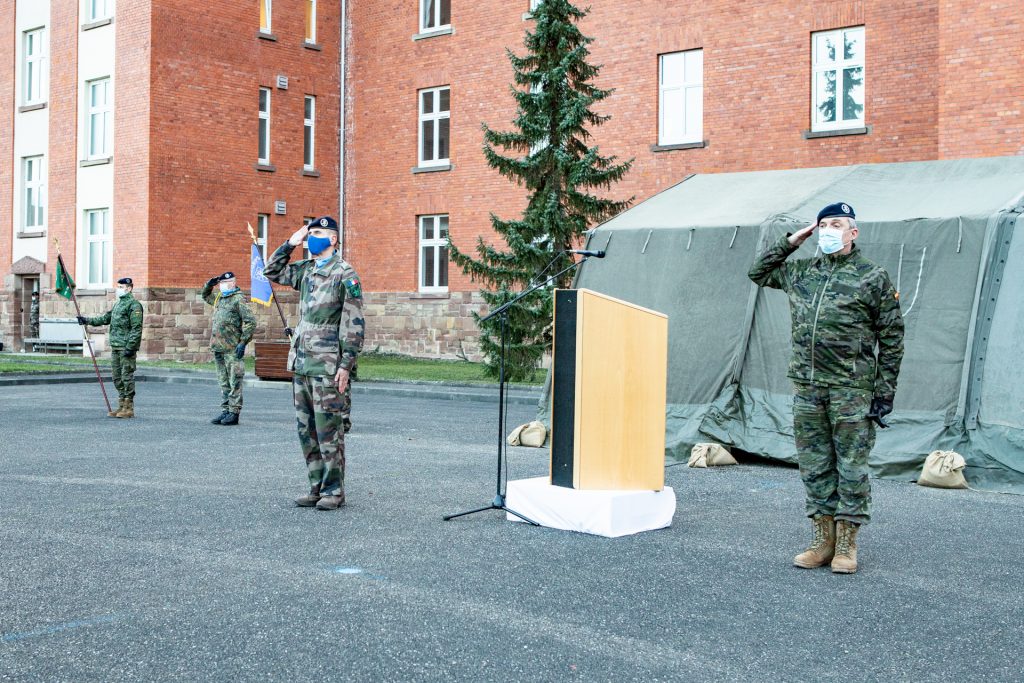 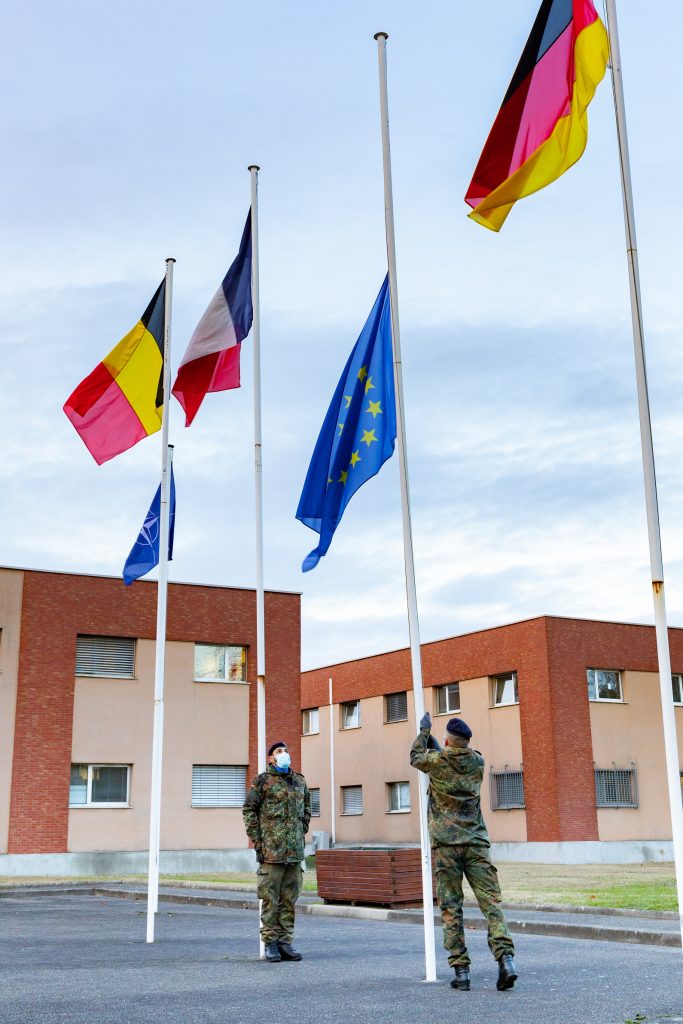 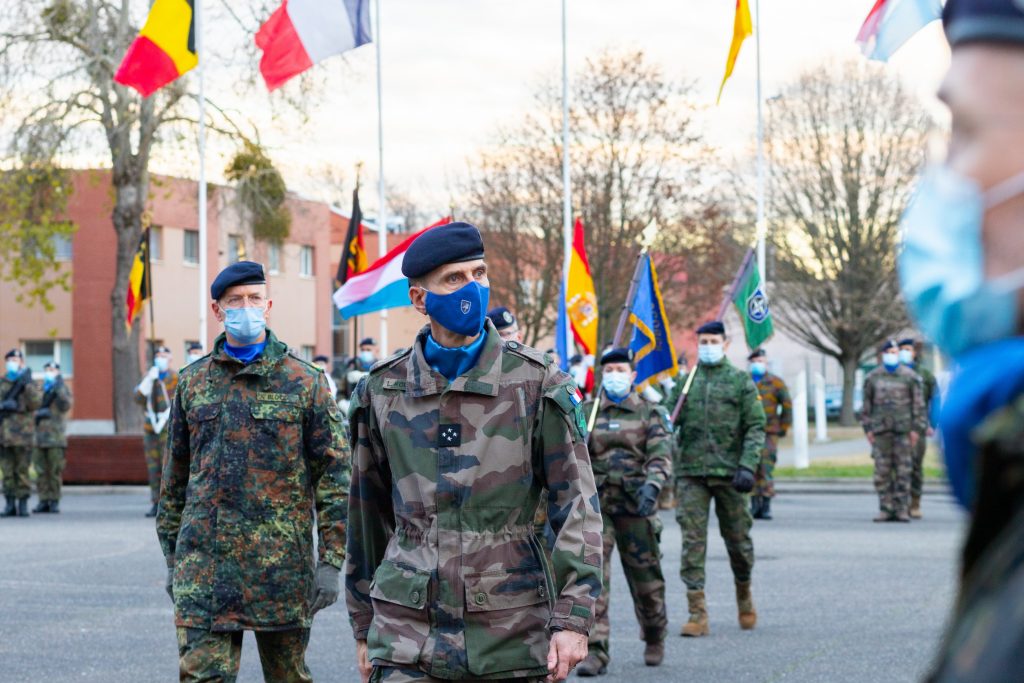 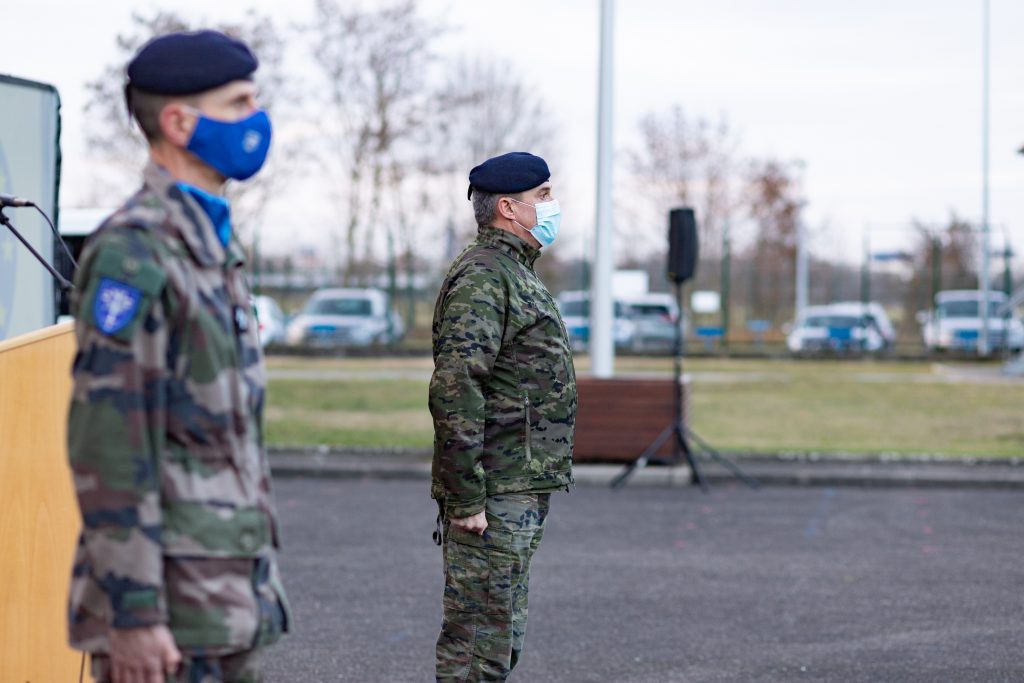 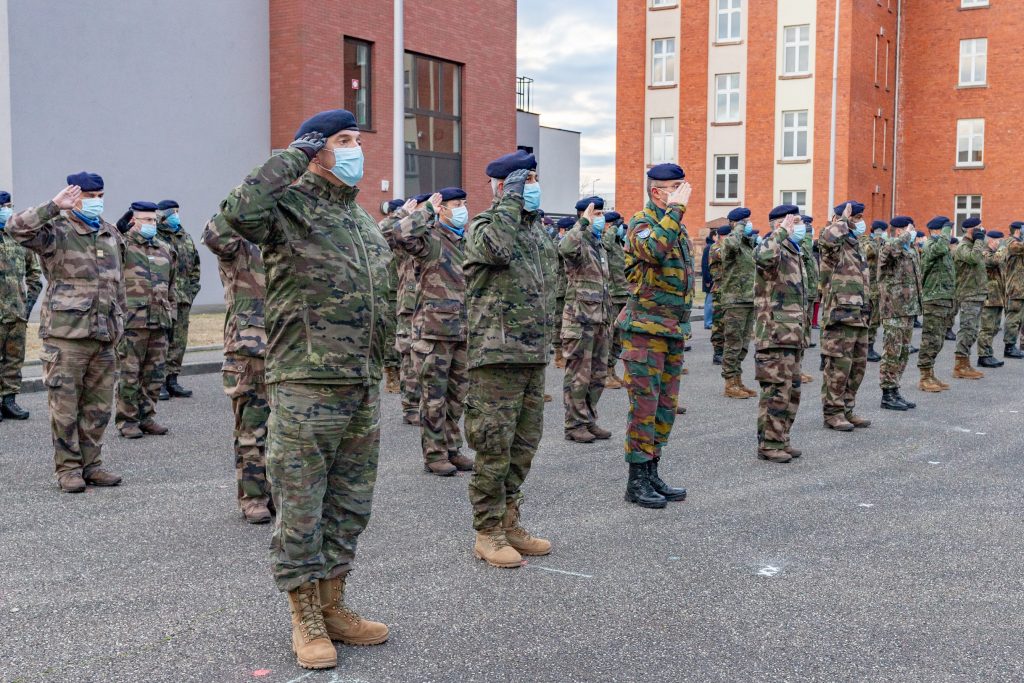 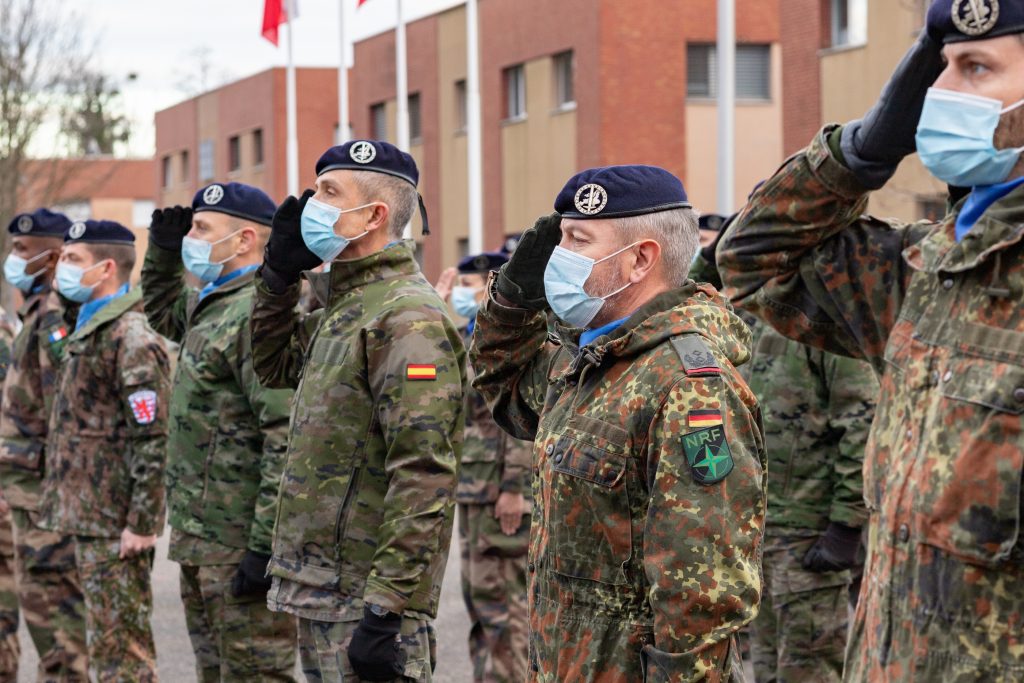