72 hours to build resilience and determination 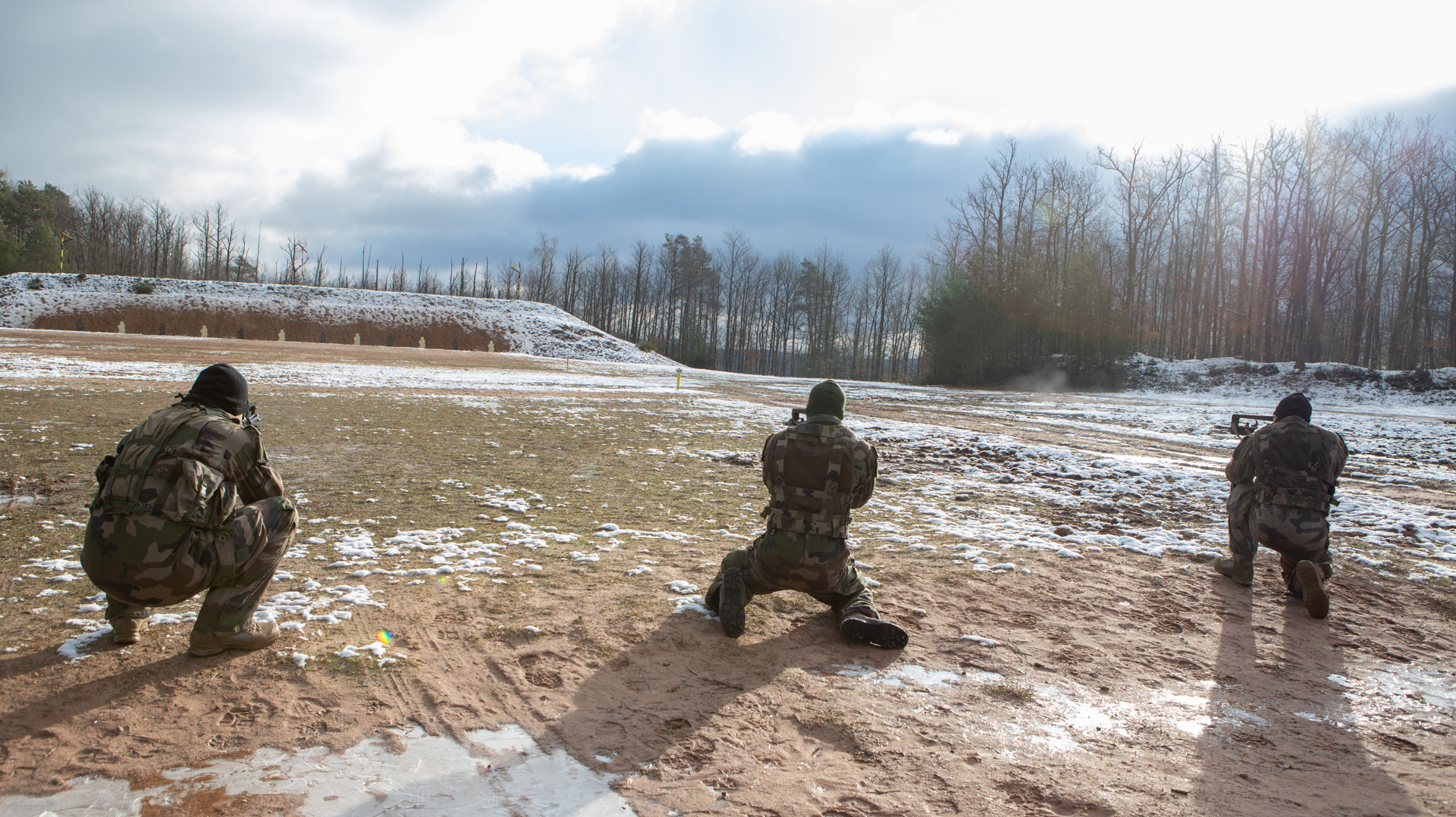 The French contingent of the Headquarters Support Battalion (HQ SPT BN), part of Eurocorps’ Multinational Command Support Brigade, traveled to the Bitche military camp to undergo a 72-hour operational training session. The program included target practice, marches and bivouacking for a refresher course in preparation of the scheduled departures for the European Union Training Missions (EUTM) in Mali and the Central African Republic.
Strasbourg, 6:15 a.m. Everybody falls in. For Captain Alexis, Unit Commander of the HQ SPT BN’s Transport Company and now leading the exercise, it is an opportunity to recall the philosophy of the next three days. “More than just battle-hardening training, it is also an opportunity to get some fresh air”. The stated objective: to check the soldiers’ physical condition according to the necessary prerequisites for embarking on a mission. Along with their allies, the French Eurocorps soldiers will carry out a total of four EUTM rotations between 2021 and 2022 in Mali and the Central African Republic.

“This is not the African climate”

First step, validating soldiers’ shooting qualification with the FAMAS. No warm sand here, but snow and temperatures nearing zero degrees. At the firing range, Lieutenant Pauline, platoon leader with the HQ SPT BN Command Post Setup Company and combat firing techniques instructor (ISTC), gives the instructions and orders the shots with a whistle. “We don’t often get a chance to meet, especially with the health crisis,” she says. “This exercise helps strengthen cohesion among the French personnel of the battalion,” emphasizes the lieutenant, who points out that it is an opportunity for her to take her bearings in anticipation of multinational-level exercises.
100m, 75, 50, 25, unsupported prone firing, in free-standing position… “It is an opportunity to revisit the basics, a refresher course for rehearsing combat actions: shooting and resilience, even if this is not the African climate,” says Warrant Officer Quentin, 40, who will go to the Central African Republic in September to take up a position as head of the maintenance section. “This will be my first multinational mission, and that makes a huge difference, it adds something to the mission,” continues this NCO, whose job as head of the reception, diagnostic and inspection workshop is a rare specialty.
Corporal Dimitri, 22, is a mechanic within the same group. “The training course allows you to breathe, to come together, to build cohesion and to maintain your technical skills,” he says. He too will be going to the Central African Republic in September. For him as well, it will be the first multinational mission. “You have to know how to get by in English in order to communicate with comrades from other nations. In Lizé, I’m already working with Belgian and German soldiers, and it is going very well. In my opinion, we are all doing the same thing.”

The target practice ends at 12:30 p.m., and we’re headed for building 493 of the CFIM (Centre de Formation Initiale Militaire) for a proper installation. “Now for the rest of our adventure…”, says Captain Alexis before giving the instructions: “Tonight we will enjoy the heat, a good bed, then tomorrow night we will be sleeping on the ground.” After eating and preparing their bags, the soldiers leave for a 15 km walk around the camp, in three groups, each equipped with a map. The day ends with a night delta training module and a shooting practice using a rifle scope
The next day, a new shooting session with FAMAS is planned. The group will also test its resilience by spending a night in individual tents (due to Covid). The exercise will end at the 1st RHC (Attack helicopter Regiment) of Phalsbourg with a combat firing practice in an ”urban area” type situation. The first step towards operational commitment! 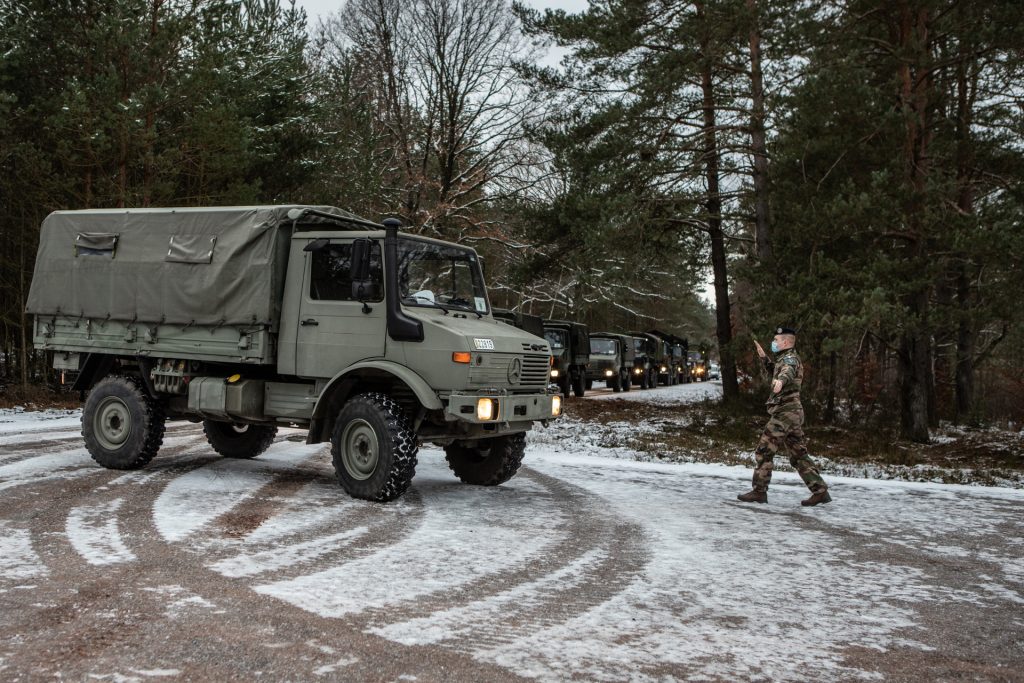 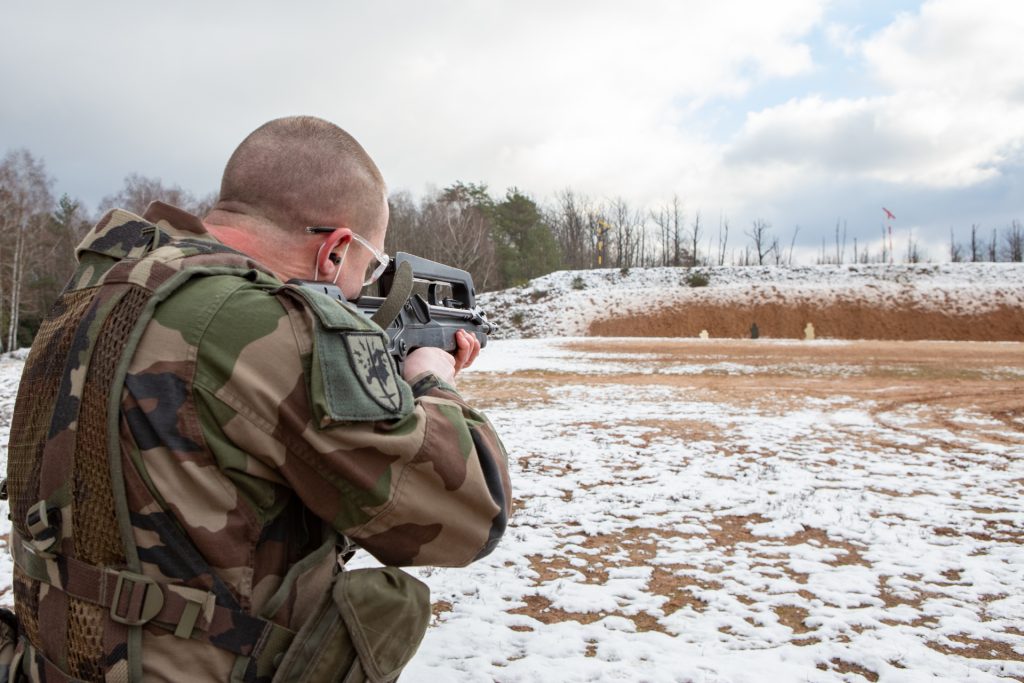