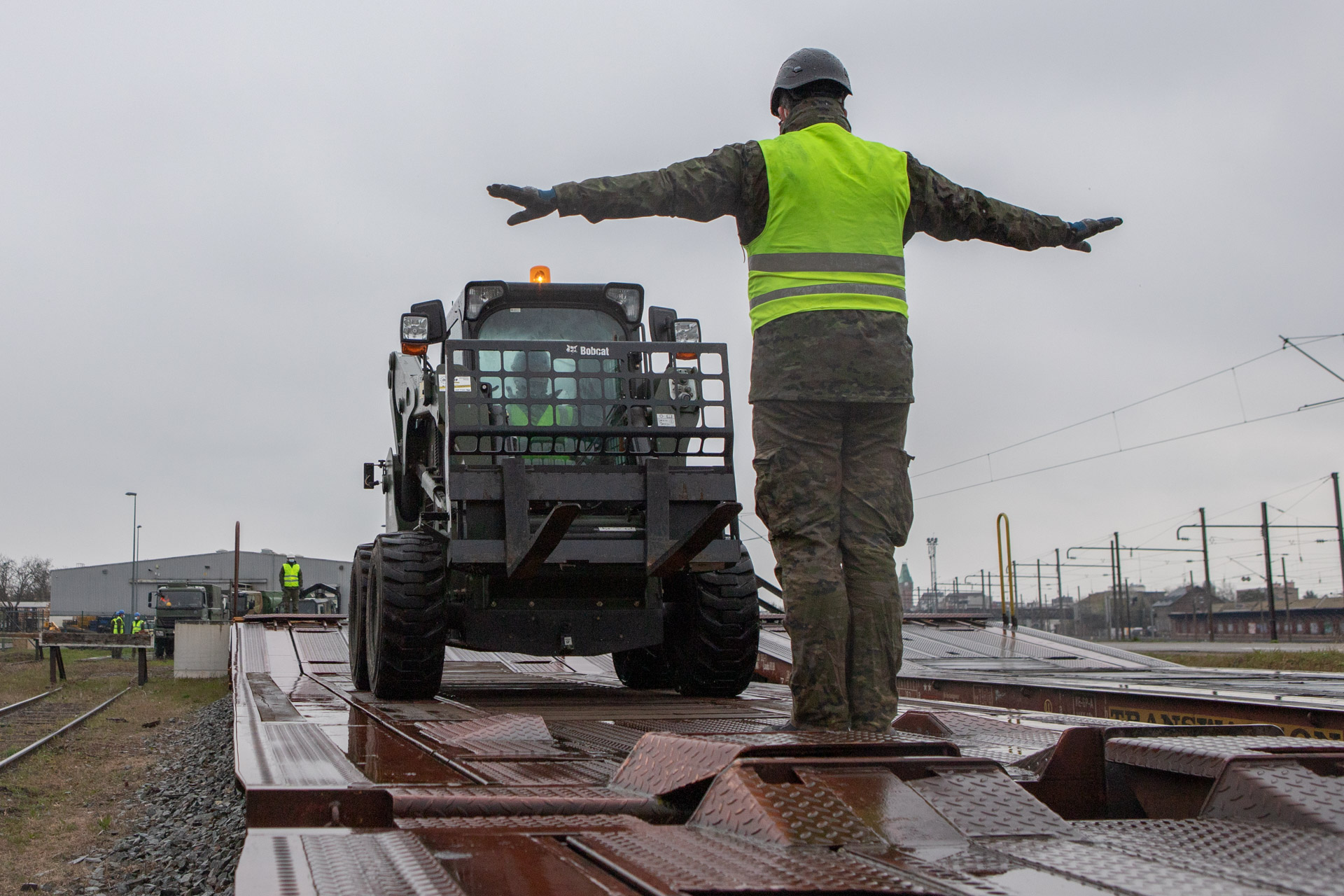 April 13, 2021, 0745 hours, a column of Eurocorps’ German, Belgian, French, Polish and Spanish vehicles make their way down Colmar’s avenue Raymond Poincaré, the city’s main thoroughfare, towards its freight yard. For the past several weeks, the soldiers of the Headquarters Support Battalion have been preparing for an exercise involving the loading and unloading of a wide range of its vehicles and containers in coordination with rail carrier Fret SNCF. With about 60 soldiers from five nations, the exercise is intended to maintain Eurocorps’ ability to deploy equipment and vehicles by rail in an operational commitment for the benefit of NATO or the EU.

At 0800 hours, the entire convoy pulls into the exercise area. The troops of the Command Post Company (CP Coy) set up the TOC, or Tactical Operations Center, led by Major Carole, a French officer in charge of the training in the Battalion. Major Carole is in charge of conducting operations, overseeing the entire exercise and liaising with Eurocorps’ command group and partners. Meanwhile, the soldiers of the Transport Company (TPT Coy) prepare their vehicles for loading onto rail cars. They tie down tarpaulins to keep them from blowing around and stow antennae.

At work on the ground is French Staff Sergeant Gregory. Under normal circumstances, he would be in charge of the Battalion’s ammunition depot and fuel bunkers, but as Eurocorps’ only holder of a specialist rail loading qualification, he’s wearing a different hat today. Only French soldiers having undergone the relevant training at the Military Training Centers of Bourges (Écoles Militaires de Bourges, EMB)* are authorized to perform rail loading operations on French soil. Drilling his skills for the first time since completing training in September 2020, the exercise was an opportunity for the Staff Sergeant to implement what he’s learned. A highly distinctive process requiring that Staff Sergeant Gregory train all Battalion personnel in rail loading and unloading techniques prior to the exercise. “What’s peculiar about Eurocorps is that we work with soldiers across different nationalities, who don’t necessarily share guidance procedures, for example,” explains the NCO. But that’s not a problem, because for the Staff Sergeant, a soldier can be commanded just the same no matter his or her nationality, the only difference here being that he gives orders in English.

At 0900 hours, the Staff Sergeant sees to yet another of his responsibilities, the safety briefing. For him, it is a matter of priority. He calls all the soldiers together to review the rules concerning safety and movement inside the exercise area. On site, he is assisted by a loading advisor from the French National Railways (SNCF), with whom he has dealt in the weeks leading up to the exercise, performing a rundown of blocking and bracing equipment (chocks and straps). Together, they set out the rail car requirements according to the precise size and type of military equipment being hauled. For Fret SNCF, the exercise’s greatest challenge lay in transporting certain equipment types for the first time. “First of all, we had to take wheel-to-antenna measurements, accurate to the nearest millimeter and including side mirrors, on all vehicles. This painstaking work enabled us to calculate each vehicle’s gauge and pick the best suited rail car”, said Geoffroy MERCIER, Armed Forces Sales Manager for Fret SNCF. Once railcar/vehicle pairings were drawn up, SNCF Réseau was inquired to verify if an abnormal load permit would be needed for the equipment to travel on main rail lines. By 1145 hours, all nine vehicles and their trailers were loaded onto 200 meters of rail cars on time and in complete safety! Fret SNCF managed to pull the loaded equipment around in a U-turn maneuver, allowing TPT Coy soldiers to practice unloading forward-facing vehicles that afternoon. This final maneuver allows the equipment thus loaded to undergo its baptême de fer, or freight christening, explains Mr. MERCIER. The railway carrier also plays an essential advisory and expertise role through the provision of specialists. They carry out studies and loading tests ensuring that the entire loaded convoy is fit for rail travel within proper safety conditions.

This exercise was the result of a collaboration between Eurocorps and SNCF made possible by the support and advice of the French Ministry for the Armed Forces’ Central Rail Commission (Commission Centrale Fer, CCF). The CCF was of great assistance to Eurocorps servicemembers tasked with carrying out the exercise, both in terms of financing and preparation, as well as throughout the exercise itself.

1600 hours, End of Exercise. The vehicles and containers are unloaded from the rail cars and the TOC is torn down. Before heading back to Strasbourg, Belgian Lieutenant-Colonel Jean-Marc CAPRACE, Commander of the Eurocorps Support Battalion, has a look around the field, stopping to emphasize the outstanding work done by all personnel. For the Lieutenant-Colonel, it is essential that his soldiers train continuously to keep these highly specialized skills sharp and remain ever ready to support Headquarters Eurocorps under any circumstances. A job well done in line with the Battalion’s motto: Bound to succeed.”

What about FRET SNCF ?

Fret SNCF is a historic partner of the French Armed Forces, extending back to 1948. Each year, the railway carrier handles nearly 300 transport operations for the Ministry for the Armed Forces, including: 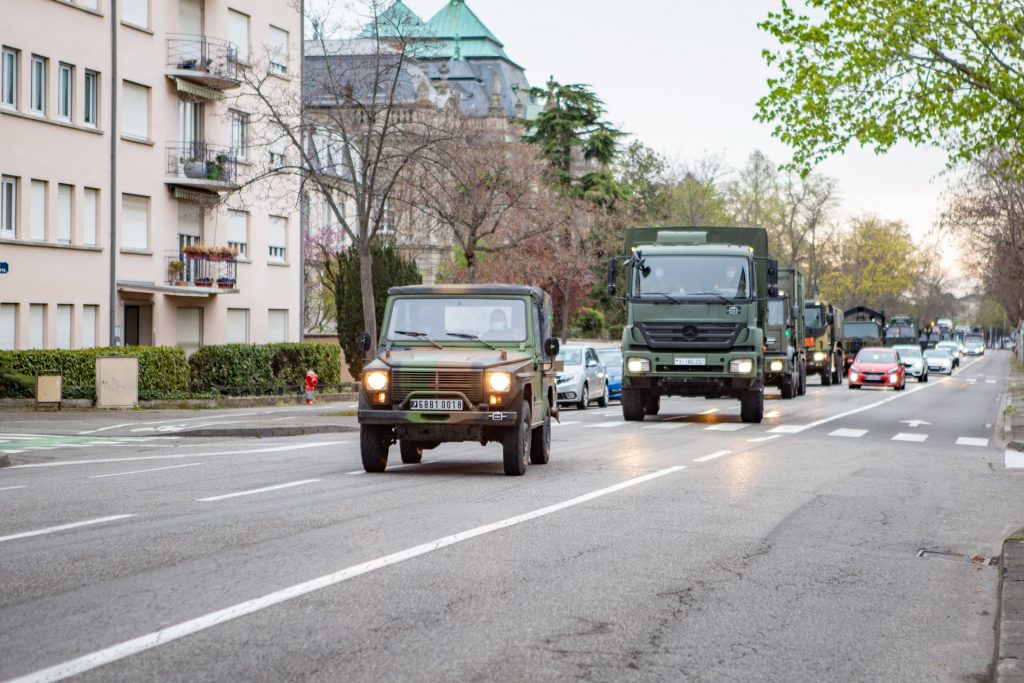 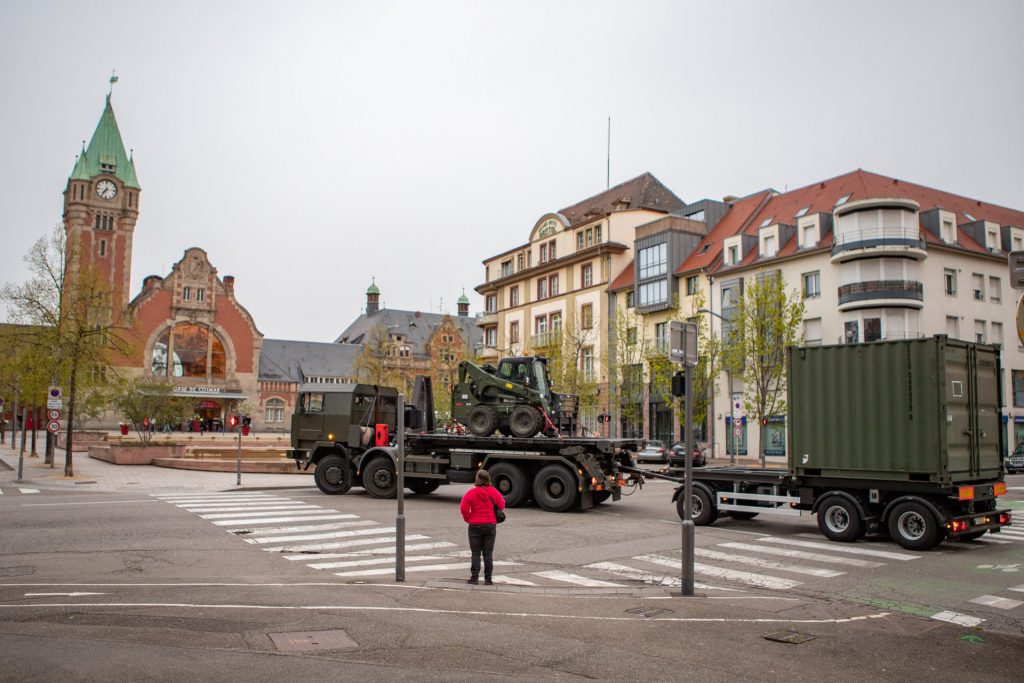 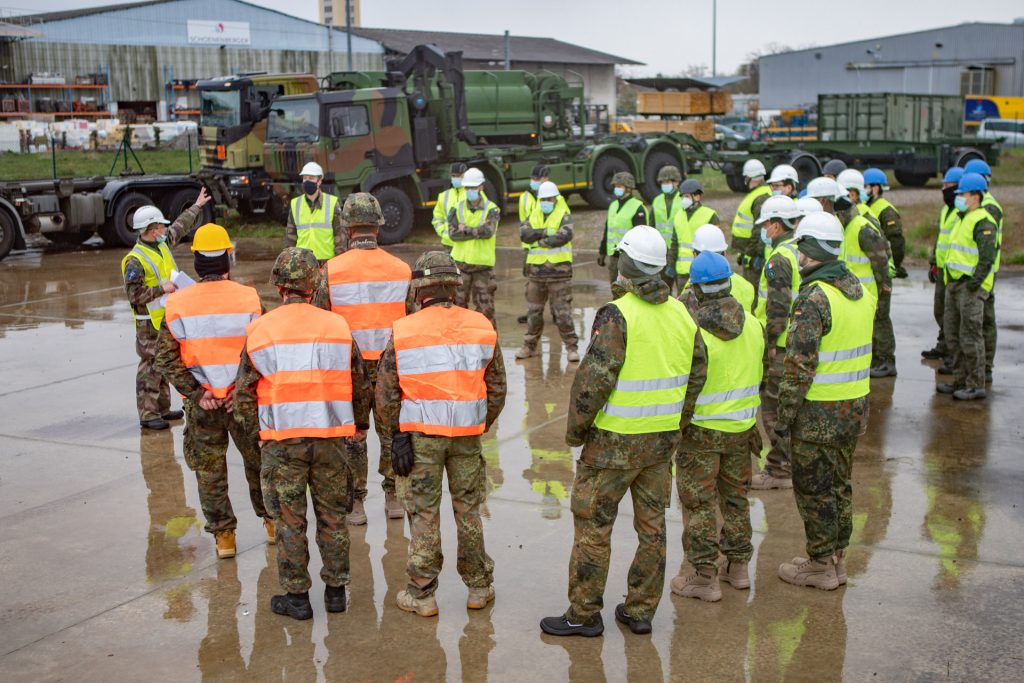 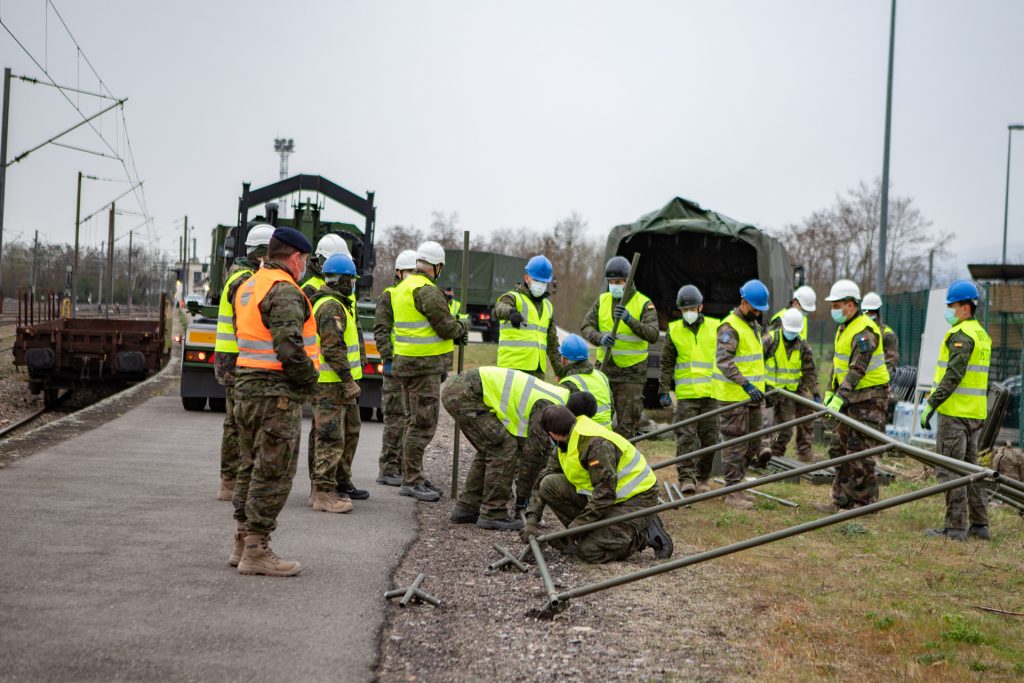 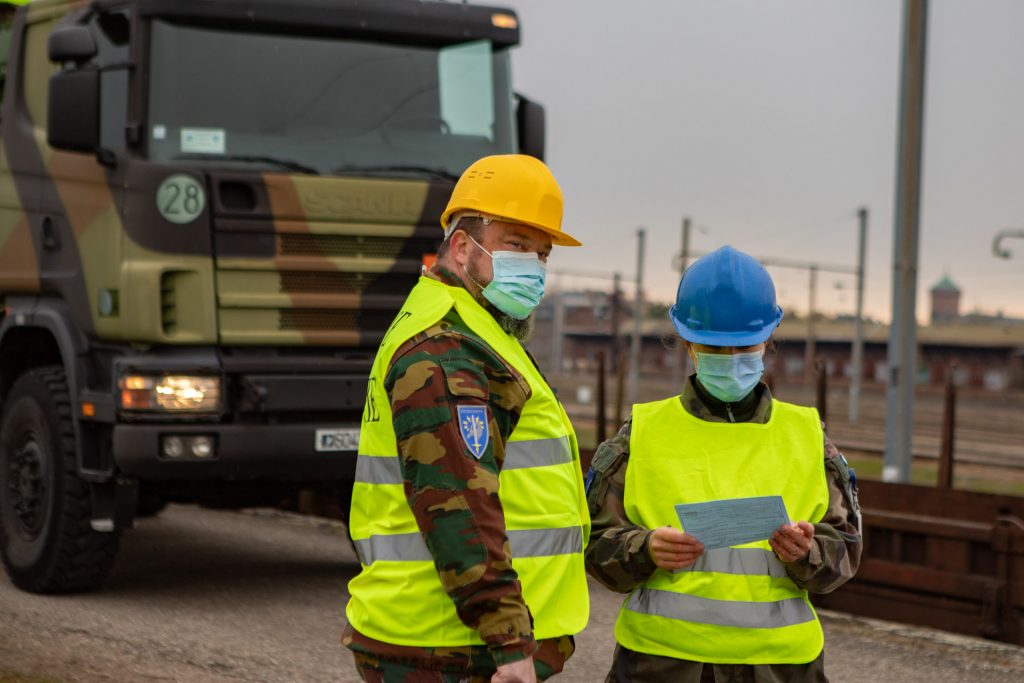 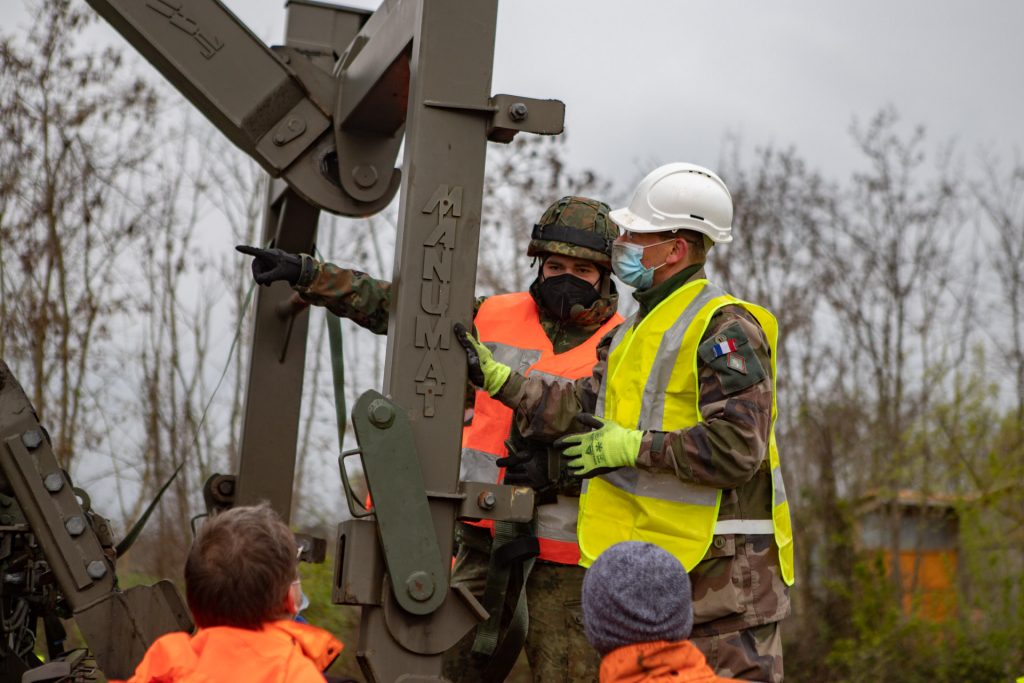 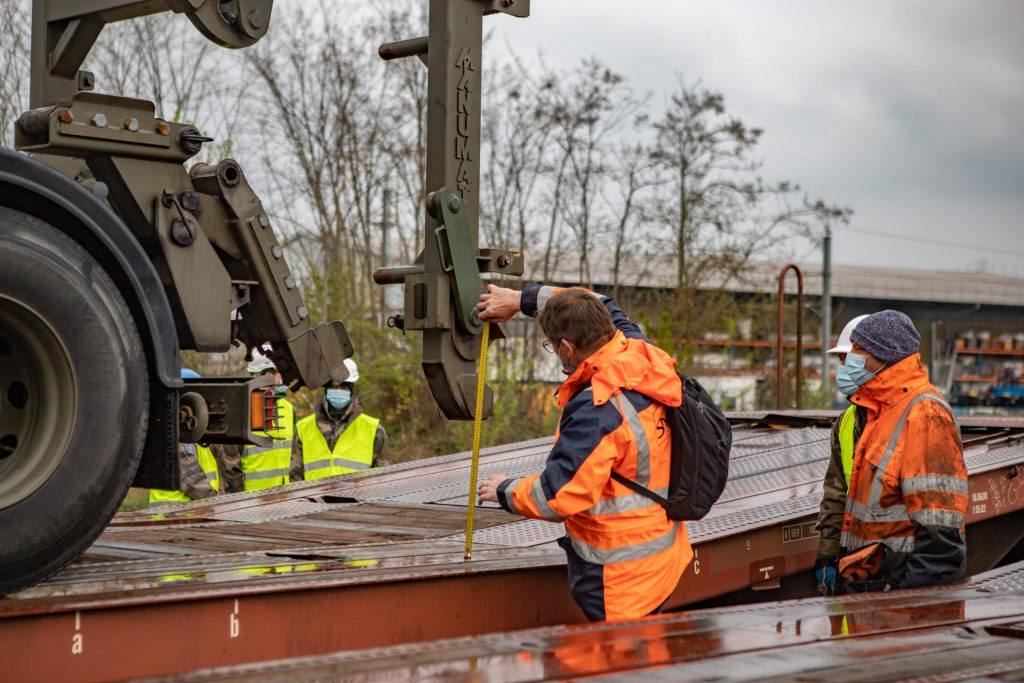 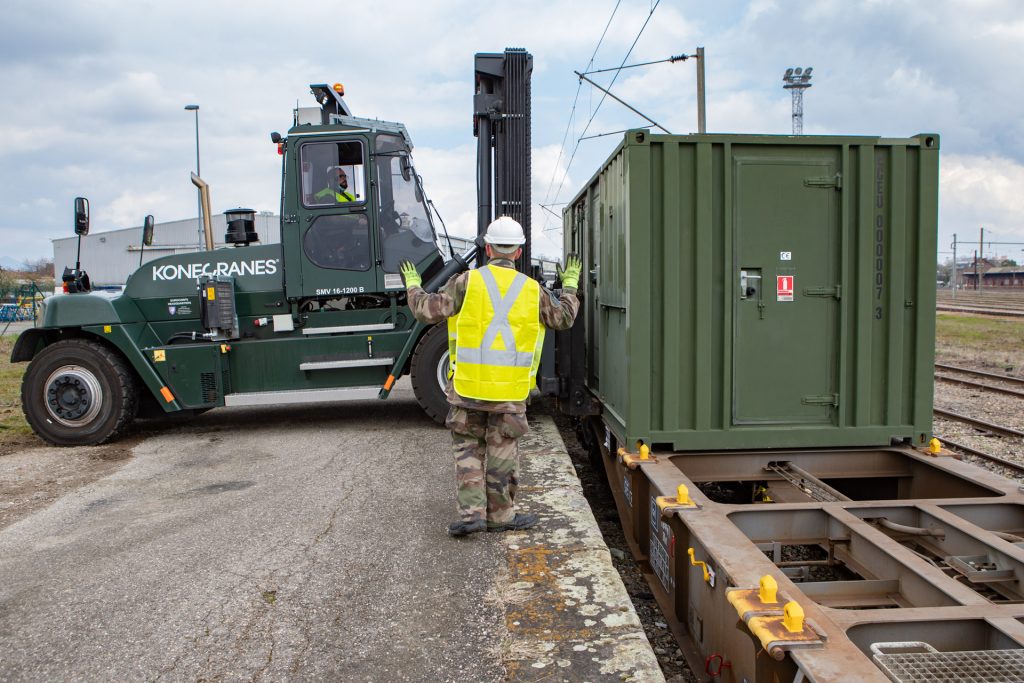 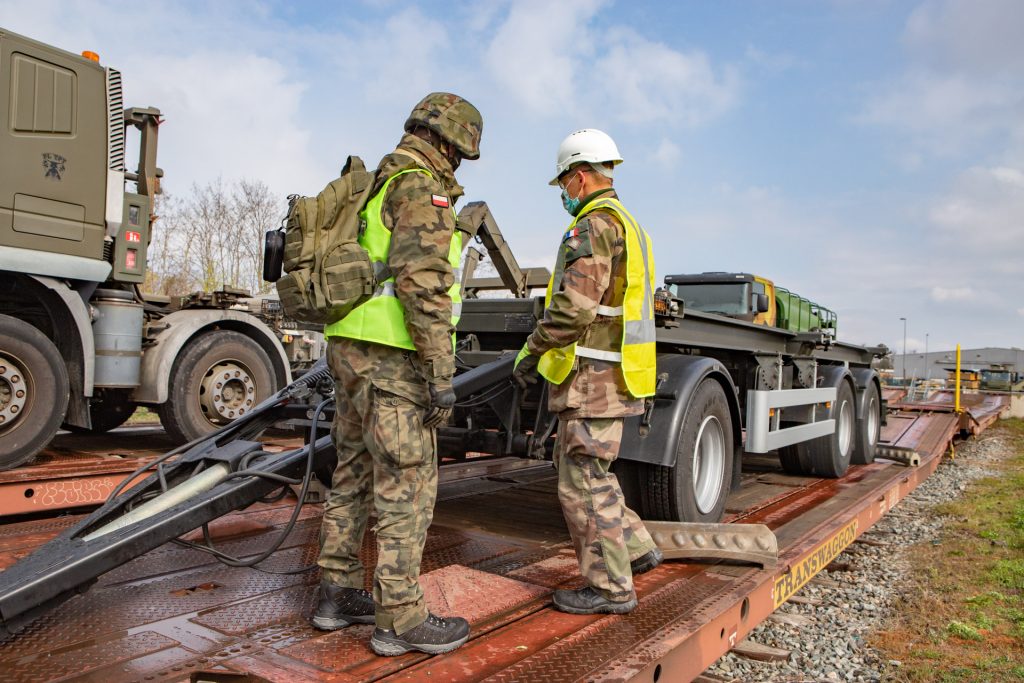 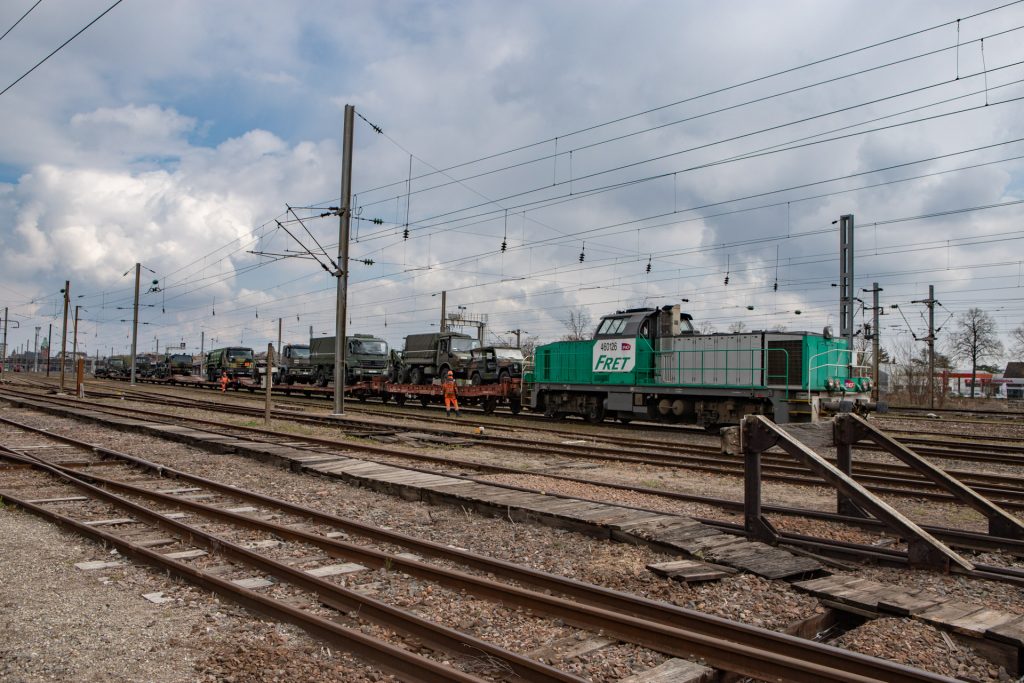