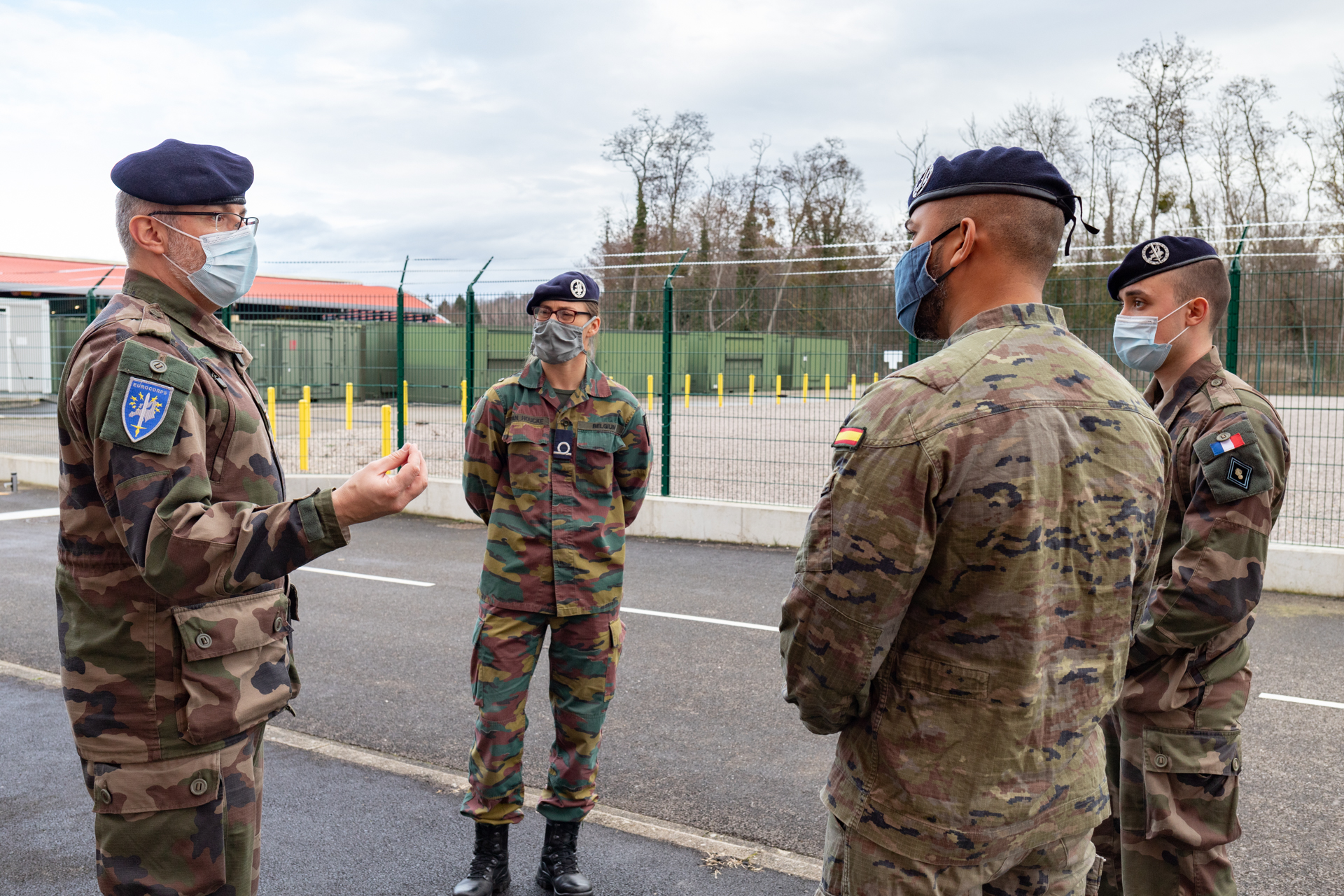 In his capacity as Command Senior Enlisted Leader (CSEL) at EUROCORPS, Sergent-Major Daniel, Chief Warrant Officer at EUROCORPS, participated in a new course given by the Baltic Defence College in Estonia at the end of last year. The Baltic Defence College organized this course for the second time in 2020, given how successful the first edition was.

Sergent-Major Daniel, Chief Warrant Officer, has been posted at EUROCORPS since September 2015, where he has been serving as Chief Administrator in the Logistics Branch (G4). In addition, he has been holding the position of CSEL at EUROCORPS for two years now. In this capacity, he is the main advisor of the Commanding General EUROCORPS on matters regarding all non-commissioned officers (NCOs) and Enlisted Personnel at the Corps. He is also responsible for mentoring the EUROCORPS NCOs and represents their needs vis-à- visto the Command Group. As is customary in all NATO high level commands, this function has been existing at EUROCORPS for five years. As EUROCORPS is dedicated to command missions for the benefit of both the European Union and NATO, it made sense to integrate this function into the command structure.

This course for Senior Non Commissioned Officers (NCOs) is unique of its kind in Europe. It is designed to prepare Command Senior Enlisted Leaders (CSELs) for service in the national and multinational environment on the strategic level.  On 21 September 2020, the second edition of the Command Senior Enlisted Leaders’ Course (CSELC) kicked off at the Baltic Defence College in Tartu, Estonia. The aim was to prepare CSELs to effectively advise, support and enhance leadership decision at the strategic level. But, of course, it was also an opportunity to meet CSELs from other national and multinational entities in order to share experiences. This course was established in 2019 as a joint effort by the Baltic Sea Nations in cooperation with NATO Allied Command Operations (ACO), Allied Command Transformation (ACT), Canada and US European Command (EUCOM). The CSELC 2020 brought together 15 participants from 11 nations coming from the Baltic Sea region and from transatlantic partners.

Despite the COVID pandemic, the Baltic Defence College decided to take up the challenge of organizing this event and provided a safe and professional environment for students during all phases of this course. As EUROCORPS entered the NRF LCC stand-by phase in 2020, NATO ACO CSEL offered OR9 Daniel the opportunity to attend CSELC 2020.

The course itself is organised in four modules. The first one (“Advanced Distance Learning”) is delivered online, and the following three (“Strategic Leadership”, “National Security Challenges” and “International Security Challenges”) are carried out on site. During the course, various speakers from NATO Centres of Excellence, Cambridge University, Tallinn University, the US Army War College, some Allied and Partner Nations, and some selected key leaders from the NATO Command and Force Structure shared their knowledge and viewpoints with the students. The course objectives were met, and the lectures and discussions were challenging for the students, as they were designed to take them out of their comfort zone and to present them with current strategic issues. Furthermore, the diversity of the students, subjects and guest speakers incited them to think from a different perspective and to practice critical thinking.

Two of the many highlights of the course comprised a table-top exercise and the presentation of an individual course paper to a distinguished defence panel including Brigadier General Ilmar Tamm, the Commandant of the Baltic Defence College, and the senior mentors. The graduation ceremony was held on 1 December 2020 and concluded the CSELC 2020 edition. Thanks to the efforts of the Baltic Defence College, the commitment of its students and the leadership exercised by Course Director Sergeant Major Peeter Einbaum, the CSELC 2020 was a huge success.

After the completion of the course, the SGM Daniel has been selected to integrate the Baltic Defence College Hall of Fame. This recognition highlights graduates who have distinguished themselves during their training as SGM Daniel added a lot of value to the course thanks to his rich and varied experience. 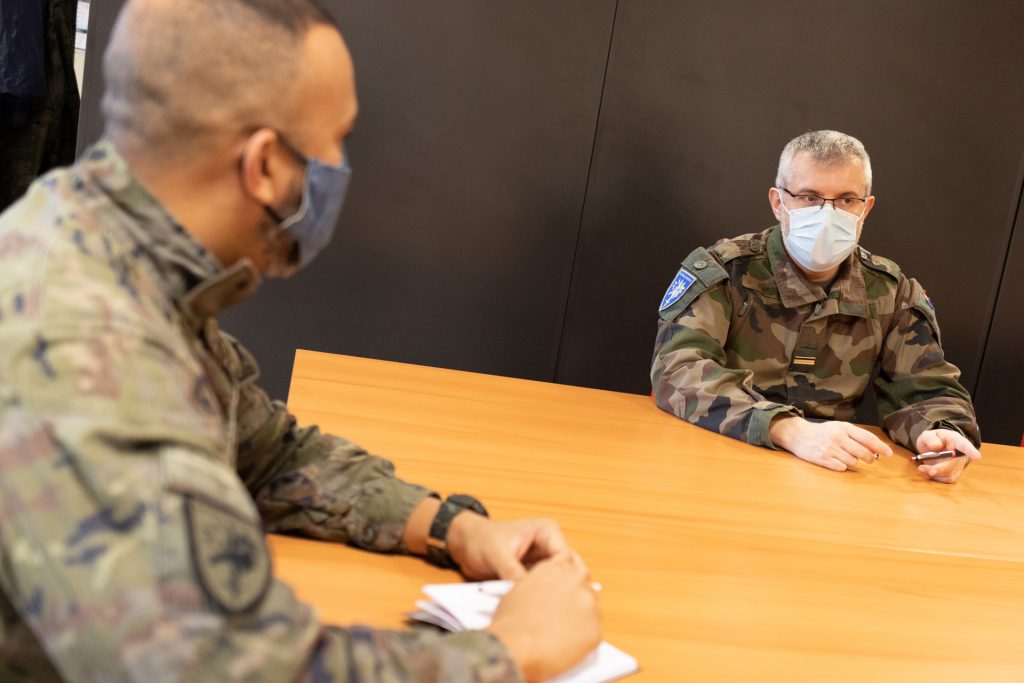 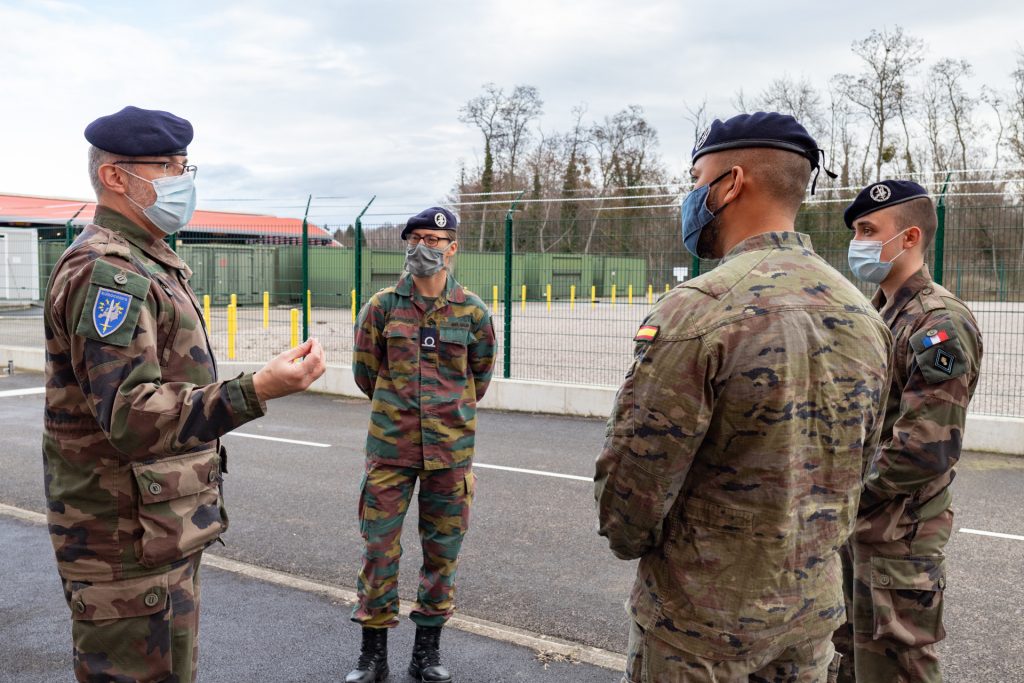 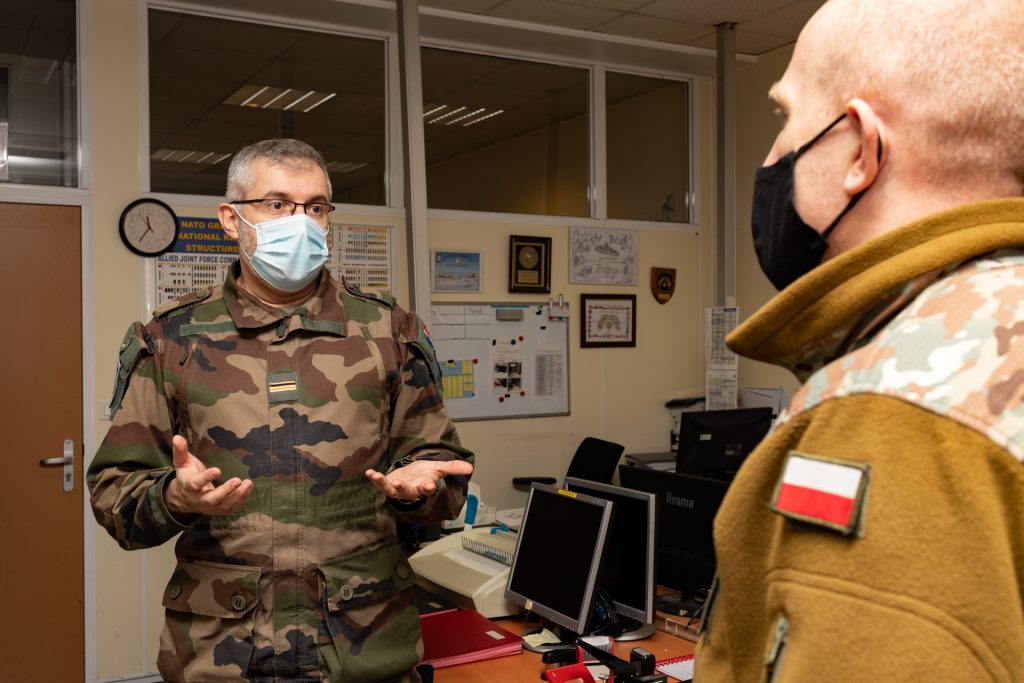 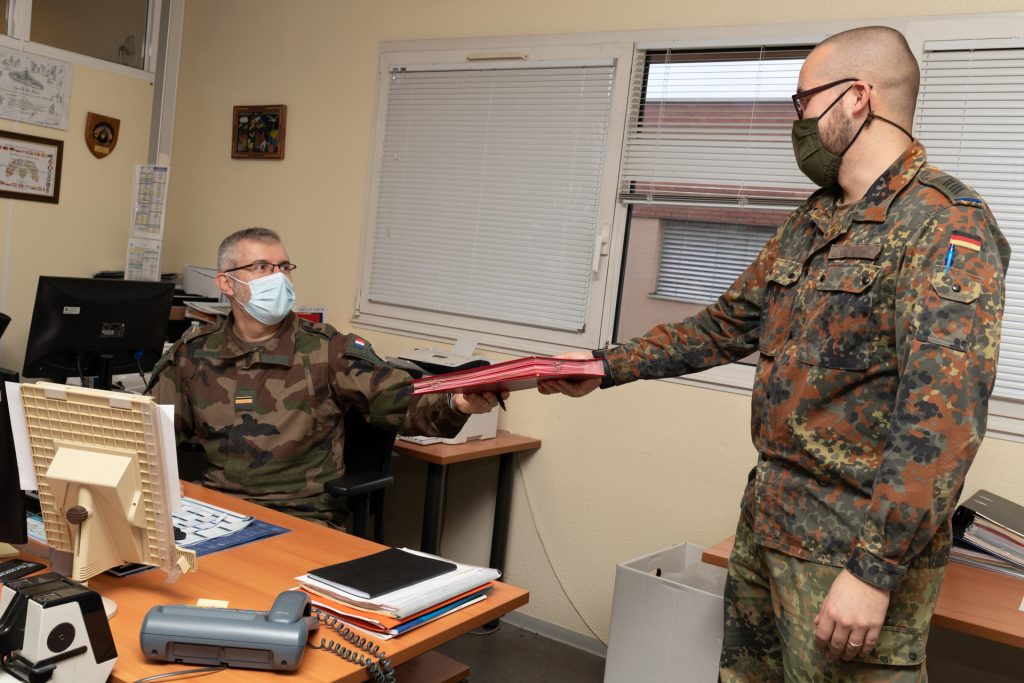 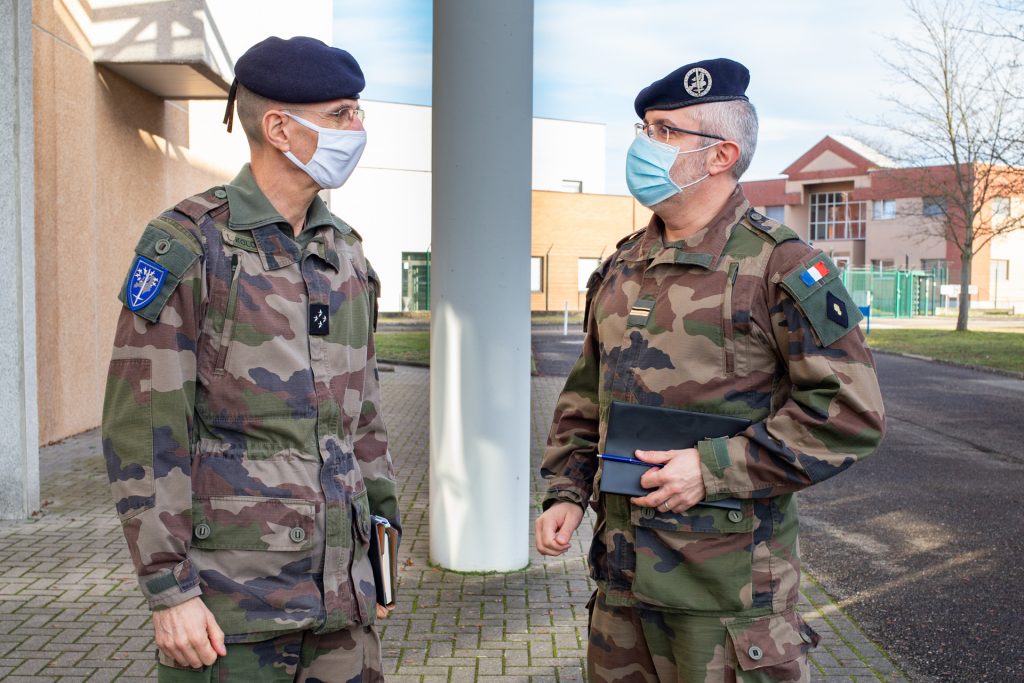 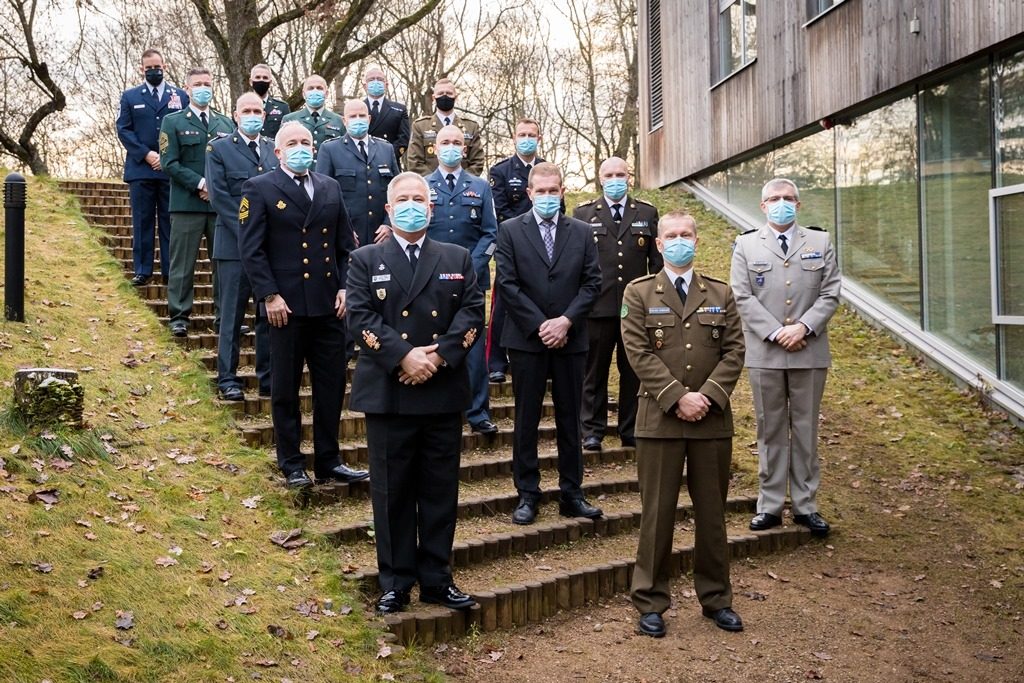 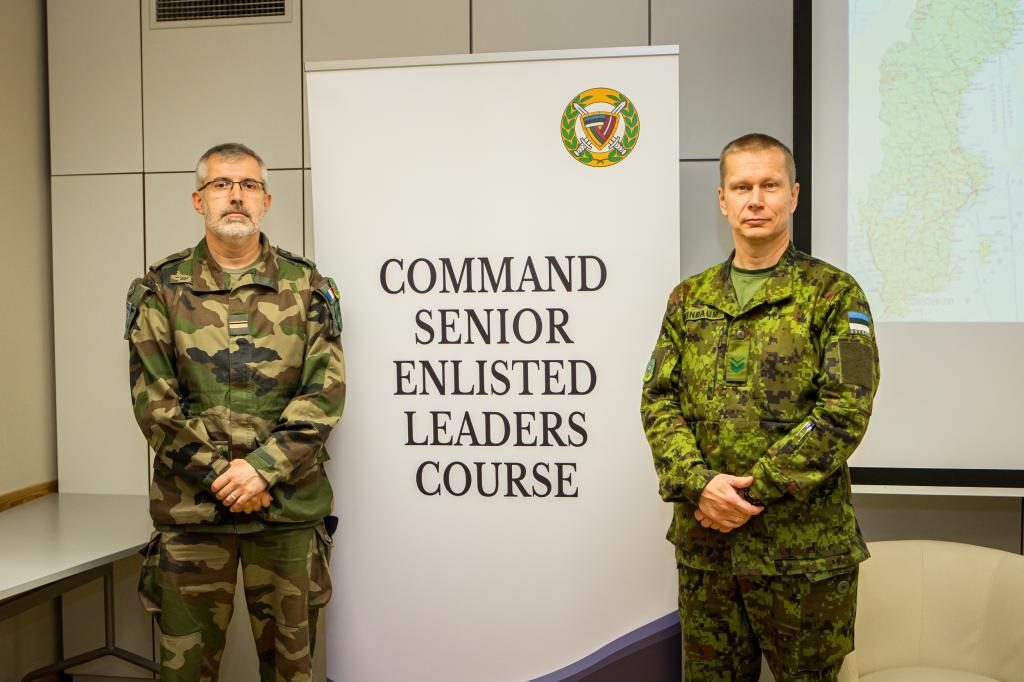 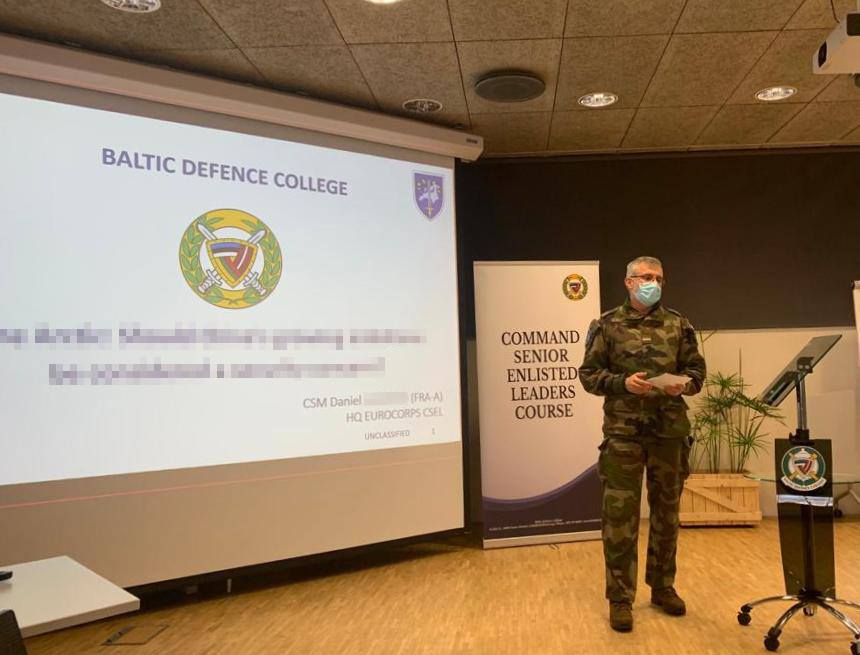 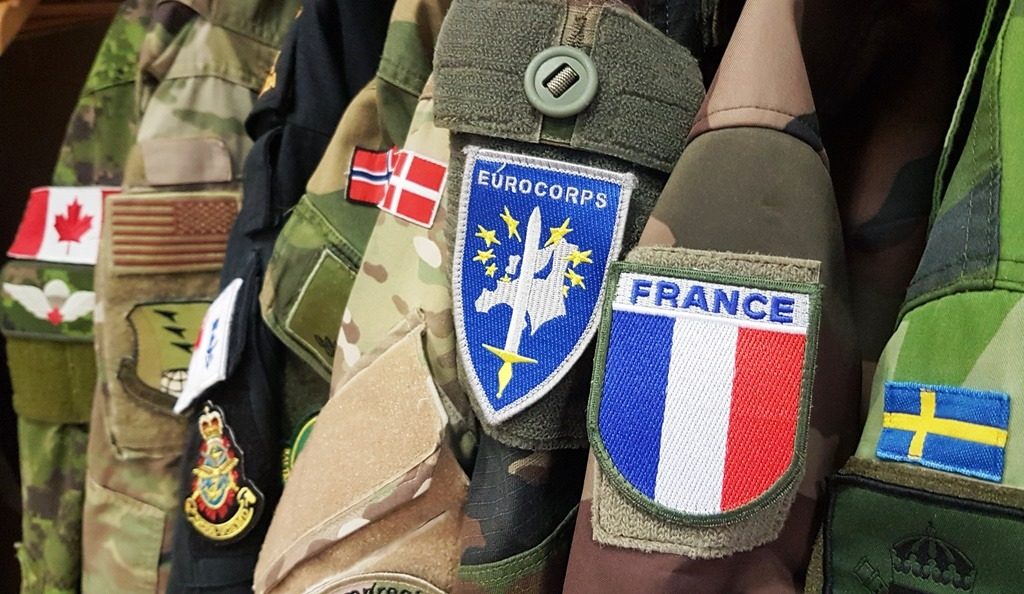