EUROCORPS prepares for NATO role in 2024

HomeNews2022EUROCORPS prepares for NATO role in 2024 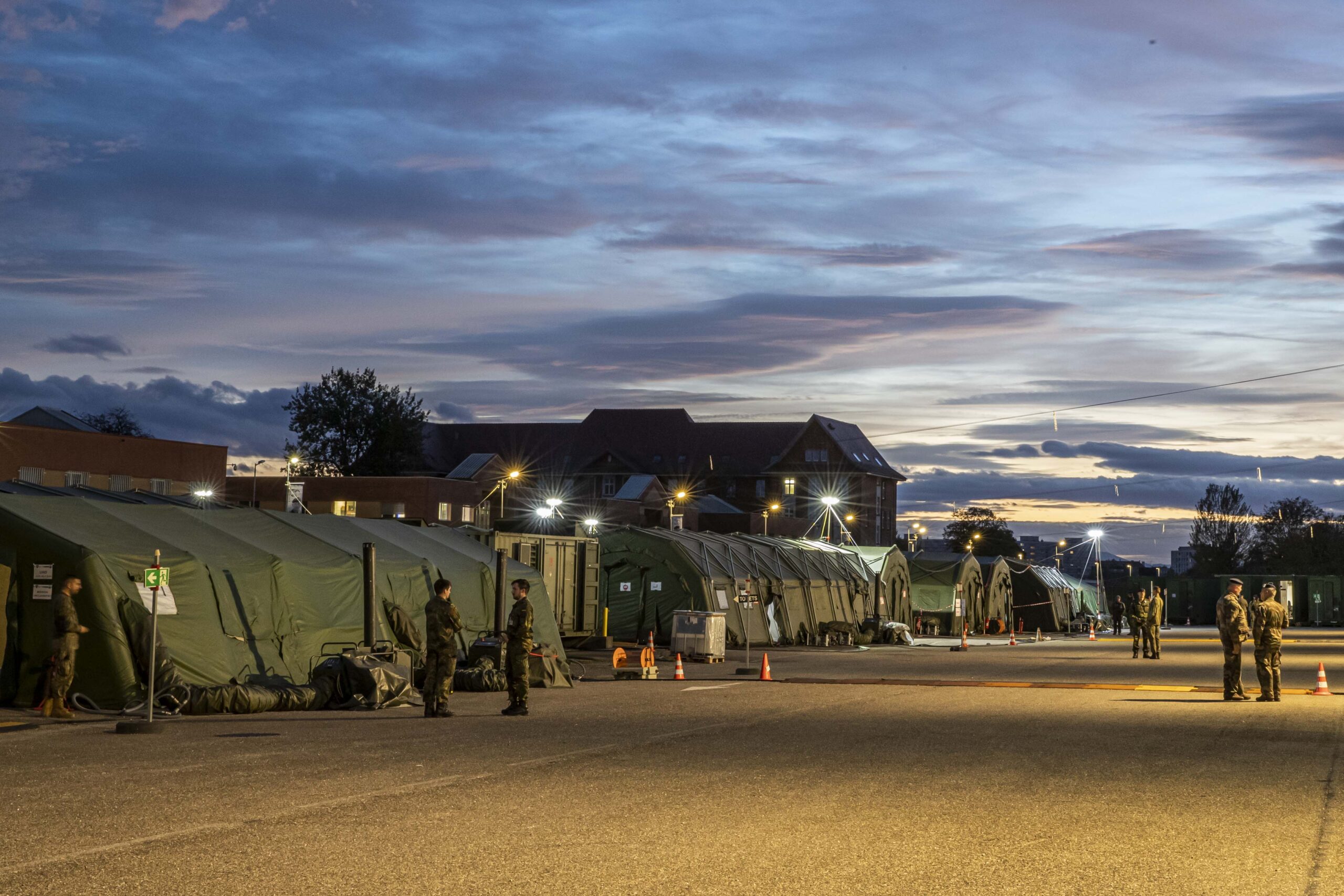 In 2024, EUROCORPS will assume the role of Joint Task Force Headquarters (JTF HQ), a headquarters for a NATO intervention force. To prepare for this future task and gain the necessary qualifications, EUROCORPS organised the battle staff exercise “Common Boost/Common Tenacity 22” in Strasbourg from 24 October to 9 November 2022.

One hundred kilometers of cables, a thousand workstations and 460 telephones were installed in the deployable headquarters of EUROCORPS as part of the exercise Common Boost/Common Tenacity 22. For two weeks, some 834 soldiers and civilians from 18 different nations were immersed in a fictitious but highly realistic scenario focusing on training procedures in a multinational headquarters with a representation from land, sea, air and Special Forces.

Common Boost/Common Tenacity 22 is part of the Common Exercise Series 2022, an operational-level Command Post Exercise that prepares EUROCORPS for its JTF HQ role. “This exercise is an internal preparation for the evaluation and certification exercise Steadfast Jackal in 2023 and for the real task as JTF HQ in 2024,” explains EUROCORPS’ Commander, Lieutenant General Peter Devogelaere. The evaluation and certification should demonstrate EUROCORPS’ ability to conduct “combined” and “joint” operations and meet strict criteria.

As JTF HQ in 2024, EUROCORPS could be deployed for crisis response operations, peace support operations, non-combat evacuation operations, disaster relief and humanitarian assistance, among others. “One of the strengths of EUROCORPS is its multi-nationality, involving highly integrated cooperation with other nations,” the General continued. “Deployability is also very important: we have the means to deploy quickly and autonomously.”

Made up of six framework nations (Belgium, France, Germany, Luxembourg, Spain and Poland) and five associated nations (Austria, Greece, Italy, Romania and Turkey), EUROCORPS epitomises a European idea of Defence. “EUROCORPS is like a Swiss pocket knife,” General Devogelaere compares. “It can be used for NATO, the UN as well as the EU. The organisation consists of different facets and is the ideal workplace to gain professional experience in multinational environments that is useful for self-development of the military as well as for any national defence organisation,” the General concludes. Moreover, in 2025, EUROCORPS will also assume the role of Deployable Force Headquarters under the EU Rapid Deployable Capacity (EU RDC). 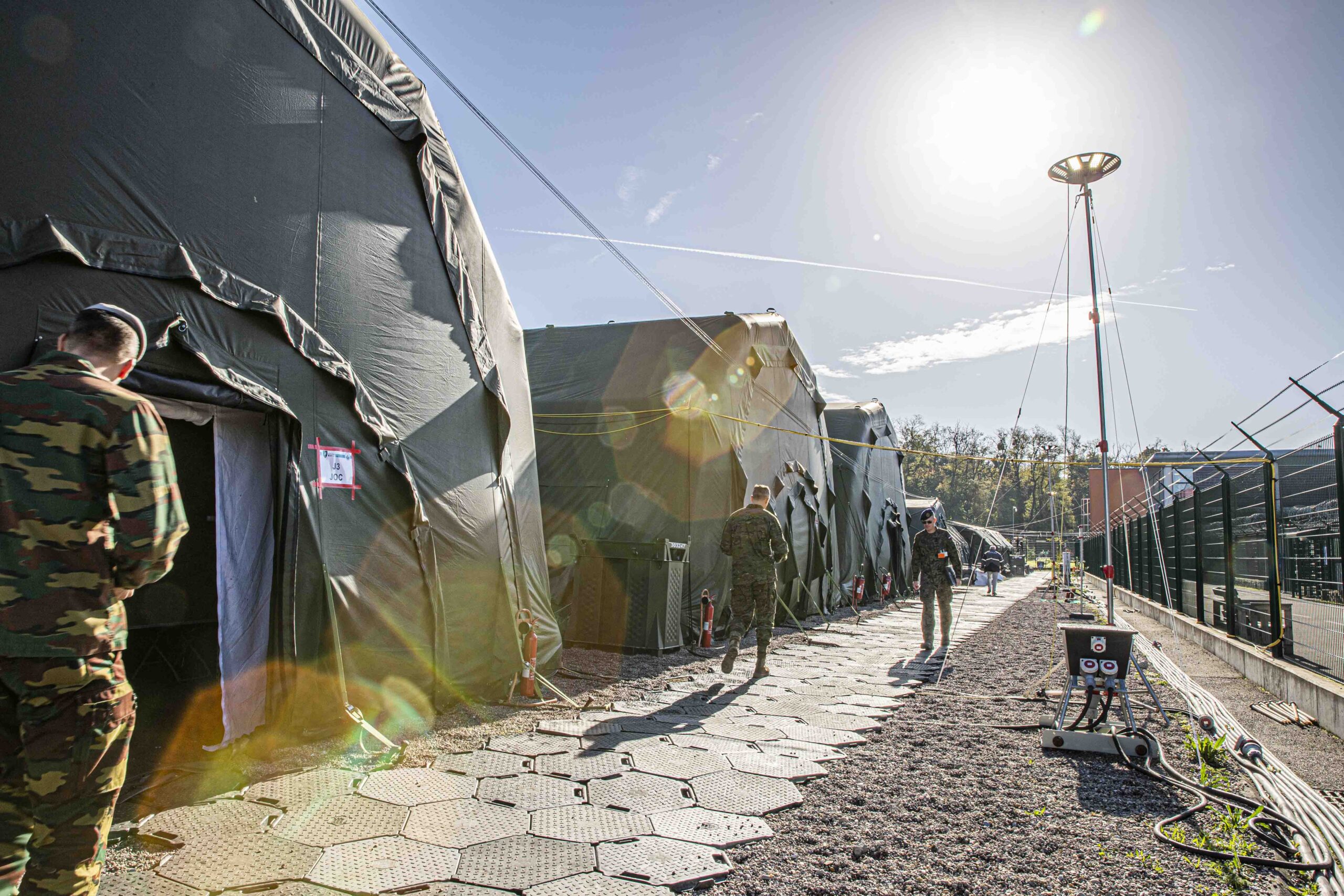 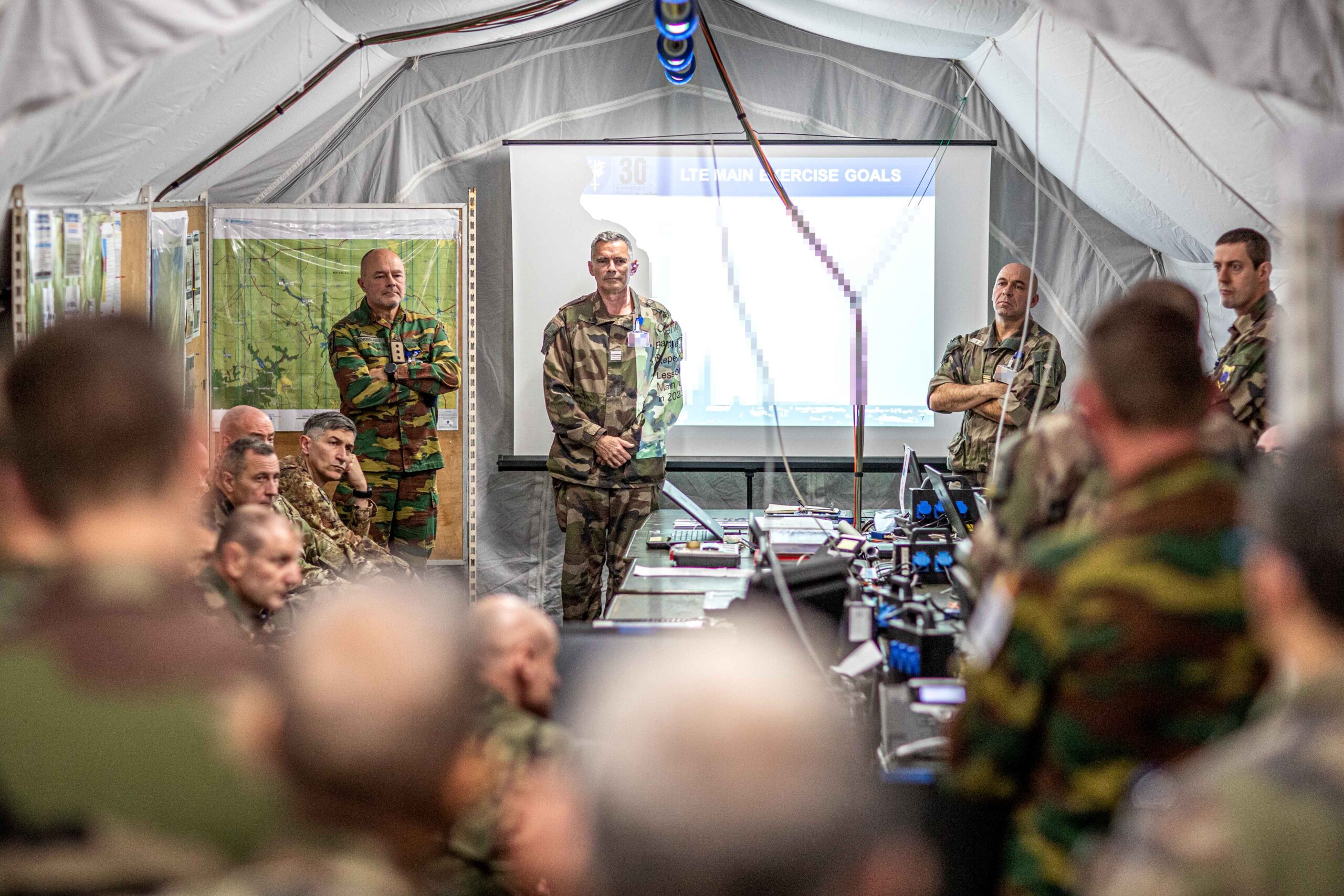 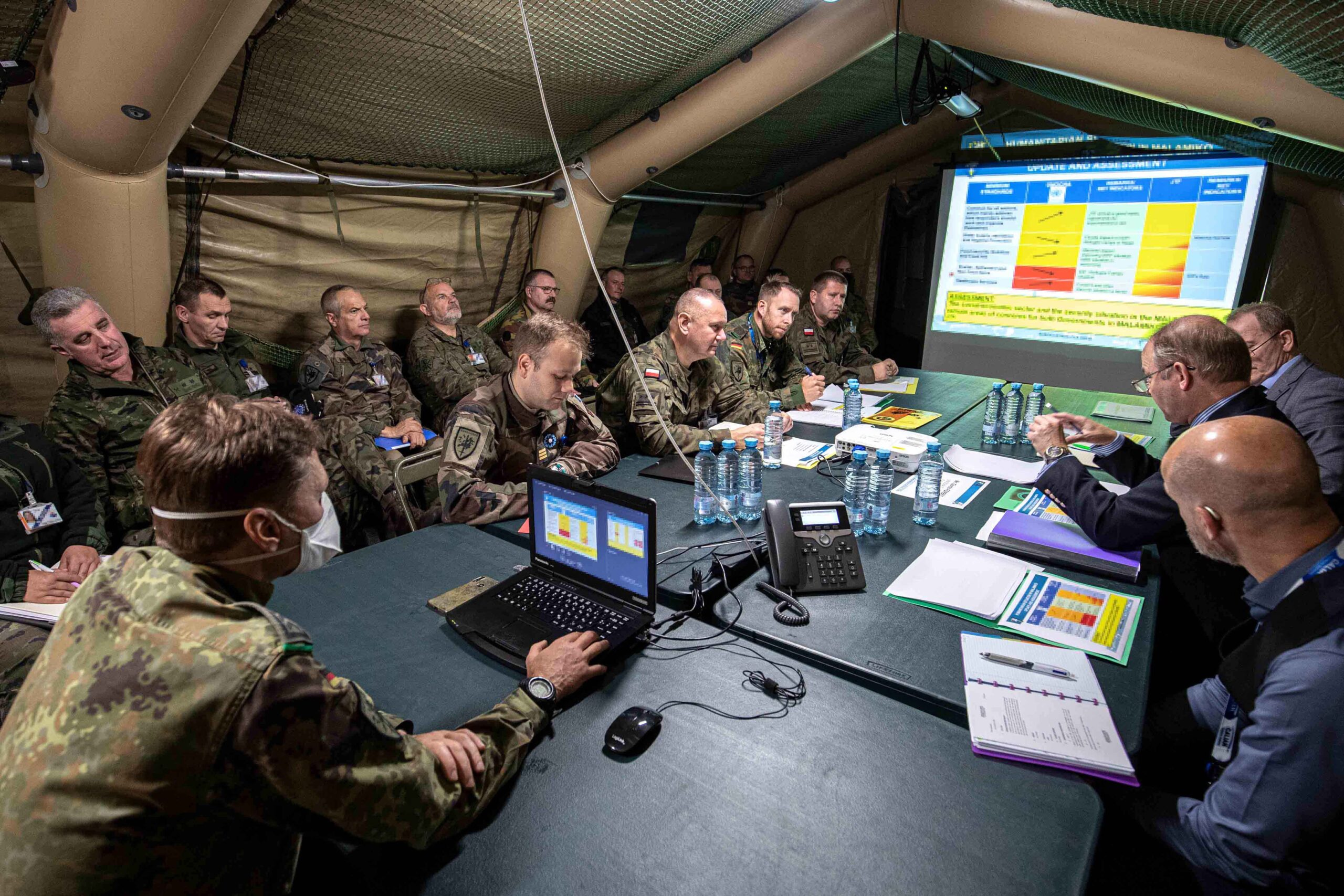 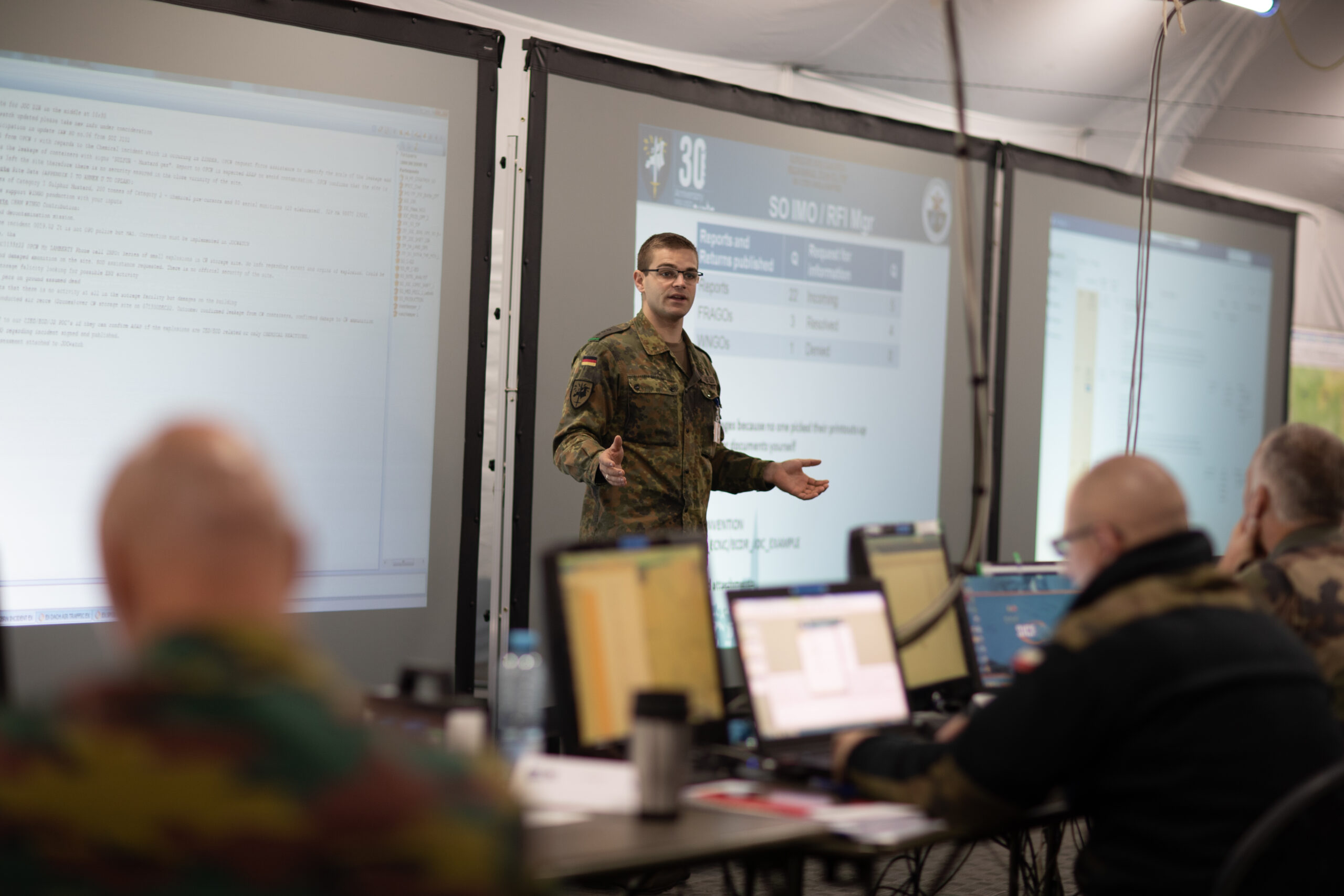 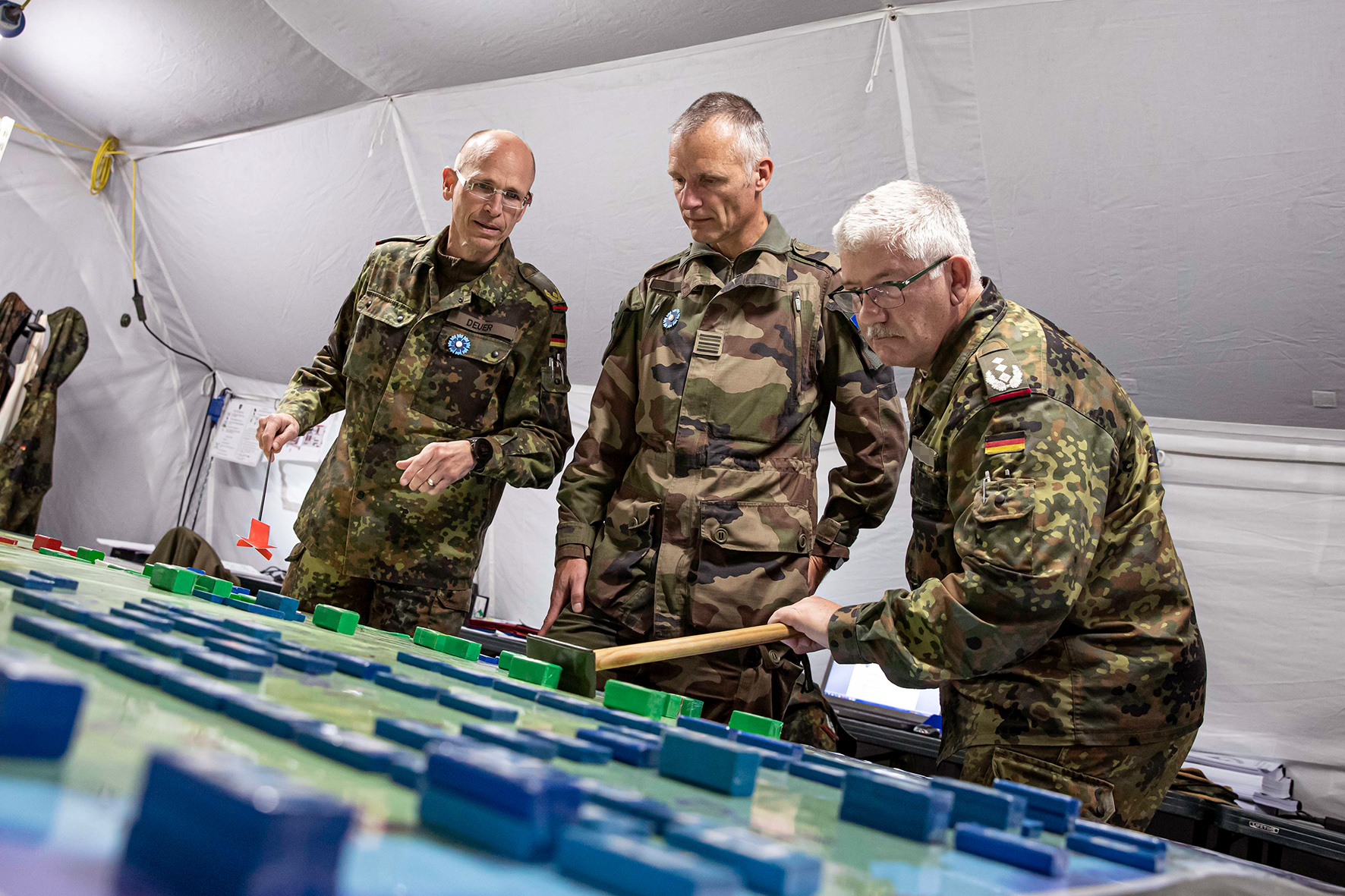 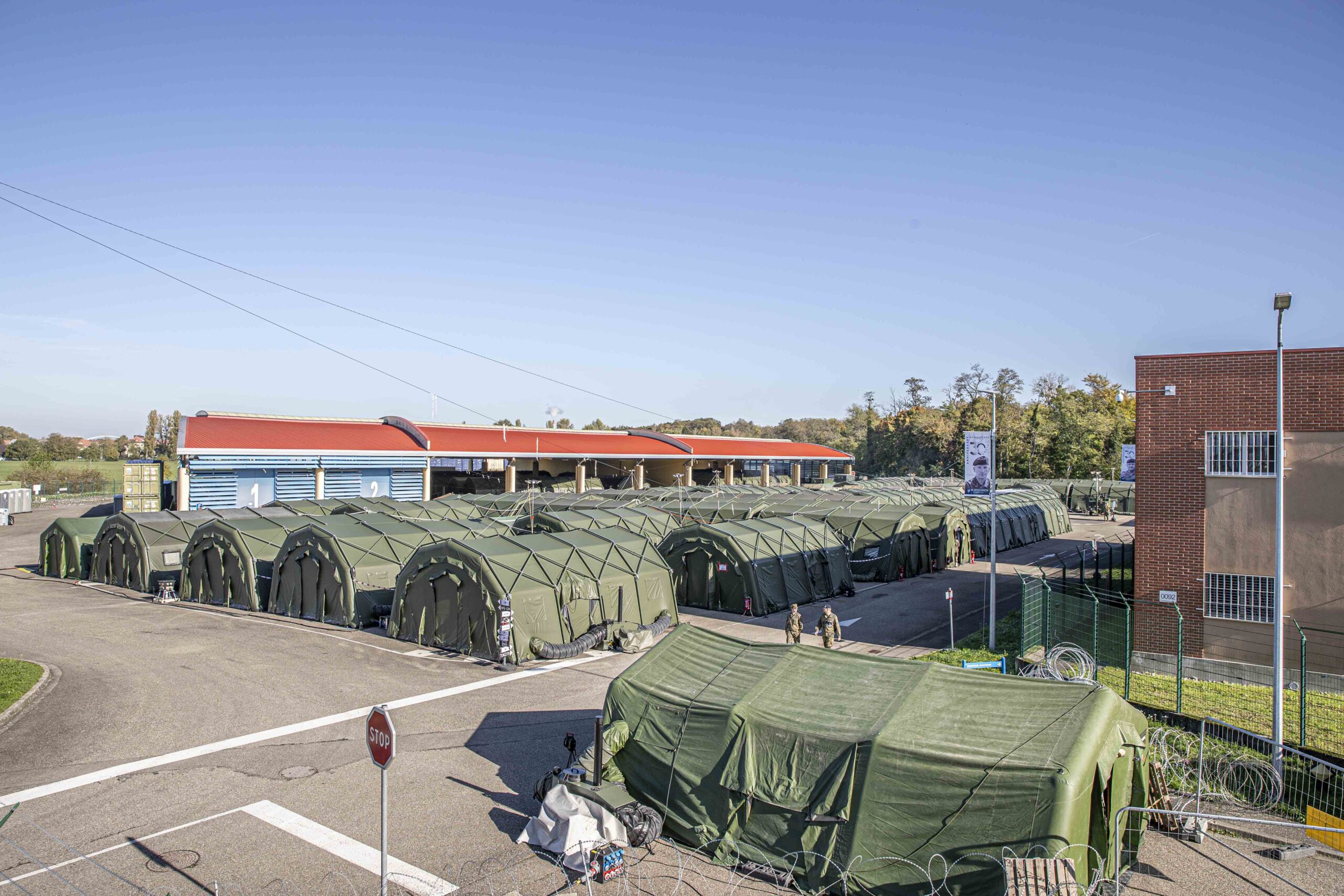