The commander of EUROCORPS is Lieutenant General Peter DEVOGELAERE from Belgium.
He assumed command on the 2nd September 2021.

The post of Commanding General is filled on a rotational basis of two years. He is responsible to the EUROCORPS Common Committee, the political-military decisive body representing the Framework Nations. 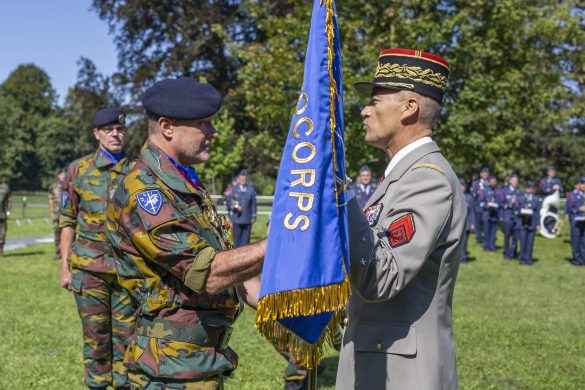 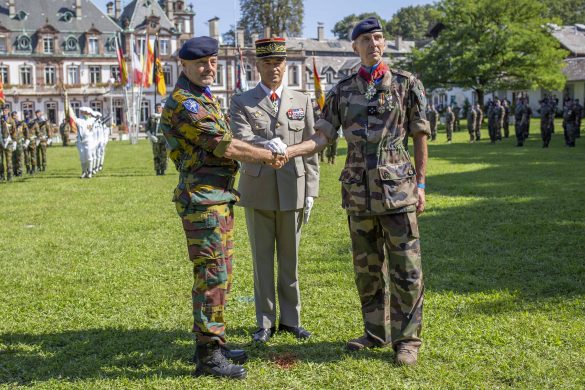 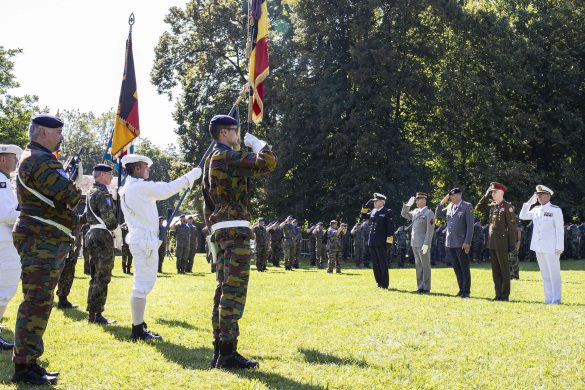 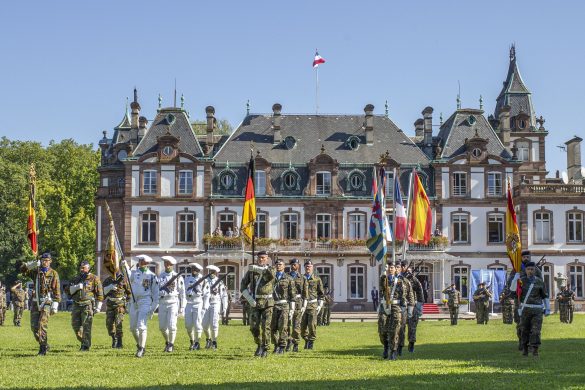 In 1980, Lieutenant General DEVOGELAERE started his career at the Royal Military Academy as a cadet in the 120th “Combined arms” Class.

He was then appointed as an instructor at the ILRRPS (International Long Range Reconnaissance Patrol School) in WEINGARTEN, Germany from 1992 till 1994. After completion of the Major’s course, he was appointed to the Infantry School as a tactical instructor for the benefit of company commanders and officers applying to become Major. In 1997, he served as Operations and Training Officer for the 3rd Paratrooper Battalion.

After the General Staff Course at the German Command and Staff College (Führungsakademie) in HAMBURG (1999-2001), he was appointed Plans & Policy Officer (G5) at EUROCORPS from 2001 to 2003. Upon returning to Belgium, he served as Operations and Training Officer with the Paracommando Brigade, then at the IRCC (Immediate Reaction Capability Command).

In 2005, he took up the command of the 3rd Paratrooper Battalion, deploying with a detachment to the BELUFIL mission in LEBANON.

In 2007, he joined the Land Component Staff as Synthesis Officer for the Operations and Training Cell, then as Operations Officer (G3) in 2009, and finally as Chief of Staff (2012).

As part of his operational and command functions, he participated in a handful of shorter missions to AFGHANISTAN and DR CONGO throughout this period.

On December 19, 2016, temporarily commissioned Brigadier General, he took over command of the European Training Mission in MALI, until July 12, 2017. He was promoted to Major General on June 26, 2017.

From August 16, 2017, he was appointed Director of Operations in the Cabinet of the Minister of Defense.

In December 2018, he became Director General Policy in the Cabinet of the Minister of Defense.

On 19 October 2020, he was appointed Inspector General of the Belgian Armed Forces.